Brexit: and the future of infrastructure projects in the South-West

There seems to be an added determination to steam full ahead with big infrastructure projects following the Brexit vote:
Post-brexit funding gap for key eu-backed projects set to cost £4.5bn a year | Daily Mail Online
CECA: Successful Brexit must be based on major infrastructure - news from The Construction Alliance

There is a certain kudos in 'mega' projects:

We need to raise our ambition on mega-infrastructure projects 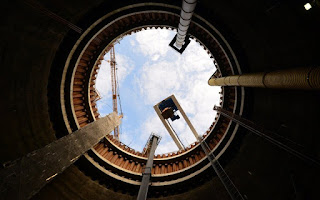 As commuters, we are only too aware of the increasing strain being put on our roads and railways.
The problem we all face on our crowded journeys to work is one of capacity, and this acutely highlights the need for sustained infrastructure investment across our transport network in the years ahead.
For Londoners at least, Crossrail will help alleviate congestion when it opens in 2018. Although improved journey times have been heralded, it is the additional capacity and reduction in overcrowding across the capital’s transport network which will prove revolutionary.
Yet large-scale infrastructure projects should not stop with Crossrail. The UK has a number of mega projects in the pipeline, from a new runway in the South East, to the Thames Tideway Tunnels and new railways including High Speed 2.
And for good reason too – as the chancellor Philip Hammond reminded us in his party conference speech this week, infrastructure is fundamental to strong, sustainable, long-term economic growth. The statistics speak for themselves. It is estimated that every £1 spent on construction projects generates £2.84 in economic activity, 90 per cent of which stays in the UK.
Take HS2 as an example. This will be an iconic rail infrastructure project which will further free up much needed capacity on the existing network and will dramatically improve journeys between London, the Midlands and the North.
From HS2 to Crossrail: We need to raise our ambition on mega-infrastructure projects | City A.M.

And would like a little less 'ambition' and more 'modesty': 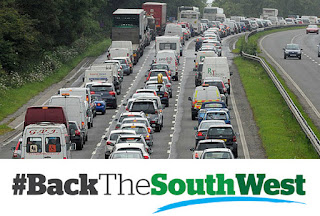 We must speak with one voice to push our case, writes Kim Conchie, chief executive of Cornwall Chamber of Commerce.
If we, the people and businesses on the peninsula, don't 'Back the South West' we are going to let the newly-empowered post-Brexit UK Government get away with running a two-speed Britain.
READ: Back the South West: WMN launches campaign to boost financial fortunes of the Westcountry
The CEOs of the five accredited South West chambers of commerce declined to sign a letter from the British Chambers to the Treasury last year calling for the decision on HS2 to go ahead; not because we are against infrastructure projects to help business – of course we are in favour of government investment to make doing business easier.
But we felt that an undue amount of money and emphasis was being placed on this massively expensive debatable project at the expense of the South West. Research in 2014 indicated that places further than 50 miles away from the route of HS2 would be negatively impacted as businesses would cluster around this spine. There's nowhere further from HS2 than Cornwall.
This is why I have written an open letter to the Chancellor, copied to our MPs and Lords, to ask that the essential infrastructure projects that were to be financed by EU money, and which many Cornish businesses have already planned their own strategies around, are given the go-ahead in the Autumn Statement on November 23.

This is part of the drive to focus attention on the region's economy:
South West Growth Summit | Devon and Cornwall Business Council
Futures Forum: Brexit: and the Devon economy growing - but more slowly

However, looking at the bigger picture, it's not clear what the costs are - financial, social, environmental - or indeed who will pay for all of this:
Futures Forum: Investing in roads in East Devon: who pays ... and who benefits?
Futures Forum: We are all truck-drivers now ... The free movement of goods, increased carbon emissions and the destruction of manufacturing industry
Futures Forum: How sustainable is the construction industry? ... 'Concrete is responsible for 7-10% of CO2 emissions' ... 'The industry must shift its emphasis beyond recycling and towards reuse'

The biggest such project in these parts is on the Somerset coast - where there were initial doubts
Futures Forum: Building Hinkley >>> the response from the South-West

And now it is going ahead:
Futures Forum: Brexit: and building Hinkley

The head of UK infrastructure at the legal firm DLA Piper writes about where we should be going in the Telegraph: 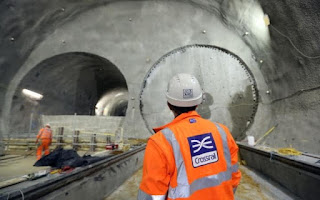 Infrastructure ignites passionate debates. Politicians in particular often use it as part of utopian rhetoric about building a brighter future. The reality of flagship infrastructure projects, however, is often very different, as long-mooted projects descend into a farrago of criticism and delays.

This has been exacerbated by the Brexit vote, which has led some to question whether the UK remains “open for business” with a long-term industrial strategy which will attract foreign direct investment, and drive economic growth.
Not only does the UK need major infrastructure building programmes to boost its economy, Brexit offers the UK a golden opportunity to rewrite the infrastructure rulebook and get projects “shovel-ready”. For years the UK led the world with procedural clarity for its infrastructure projects.
We must generate the same confidence again in the major economic infrastructure this country needs, and keep pursuing new mechanisms to release funding for the infrastructure asset class.
Infrastructure lies at heart of the UK’s ambition to expand beyond Europe

However, the engineering industry is worried: 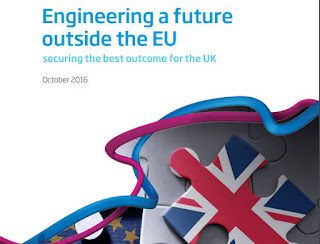 Led by the Royal Academy of Engineering, Engineering a future outside the EU: securing the best outcome for the UK has been designed to inform government of the key issues – people and skills, finance and markets, plus standards and legislation – that influence Britain’s engineering sector as it forms its position on leaving the EU.
In doing so, it hopes to protect and build on the engineering sector’s contribution of £280bn GVA to the economy, warning that Brexit should not hinder skilled engineers from the EU contributing to the success of Britain’s engineering sector.
The report notes that uncertainty about the status of EU workers in the UK is likely to result in delays to major infrastructure projects such as HS2, Thames Tideway and Hinkley Point C, which will face recruitment difficulties and increasing costs if demand for labour outstrips supply.
Industry pushes for Engineering Brexit report aims at Governmentpost-Brexit assurances | The Engineer
Engineering Brexit report aims at Government

Specifically, there could be implications for the Hinkley project - especially over UK companies being able to deliver:

Brexit could hurt Hinkley nuclear progress
By Diarmaid Williams - International Digital Editor
Brexit could have damaging implications for the development of the Hinkley Point C nuclear power project.
The project has already overcome legal obstacles, conflict within the EDF board, delayed UK government approval and other various issues, but Brexit now threatens the ability of the project’s developers to bring in the skilled personnel it needs to produce the facility.
City AM reports that the engineering industry, which contributes £280bn to the economy, has said that a restriction on access to skills could delay the building of major infrastructure projects such as Hinkley Point C as it increases the expense for projects if demand for skilled engineers outstrips supply...
In terms of specific implications for personnel required by UK nuclear, the Nuclear Industry Association's Capability Report is informative...
Plant and equipment supply is identified in the report found here as a particular pain point without bringing in sufficient expertise.
"The UK currently does not have the capability to supply the key items of reactor, pressure vessel, steam generators, turbine generators, ultra-large forgings and reactor coolant pumps. There are only a very few companies in the UK who could possibly develop this capability, but the cost and timescales are very demanding and the business cases for investment are currently not attractive. These key items will therefore be supplied from the few companies in the world that have this capability." 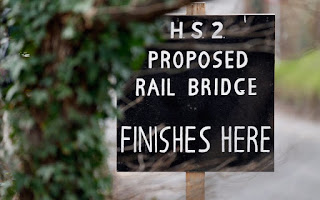 Some of Britain's biggest infrastructure projects could face serious delays as a result of Brexit, the country's top engineers have warned.
The engineering industry, which contributes £280bn to the economy, has said that a restriction on access to skills could delay the building of major infrastructure projects such as HS2 and Hinkley Point C power station, which was given the green light just weeks ago after months of wrangling.
Brexit could also push up the costs of the already high-price projects if demand for skilled engineers outstrips supply.
The Royal Academy of Engineers is calling on the government to guarantee access to the much-needed skills in a new report, published in the wake of Prime Minister Theresa May's move towards a so-called hard Brexit, which would include a crackdown on immigration.
A speech by home secretary Amber Rudd at the Conservative party conference outlining plans to tighten visa rules were met with outrage from businesses and entrepreneurs.
While the group, which represents nearly half a million engineers in the UK, welcomed a renewed focus on the UK's industrial strategy, it warned that access to skills, as well as research and funding, could jeopardise the UK's global competitiveness. Engineering businesses account for half of all exports and employ 5.5m people in the UK .
Engineers are calling for the vocation to be added to the government's shortage occupation list, an index of jobs for which recruitment can be made from outside the UK. Temporary visas should be granted to those from EU countries to plug the skills gap and procedures for moving staff across borders within a business should be extended.
“Engineering makes an enormous contribution to economic and social progress in the UK, and we have heard from a significant cross-section of the engineering profession that leaving the EU poses a real challenge to this contribution," said Professor Dame Ann Dowling, president of the Royal Academy of Engineers.
The group also warned that the UK risked losing its reputation as a leading centre for innovation without the access to research collaboration and funding from the EU. Academics in the UK have already reported troubles with joint projects.
Hard Brexit without skills access could delay HS2 and Hinkley Point C, warns Royal Academy of Engineers | City A.M.

Meanwhile there will be the issue of finding the cash to pay for all of this:
BREXIT: UK infrastructure will have trouble raising funds as Brexit approaches, says EIB head
EIB chief warns UK will struggle without cheap EU loans - Financial Times

And there will be the issue of finding the cash to pay for the decommissioning of such projects:
Hinkley Point C developers face £7.2bn cleanup bill at end of nuclear plant's life | Environment | The Guardian
Nuclear Provision: explaining the cost of cleaning up Britain's nuclear legacy - Publications - GOV.UK
.
.
.
Posted by Jeremy Woodward at 08:06