Brexit: and the construction industry in the West Country

However, Plymouth seems to be doing very well - but - but there is the nation-wide shortage of construction workers and professionals:
"Brexit could worsen construction skills crisis" | Tyne Tees - ITV News

Although this was a problem well before the referendum:
Building projects under threat from shortage of construction workers - Telegraph
UK needs plumbers, builders and engineers as skill crisis hits economy | Business | The Guardian 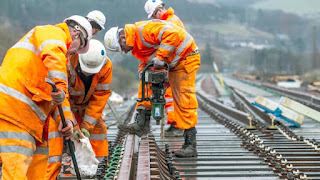 Big infrastructure and housebuilding projects will be at risk if skilled builders from the EU are not allowed to remain in the country after Brexit, groups from across the construction industry have warned.

More than 100,000 construction workers from elsewhere in the EU were working in the UK in 2014, according to the National Institute of Economic and Social Research, as part of a 2.1m-strong construction workforce.

It's becoming a real problem for the 'Building Plymouth' project underway:

Plymouth building boom at risk from shortage of workers 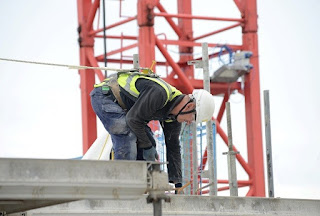 Plymouth's construction boom is at risk if the industry cannot recruit enough workers, a major summit has heard.

More than 100 leading names from the construction and education sectors met in Plymouth and were told more needs to be done to fill job vacancies. They heard posts are unfilled across the industry – and it is worst in the professions.

About 60 per cent of all job vacancies are for professional posts such as quantity surveyors, estimators and site managers.

With the city undergoing its largest growth spurt since its post-World War Two rebuild there are fears the building boom could be curtailed.

Immediately after the referendum, the industry was clear about what it wanted:
Construction industry says 'keep the Polish workers coming' | Plymouth Herald

The problem is the lack of 'home-grown' skills:

Why are Plymouth kids shunning careers in construction? 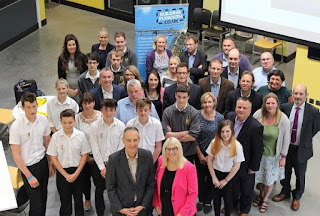 Plymouth's building surge is expected to increase for at least another four years but could be hit by a lack of skilled workers, a conference has heard. Key employers working on some of the biggest and most ambitious projects in the city are concerned there are not enough staff with the right qualifications to support the burgeoning sector.

They say there is a particular dearth in the professions associated with getting projects to the actual build stage: such as architects, designers, planners, surveyors and project managers.

Why are Plymouth kids shunning careers in construction? | Plymouth Herald