Brexit: and the Devon economy growing - but more slowly


Delegates sign up for South West Growth summit addressed by Sajid Javid
By WMNJBayley | October 06, 2016
It will also feature two high-profile panel discussions, chaired by Bill Martin, editor of the WMN, and including MPs, chief executives and the chairs of the region’s Local Enterprise Partnerships.
The panels will discuss how the South West can secure both investment in infrastructure and skills to enhance the region’s productivity in the years ahead. One outcome of the summit will be the creation of a South West Growth Charter, setting out what commitments the region needs from central Government ahead of the Autumn Statement and what growth opportunities the region can offer.
Chris Loughlin, chief executive officer at Pennon Group, said: “The South West has a strong and diverse business community. We are delighted to be bringing together its business and political leaders in one room to promote continued growth and success. We recognise that a focus on infrastructure improvements and the ability to attract and retain vital skills are key. We are looking forward to a lively discussion about how best to ensure a bright economic future for the region, its people and its communities.”

This will happen in the context of conflicting news stories - and, as always, it depends how you interpret them.

A week after the above piece, the Plymouth Herald was less upbeat: 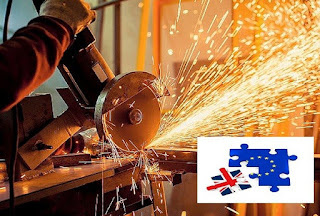 BREXIT BOOST: Manufacturers have thrived since the Brexit vote
Devon Chamber of Commerce is calling on the Government to boost business in the South West as a new report warns the economy is in a Brexit-related slowdown.
The Chamber wants Chancellor Philip Hammond to approve key infrastructure projects and introduce measures that "crowd in" business investment and job creation, in his November 2016 Autumn Statement.
It comes as the new British Chambers of Commerce (BCC) Quarterly Economic Survey suggests near-term uncertainty following the Brexit vote has led businesses to lower their expectations for hiring, turnover, and investment in plant, machinery, and training.
It shows manufacturers have enjoyed improved domestic and export sales compared with the previous quarter, with some benefiting from sterling's recent fall.
But the balance of service sector firms reporting improved domestic and export sales was at the lowest level seen since 2012.
The report – Britain's largest and most authoritative private sector business survey, based on more than 7,000 responses from firms in Q3 2016 – is the first to cover the period after the June 23 EU referendum.
It suggests Devon's economy is still growing, albeit at a lower level than before the referendum and supports the BCC's forecast for growth of one per cent in 2017.
It is the second report in two days to suggest the regional economy is in slowdown.
The Loyds Bank Regional PMI said South West firms have been receiving more orders and creating jobs following the Brexit referendum – but the economy's growth is slowing and prices are now on the increase.
The BCC survey highlights that the fall in sterling has made some UK manufacturers more competitive.
But the balance of services firms reporting improved domestic sales fell sharply, indicating a significant slowing of growth.
Fewer firms in both sectors are reporting that they are confident turnover and profitability will improve in the next year, although both remain positive
And firms in both sectors have reported the exchange rate is a greater concern to their business than three months ago.
George Cowcher, chief executive of Devon Chamber, said: "Although it is important not to take one quarter's figures in isolation, our survey does show growth has slowed further in Devon since the EU referendum.
"Boosting business must be a key task for government in the months ahead, particularly as forward confidence on turnover and profitability has flagged for firms across the UK. The Prime Minister has given businesses some clarity on the timetable for Article 50, and on short-term regulatory and legal issues.
READ NEXT: New Business group wants regional investment
"This is helpful, but needs to be followed up by a firm demonstration that the Government has a clear and coherent strategy to defend the UK's economic and business interests in the negotiations that lie ahead. Devon firms are concerned over investment, hiring, and profitability. The Chancellor's Autumn Statement is a crucial opportunity to incentivise business investment and overseas trade. Devon Chamber of Commerce will continue to gauge views of its members to lobby Government for measures to support business."
Plea for Government aid as SW economy suffers Brexit related slowdown | Plymouth Herald

Predictably, the pro-Remain MP for Exeter is all 'doom and gloom';
'Full Brexit' would do 'untold damage' to Devon's economy, warns Ben Bradshaw | Exeter Express and Echo

However, it is not clear whether 'direct foreign investment' from outside the EU is going to help the South-West's economy - or if it's what's really wanted:
Futures Forum: Foreign Direct Investment ... vs ... supporting locally-owned small businesses

As this comment from another, earlier upbeat piece from the Plymouth Herald on the South-West Growth Summit suggested:

Not sure I see the relevance of the leading story about Ideal Foods winning a contract with China a year ago. Other perhaps to prove that we do not need Brexit to gain exports outside the EU?
Devon and Cornwall's businesses are key to investment confidence post-Brexit | Plymouth Herald
.
.
.
Posted by Jeremy Woodward at 08:31