We seem to be getting somewhere - and the Town Council has agreed to the County Council's plans:
Backing given to plans for new £500,000 inland Alma Bridge in Sidmouth | Devon Live

With a report from the Herald: 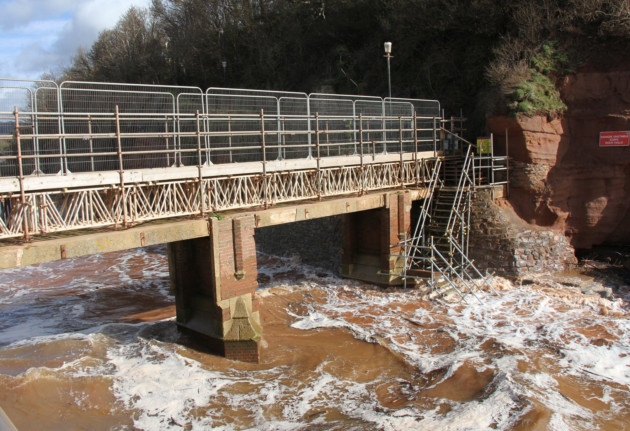 A £500,000 replacement for Alma Bridge – predicted to protect the crossing for the next 50 years – has won the backing of civic leaders. 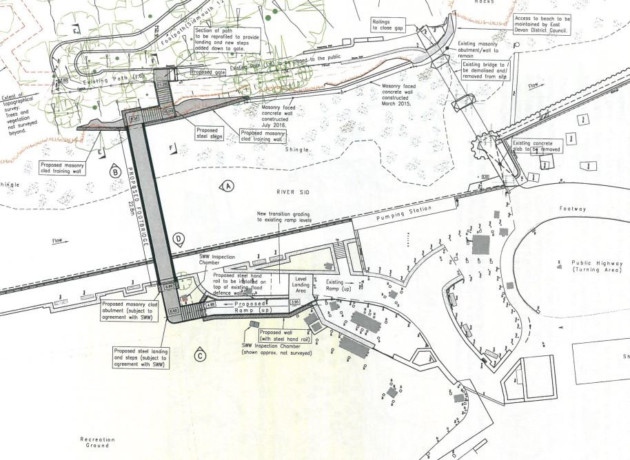 Devon County Council's plans to replace Alma Bridge with a new single-span structure 45 metres upstream. If approved, it will connect the Ham and a realigned Hanger Path
Devon County Council (DCC) had been looking into a ramped option, but that proved prohibitively expensive, so it is now proposing a single-span structure with steps 45 metres upstream from the existing bridge.
Nick Jennings, the authority’s principle bridge engineer, presented the drawings to Ham trustee Sidmouth Town Council on Monday, where members agreed it is their best option, even if it is less accessible.
Mr Jennings said: “We had to go away from the ramped option on cost grounds – it would have cost well over £1million, and we would have needed to make alterations to Hanger Path on top of that. If we want a bridge that we can afford and fits with the landscape, we have to use steps.
“We’re hoping it will cost in the region of £500,000.”
The new stepped option will also require Hanger Path, on the east of the River Sid, to be realigned, but cliff erosion means it is likely to be diverted inland in 20 years’ time regardless.
Mr Jennings said using steps, rather than a ramp, will reduce the impact on the Ham.
The foundations of the current Alma Bridge were severely damaged by flooding in 2012 and scaffolding has since been in place to keep the crossing open. DCC has long been considering replacement options, but must satisfy stakeholders including Natural England, which would not support rock armouring.
The new bridge would also have to fit with East Devon District Council’s beach management plan for Sidmouth, but the defences it implements may extend its lifespan.
Mr Jennings’ report to the town council says continued cliff erosion will eventually affect Alma Bridge and closure is inevitable – possibly within one to four years.
In the longer term, the pumping station and flood wall could also become vulnerable.
Considering the new stepped option, town council chairman Councillor Jeff Turner said: “This is probably as elegant a solution as we can achieve within the budgetary constraints.”
Ramps on the bridge would have kept it more accessible, but Cllr Ian McKenzie-Edwards said the one-in-six gradient means Hanger Path is already ‘challenging’ for those in wheelchairs or mobility scooters, who can cross the River Sid at Mill Street to rejoin the South West Coast Path.
Cllr Stuart Hughes, Devon’s bridges champion, said: “We are committed to finding a solution. Hopefully, before the end of 2017/18 financial year, we can start work on this.”
Members unanimously voted to support the new option.
The proposals require a hole to be cut in the training wall, but the bridge features its own flood defences to protect the town.