Last week, it was made very clear that climate change is happening:
For Some Arctic Plants, Spring Arrives Almost a Month Earlier - The New York Times

It was the case last year too:
Futures Forum: Climate change: 'season creep' and an early spring


Spring is arriving earlier than ever across the northern hemisphere, according to new research.
Leaves are starting to come out up to 22 days early across most of the south-eastern United States, while a species of sedge in Greenland is emerging from winter some 26 days earlier than just a decade ago.
In the UK, spring arrived later than last year, but the Woodland Trust still reported it was “well and truly on its way” on 3 February with snowdrops and hazel catkins recorded across the UK.

Snowdrops started flowering on 17 December, although the average reported date was 27 January; hawthorn and sycamore bud bursts were seen on 1 January and the first wasp queen was spotted on 11 January.
Such tangible signs of global warming are potentially dangerous as natural rhythms that have existed for thousands of years are getting out of sync.
A recent study of the emergence of different species in Greenland over a 12-year period found some were essentially entering their spring up to nearly three days earlier each year, while others were moving forward in the calendar by about half a day a year.
One of the researchers, Dr Eric Post, of the University of California Davis, who has been studying the Arctic for 27 years, told the Climate Home website: “When we started studying this, I never would have imagined we’d be talking about a 26-day per decade rate of advance.
“That’s almost an entire growing season. That’s an eye-opening rate of change.” 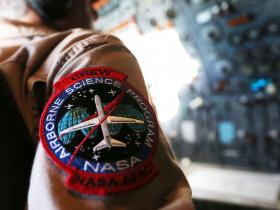 Caribou migrate to the site they studied at Kangerlussuaqduring the calving season, but their movements are governed by the length of the day, rather than temperature, which is used by the plants.
By the time the caribou arrive, the plants are less nutritious so more calves are dying young.
“That’s one example of the consequences of this for consumer species like caribou, who have a limited window to build up resources before going into the next winter,” Dr Post said.
The US Geological Survey produced a map showing a marked “spring leaf anomaly” across the south-east of the country.
“Get your flip-flops and shorts out because spring is arriving very early this year – at least two to three weeks early across almost the entire Southeast, from San Antonio to Atlanta to Washington, DC,” it said in a recent web post.
“This unusually early spring is likely to keep rolling north, already bringing surprising signs of spring to portions of the central Midwest and north-eastern states.”

Punxsutawney Phil – the supposedly weather-forecasting groundhog made famous by the film Groundhog Day – could not be blamed for “being baffled this year”.
“He predicted six more weeks of winter on 2 February, but by then spring was already springing well ahead of historical norms in much of the USA,” the USGS said.

Spring advancing at an 'eye-opening' pace in tangible sign of global warming | The Independent
.
.
.
Posted by Jeremy Woodward at 09:35