Earlier this month, the developer at the proposed quarry near Ottery put in another application:
Futures Forum: Quarrying in East Devon > second Straitgate planning application submitted 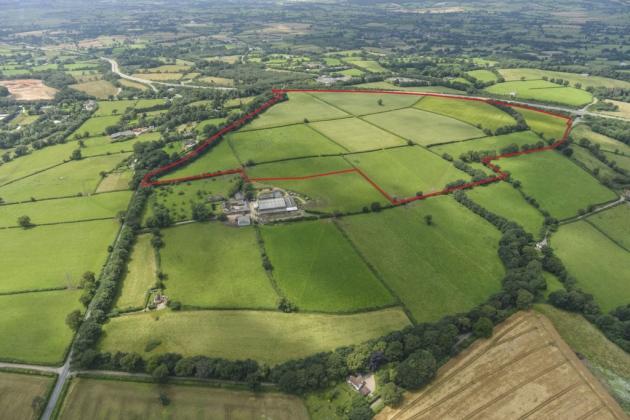 Plans for a 100-acre quarry on Ottery’s outskirts have been labelled as ‘unsustainable’ and ‘irresponsible’ by objectors.
Residents and councillors spoke out at a planning meeting this week about proposals by Aggregate Industries (AI) to extract up to 1.5million tonnes of sand and gravel at Straitgate Farm.
The application also includes the restoration to agricultural land and the temporary change of use of a residential dwelling to a quarry office and welfare facility.
AI proposes to carry the extraction out over a period of 10-12 years and make a ‘maximum’ of 86 deliveries a day.
In a report to the council, Councillor Roger Giles said the proposals would result in lorries travelling 2.5million miles - raising concerns of traffic on the B3174.
He said: “The B3174 road between Daisymount and Ottery St Mary is by far the busiest road to Ottery. The town council has very serious concerns about the proposals to have laden lorries exiting the site and turning right across a heavy flow of fast moving traffic, and travelling slowly uphill along Exeter Road to Daisymount.”
Cllr Giles said the town council ‘strongly objected’ to the plans as there may be a flooding and pollution risk.
In its revised plans, AI proposes to send material from Straitgate to Hillhead Quarry, near Uffculme, instead of Blackhill Quarry, near Woodbury, for processing and distribution.
Before the meeting, protester Monica Mortimore, from Straitgate Action Group, said the number of lorries on the road would equate to one every three-and-a-half minutes for 10-12 years.
She added: “At a time when there are so many concerns about air pollution and climate change, these plans are not only unsustainable, but utterly irresponsible. Aggregate Industries have dropped their controversial plans to process on Woodbury Common, but these new plans make no sense either.”
The issue of traffic was also a concern for Toadpit Lane resident Gwen Martin, who told the meeting she previously lived near a quarry and moved to West Hill to ‘get away from it all’ and wanted to enjoy the ‘peace and quiet.’
She added: “A lot of people in Toadpit Lane are not in their prime of life and it’s difficult to get on to that road, especially as there have been a lot more houses built down in Ottery and it all goes very, very fast on that road. Now, if I have to compete with a whole lot of lorries coming out right opposite me, will I be able to get up the lane?
“It was noise all day, every day and night, seven days-a-week. There was a lot of light pollution because it was lit up and it was the dust pollution and everything.
“If we wanted to live in a big city, we could have gone and lived in a big city, but we’ve come to West Hill because there’s no street lights – it’s lovely and dark and you can see the stars and hear the birds and we will now have all this pollution.
“The cars will want to go faster on Exeter Road - they will want to pass them to get up faster and want to pass going down. So there will be accidents and that’s what we are worried about.”
A decision will be made by Devon County Council at a future date.