Many of us want to preserve our green belt:
Futures Forum: Persimmon, Sidmouth and greenfield sites
Futures Forum: Green Belts: the Seaton-Colyford 'green wedge'... a fourth application is refused, preventing 'harmful encroachment of urban sprawl into the open countryside'
Futures Forum: The Save Our Green Spaces campaign: greenbelt under threat

As well as against:
Futures Forum: Greenfield vs brownfield >>> "There are enough suitable brownfield sites for at least 1 million new homes."
Futures Forum: "Waste of Space" campaign to identify alternative sites: "More housing is needed in England and we support the Government’s policy that brownfield land should be used for new homes."

These issues were discussed on Radio 4 this evening - on the Moral Maze which went to Queen Elizabeth's Grammar School, Faversham in Kent: 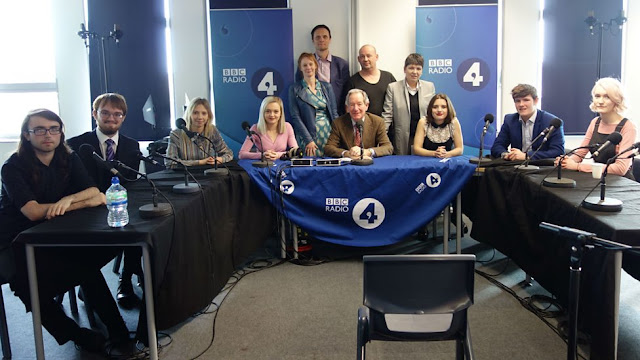 Morality of the Green Belt

When it comes to talking about home ownership in this country it quickly divides in to the "have's" and "have not's." According to the OECD fewer than half of low to middle income families are now able to afford to buy a house and some campaigners estimate that, by 2020, families earning the National Living Wage would be unable to afford to buy homes in 98 per cent of the country.

The answer, according to many, is radical deregulation of the planning laws and building on the greenbelt. 8 million new family homes could be built if just 2% of the greenbelt was handed over to developers.

To those threatened with the prospect of bulldozers arriving in a field near their home, it will mean urban sprawl and the destruction of large swathes of natural countryside so that builders can make a quick profit.

Economists argue that when the greenbelt was created in 1955 it arbitrarily distorted the market for building land.

But the current housing crisis is about moral issues too and in such a polarising debate it's vital that we're able to identify them to get the root of the issue.

How do we draw the line between legitimate self-interest and Luddite nimbyism?

People talk a lot about inter-generational justice, but do we have an absolute moral duty to provide for the next generation whatever the cost?

How do we choose between conflicting moral goods?

We all love a beautiful pastoral scene, but does the physical landscape have a moral value beyond how it can be used in the service of mankind?

Obviously, having somewhere to live is a fundamental need, but is home ownership a moral good and even a human right?