Neighbourhood Plan: New survey for the Valley's youth >>> results out

The Herald reports on the results of the youth survey - and the expected next steps in the neighbourhood planning process: 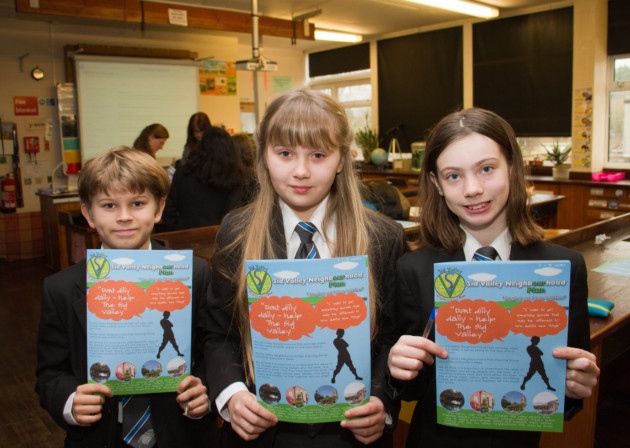 More than 700 young people completed survey to feed into final plan
The nine volunteers driving a project to shape the future of the Sid Valley have reflected on their year-long quest for information and opinions.
An ambitious, £46,000 proposal to create a Neighbourhood Plan for the parish was agreed by Sidmouth Town Council in December 2015 and went on to become a community-led initiative in March 2016 with the formation of a steering group.
These volunteers are now fine-tuning a final residents’ questionnaire and collating evidence to determine the need for more affordable housing – information that will feed into a final statutory document to influence developments for the next 15 years and beyond.
Chairman Deirdre Hounsom this week confirmed the group’s focus remains on ensuring that every voice – old and young – from across the parish is heard and she said there are exciting times ahead in the coming year.
From the first competition launched in schools to design the official logo, to numerous public information events, surveys and questionnaires, the final plan is designed to reflect the views and needs of the community it serves.
Mrs Hounsom said: “Determined to hear the voice of the valley’s younger generation, we asked pupils what questions they thought were relevant to the future as they saw it. Pupils helped with design and graphics for the two questionnaires completed by children and young people.
“More than 700 responses were received and a report will soon be available. We’ve received many comments about the lack of affordable housing in the Sid Valley. We needed hard proof of this and commissioned a housing survey, which will help us write the housing policies of the Neighbourhood Plan.”
She added that a consultation is under way with East Devon District Council (EDDC) on a draft infrastructure plan and revealed a proposed new access road into the Alexandria Estate, along with more leisure and cycling routes, could be on the cards.
Every householder can expect to receive a final residents’ survey – that is likely to include a specific housing needs study – this spring and everyone is urged to have their say to influence developments in their community.
To find out more, visit: www.sidmouth.gov.uk

Ambitious bid to shape the future of the Sid Valley gathers pace - News - Sidmouth Herald
.
.
.
Posted by Jeremy Woodward at 15:45