And rather than relying on deisel and deep ploughing, she suggested we promote the 'closed loop fertility' - for example:

I aim to grow vegetables in a way that uses little or no outside inputs. This means no manure, no fertiliser, no pesticides, no nothing. Of course this is going to be very difficult but over the last couple of years I have made headway. My back garden is now a rich dark loam with mid to high nitrogen. Vegetable gardening requires large amounts of fertility to create satisfyingly large vegetables. By taking them away and eating them we rob the soil of that fertility, which is why traditional veg growing (even organic growing) requires us to both manure and to use fertiliser to grow the sort of good quality vegetables we are used to buying in the supermarket or greengrocer.

What is wrong with importing manures and buying fertilisers?


Manure is made by animals which themselves require land and to be fed grain. The grain that feeds the animal that makes your manure also requires land to be grown, which in turn needs manure and fertilisers. And so on and so forth. Organic fertilisers and manures require large resources (land) to make, and synthetic fertilisers need large amounts of energy and fossil fuels to manufacture. In the future, when the fossil fuels run out (which they will) fertilisers and manures will become expensive or even unavailable (as in ww2, another resource limiting crisis) so using closed loop fertility techniques on our own plots will help us become self sufficient. Of course scientists may make the next great leap forward, find new ways to manufacture fertilisers without the use of fossil fuels and these techniques may become unnecessary, but let’s not rely on that entirely, eh?

If I am not going to import manure and fertiliser how exactly do I aim to grow said vegetables?

Well, I will use (and have been using) the following techniques: growing green manures, composting plant residues, composting household wastes, making nutrient rich teas and setting land aside (ie, not using it directly for growing food) to grow composting and mulching material. So, for example, I overwinter all empty parts of my plot with a green manure (usually a nitrogen fixer like winter tares). In the spring I will either dig the green manure in and sow a food crop two weeks later, mow the green manure, dropping it to the ground and forming a mulch then sowing a food crop into the mulch, or allow the green manure to mature over the summer and thus fixing quite useful amounts of nitrogen into the soil for a food crop next year. I will also compost all waste from the house including bills and newspapers. Because society does not yet accept the composting of human faeces (a method that let China’s agriculture remain sustainable for 4000 years), I am not going to do it. I do however pee into a watering can and from there feed my comfrey plants and compost heap. Though non gardeners may find this revolting it is a long standing practice and socially acceptable (at least in Britain). Nutrient rich teas can be made from my comfrey and compost (amongst other things) to give my plants a boost when they are flagging. But here’s the tricky bit – setting land aside to grow compost and mulch.

Another key idea Ruth talked about was 'biochar':

After years of investigating biochar, which promoters have touted as a potential climate change fix, DeSmog is releasing its findings on the science, claims, and controversy surrounding this approach to sequestering carbon.

Biochar is the product of plant or animal products (biomass) undergoing pyrolysis, a high-heat chemical reaction, to convert the carbon-containing biomass to a stable, non-decomposing form of charcoal. Introduced to mainstream audiences in a Time Magazine article from December 2008, biochar as a climate geoengineering technology has hit a number of peaks and valleys since then. In that time, its best chances at reaching commercial scales so far have failed, according to a new DeSmog report, Biochar: Climate Change Solution or False Hope?

Biochar's failure to date is due to a number of reasons, such as the lack of scientific consensus surrounding its ability to sequester carbon indefinitely, the vast amounts of land needed to produce biochar at a large enough scale to affect the climate, and the lack of legislative or regulatory frameworks required for investment in commercial-level production.

While some big money is pouring into biochar, particularly via the start-up Cool Planet Energy Solutions, the efforts to market the product as a climate solution appear stronger than the current scientific evidence on its CO2 sequestration capabilities. In fact, when the American Carbon Registry, which exists to promote carbon trading markets, analyzed the nascent biochar industry's business protocol for scaling up, the registry rejected the plan due to lack of scientific support surrounding its claims.

Released in March 2015, the registry's protocol review concluded that “the scientific literature does not provide sufficient evidence of the stability of soil carbon sequestration in fields.” A 2011 U.S. Government Accountability Office (GAO) report also poured cold water over the technological feasibility of scaling up biochar production.

Led by the trade association and lobbying group, the International Biochar Initiative (IBI), biochar has faded into the background in the two years since that report came out, and IBI's budget has plummeted.

The new DeSmog report shows that among the most enthusiastic supporters of biochar have been the oil and gas industry, which sees biochar as a tool to “offset” its fossil fuel emissions, particularly in North America.

For example, in Alberta, Canada, the biochar industry and the tar sands industry have attempted to team up to create a carbon offset scheme through the Alberta Offset System. IBI also led a lobbying effort to insert biochar into the American Clean Energy and Security Act in 2009 (best known as the Waxman-Markey carbon offsets bill), and into another stand-alone bill called the WECHAR Act.

Cool Planet's business plan, meanwhile, appears to be the biochar industry's best hope of scaling up in the U.S. However, its science remains unproven, lacks the scientific standard of peer review, and is considered proprietary business information.

The other major effort to scale up biochar in the U.S., led by the company Mantria, ended in a major federal fraud lawsuit. The U.S. Department of Justice charged the company's executives with promulgating what has been described as the “biggest green scam to date in the United States.”

These details and much more can be found in DeSmog's new six-part report on biochar:

Momentum on biochar as a climate salvation, for now, has reached a relative standstill. But the industry has already written the playbook for pushing its product, and should that momentum turn around in the months and years ahead, the biggest question will be: Can research confirm biochar's potential as a climate change solution, or is it just another form of greenwashing?

The idea of keeping carbon in the soil has been around for some time:
Soil carbon sequestration to mitigate climate change
Soil Carbon Storage | Learn Science at Scitable

The UN's Food and Agricultural Organisation has just been meeting to consider the issues:


What is Soil Carbon Sequestration? 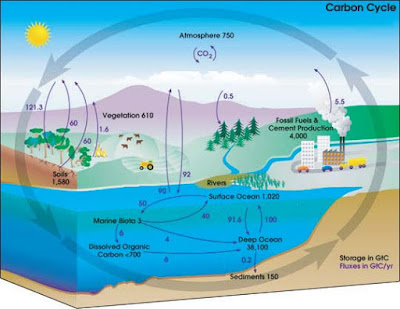 Atmospheric concentrations of carbon dioxide can be lowered either by reducing emissions or by taking carbon dioxide out of the atmosphere and storing in terrestrial, oceanic, or freshwater aquatic ecosystems. A sink is defined as a process or an activity that removes greenhouse gas from the atmosphere. The long-term conversion of grassland and forestland to cropland (and grazing lands) has resulted in historic losses of soil carbon worldwide but there is a major potential for increasing soil carbon through restoration of degraded soils and widespread adoption of soil conservation practices.

FAO is concerned with the effect of agriculture on climate change, the impact of climate change on agriculture and with the role that agriculture can play in mitigating climate change. Historically, land-use conversion and soil cultivation have been an important source of greenhouse gases (GHGs) to the atmosphere. It is estimated that they are still responsible for about one-third of GHG emissions.

However, improved agricultural practices can help mitigate climate change by reducing emissions from agriculture and other sources and by storing carbon in plant biomass and soils. The work of FAO aims to identify, develop and promote cultural practices that reduce agricultural emissions and sequester carbon while helping to improve the livelihoods of farmers, especially in developing countries, through increased production and additional incomes from carbon credits under the mechanisms that have emerged since the Kyoto Protocol.

The objective is to reverse land degradation due to deforestation and inadequate land use/management in the tropics and sub-tropics through the promotion of improved land use systems and land management practices which provide win-win effects in terms of economic gains and environmental benefits, a greater agro-biodiversity, and improved conservation and environmental management and increased carbon sequestration.

The development of agriculture during the past centuries and particularly in last decades has entailed depletion of substantive soil carbon stocks. Agricultural soils are among the planet's largest reservoirs of carbon and hold potential for expanded carbon sequestration (CS), and thus provide a prospective way of mitigating the increasing atmospheric concentration of CO2. It is estimated that soils can sequester around 20 Pg C in 25 years, more than 10 % of the anthropogenic emissions.

At the same time, this process provides other important benefits for soil, crop and environment quality, prevention of erosion and desertification and for the enhancement of bio-diversity. Land degradation, does not only reduce crop yields but often reduces the carbon content of agro-ecosystems, and may reduce biodiversity. It is therefore important to identify what important synergies can be found in the area of soil carbon sequestration between the three UN conventions: UNFCC, UNCCD and UNCBD.

Carbon sequestration activities have been supported through the CDM (Clean Development Mechanism) under the Kyoto protocol with a focus on afforestation and reforestation, seen as being the most effective and readily measurable means to sequester carbon as biomass both above and below ground. In the post-Kyoto negotiations efforts are being made to give due attention to the huge carbon sequestration potentials in rangelands.

The UN is in fact saying that the future of farming has to be organic:
Can Organic Farming Feed Us All? | Worldwatch Institute

As are many more in the field as it were:
Can Organic Farming Feed the World? | Small Footprint Family

And the idea is catching on in mainstream media:
Can we feed 10 billion people on organic farming alone? | Guardian Sustainable Business | The Guardian
Organic and small-scale: An alternative vision for the future of farming | Environment | The Guardian