A solution to our housing problems: convert hotels into flats

Or do something creative with your terraced house:
How to Extend and Remodel Terraced Homes | Homebuilding & Renovating

Or do something beautiful:
Church and Chapel Conversions | UK Church conversion specialist

Here are some 'radical ideas' from way back in 2011:
Eight radical solutions to the housing crisis - BBC News

One proposal is to convert hotels into flats...

It might be because the hotel isn't making any money anyway:
Hotel could be converted into flats as it can't compete with Travelodge (From The Argus)
Couple’s relief as council say they can sell their hotel for flats (From Bournemouth Echo)

But the idea will always run counter to what those promoting the tourist industry will say - as in this latest example: 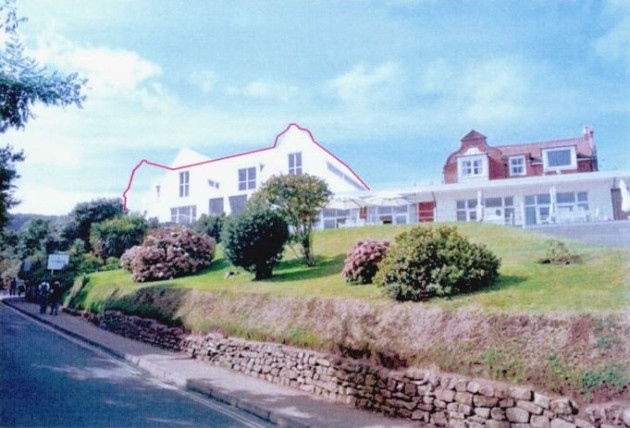 A perspective drawing of the Harbour Hotel

Town councillors fear they supported plans for eight apartments at a Sidmouth hotel on the basis of ‘inadequate and misleading’ information – after claims the properties could be sold into private ownership.

Peak Hill Road resident Michael Page told planning committee members the application was in an individual’s name and had ‘nothing to do’ with supporting the Harbour Hotel as a business.
Councillors responded with ‘extreme concern’ and said, had they known when they considered the application in January, they would have been unlikely to support it. They only considered some minor amendments when they met last week.
A spokesman for the hotel group said it has already invested heavily in the property and continued to drive tourism in the region.
Speaking at last week’s meeting, Mr Page said: “This application is nothing to do with supporting the viability of the Harbour Hotel.
“It’s not a mere refreshment of the 2011 approval.”
He said the new application differed greatly from the extant approval and would ‘dominate’ the prominent position.
Permission for the apartments was granted in 2011 – when it was the Westcliff Hotel – after an application from hotel owner Nicolas James Group Ltd.
The new plans are in the name  of Nicolas Roach, the company’s executive chairman.
Mr Page said: “The application implies it is all part of the Harbour Hotel, but it was submitted not by the hotel, but by Nicolas Roach.
“The proceeds will flow not to the hotel to support its viability, but to Mr Roach’s own pockets.
“What’s to stop further flats on the site when the Harbour Hotel directors decide it’s failed as a hotel? It’s prime land for residential development.”
Mr Page said the architecture was ‘banal and unworthy of the site’ and raised concerns that the apartment block has been moved three to five metres towards Peak Hill Road from its approved position, adding: “I think the application is unacceptable, whichever way you look at it.”
Councillor Ian McKenzie-Edwards, who chaired the meeting, said: “We are extremely concerned about what we have heard. It’s our duty to support the hotels – a lot have disappeared over the years.
“I do feel we made our decision [to support the application] on the basis of inadequate and misleading information.
“We are in a difficult position but we should send strong comments – even to the point where we say, were we looking at the application for the first time, we would be unable to support it.”
Mr Page’s claims were put to a Harbour Hotel spokesman, who said: “With planning consent granted in 2011, funds from the agreed apartments have already been heavily invested into the hotel.
“As promised within the original application, over £4million has now been reinvested into the property – including an extension and full refurbishment programme that has resulted in the addition of a luxury spa, restaurant, extensive outdoor terrace and heated outdoor pool.
“Further driving tourism for the town and region, the new hotel has featured prominently in the national press.
“The changes outlined were minor design amendments, for a permission that has already been consented. The slightly revised plans will result in apartments that are in fact lower in height than agreed, with no increased impact on residents.”
East Devon District Council will decide the fate of the application.