“I do not know a nicer place to live than Sidmouth.”

The outgoing President had some very nice things to say: 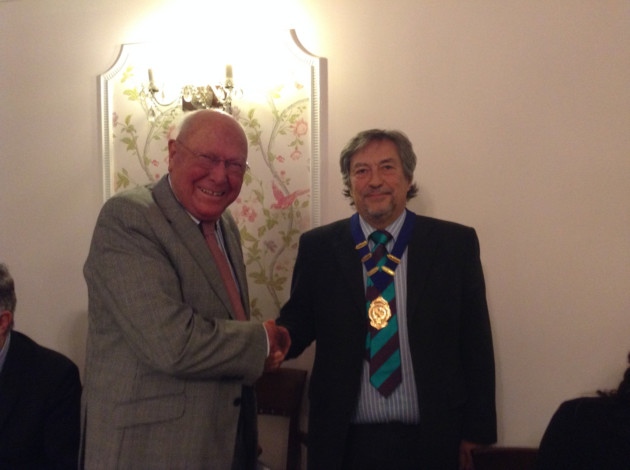 Derek Parry has stepped down as president of the chamber of commerce after 12 years. His successor is Richard Eley.

A leading figure in Sidmouth’s business community has stepped down as president of the chamber of commerce.

Derek Parry has been involved with the group for more than four decades and helped to keep it going when it was at risk of folding in 2008.
The 82-year-old previously served as chairman for two years and as president since 2005. He will continue on as a retired member after handing over the presidency to Richard Eley.
Current chairman Mel Gater thanked Derek for his service at the chamber’s annual general meeting on Wednesday.
Derek, a retired chartered financial planner, became a member of the chamber after moving to Sidmouth to start his own business.
He had been a fighter pilot in the airforce until 1972 and chose Sidmouth as his wife Gill was born in the town.
Derek said: “I do not know a nicer place to live than Sidmouth.”
He said the chamber’s involvement in the town has grown - organising activities such as a classic car show and masked balls.
Derek added: “We see ourselves not just as a business support group for our members, but also contributing to the welfare of the town.
“In Sidmouth, the tourism industry and retail business feed off each other. People come to Sidmouth because of the shops and people come to the shops because they can stay in nice hotels. It’s a nice, beneficial arrangement and it has developed over the 40 years.”