Business rates: promising a 'fundamental reform of the system'

The controversy over the expected hike in business rates has been ratcheting up:
Futures Forum: County Council calls for "an urgent national review of local government funding" as "thousands of small businesses are set to be hammered by a rise in business rates"

There are all sorts of implications:
Futures Forum: "Local authorities are going to become increasingly dependent on business rates and yet by so doing they will potentially drive up the costs of healthcare in their localities." 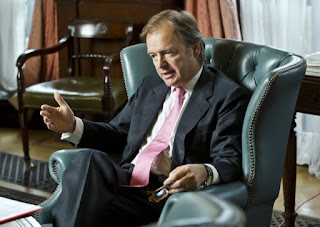 Here at Westminster the term ‘fake news’ is now being applied in connection with business rates rises. The media are consistently claiming the rates are going to soar, while Ministers are claiming the revolt over rate revaluations is rooted in ‘distortions and half-truths’.
As with all fake news these days, one now has the task of digging a little deeper to find out what is actual and what is not. My first port of call was my trusted parliamentary secretary, Sue. Had we any letters from constituents on business rates rises? I asked. None that she could recall was her reply. I then looked up the figures to discover that the average change in bills due for revaluation for 2017 in East Devon is actually down by 6.2 per cent, which, if true, is good news rather than fake news. But I still think we should exercise caution - the average figure might well be down, but I think quite a few businesses could well face some increases.
So what is changing? From April 2016, 1.9million British properties will be valued based on 2015 rental values, rather than their 2008 values. The revaluation, which normally occurs every five years, was delayed to avoid disrupting the General Election. The impact of this means that the majority of British companies which have properties with a rateable value of more than £15,000 will face soaring rates bills as rents have increased since the recession. Some retailers in London, for example, will face 400 per cent increases over the next five years, while rates will fall for many businesses outside London. In regional towns, high street rents have slumped since the financial crisis.
Annual rates increases have been capped at 42 per cent, but this is significantly higher than the 12.5 per cent cap during the last revaluation in 2008. The Government is also reforming the business rates appeal process.
We are told that the Chancellor, Philip Hammond, is in ‘listening mode’ and is prepared to take measures in the budget for those hard hit by the changes. He has also said he wants fundamental reform of the system in future to make sure online retailers such as Amazon and out of town supermarkets do not benefit to the detriment of the high street. Additionally, he admitted, that the rise of internet giants had presented a ‘challenge’ to how the current system, which is based on taxing property, was working.