How to 'rejuvenate' the South-West's coastal communities?
Futures Forum: The Blue New Deal from the New Economics Foundation > working on coastal and marine issues > and developing an action plan

The fishing industry is particularly vulnerable - and whether things will necessarily be any easier post-Brexit is not clear:
Futures Forum: Brexit: and untangling UK and EU fisheries


What is clear, though, is that the West County's fisherfolk had every reason to hope that being out of the EU would put quotas back in their own hands:
Futures Forum: Brexit: and fishing

However, these quotas were set a long time ago, the Spanish in particular were much more organised when it came to buying them up in many waters in the EU, and fishermen have never been well represented in Brussels - and it is not obvious that fishing will be much of a priority when the UK government comes to negotiating Brexit:
UK fishermen warned catch quotas may not increase with Brexit - BelfastTelegraph.co.uk
British fishermen warned Brexit will not mean greater catches | Environment | The Guardian
Will the UK be Norway, Switzerland or Canada? Brexit trade deals we could follow | This is Money

It is brutally clear, though, that the UK will not be able to negotiate its way out of controlled fishing waters and draw a line down the middle of the North Sea/Channel within which UK fishermen could fish at will:
Futures Forum: Brexit: and life after the Common Fisheries Policy >>> or: food sovereignty and the commons

However, the MP for North Cornwall is more hopeful - and is pushing for a special fund for coastal communities:

Calls for post-Brexit fund to boost coastal towns and fisheries 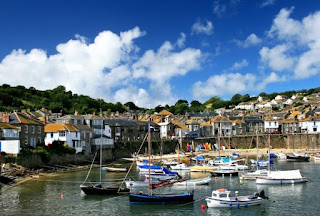 MPs are pressing ministers to create a new Brexit fund for coastal communities, with the aim of rejuvenating the region's ailing fishing industry.

North Cornwall MP Scott Mann suggests the money would go towards updating facilities in ports, as well as assisting fishermen to invest in new vessels. He says it could also help the industry explore new trade opportunities, while further enhancing the South West's food and drink sector.


The proposals come off the back of June's vote to leave the EU – a decision which enjoyed strong support from the fishing industry. Fishermen have long bemoaned the impact of EU regulations on UK fisheries, arguing that quotas favour international fleets. 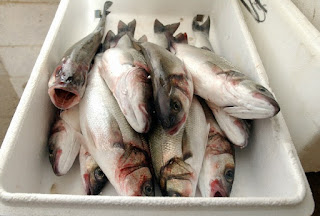 But with Brexit on the cards, Britain will regain control over domestic quotas and access to territorial waters.

And Mr Mann suggests coastal areas will need extra support to manage these waters, and to make the most of fish stocks.

"There are a lot of species out there currently being caught by French trawlers, which effectively, we would then be able to manage and catch," he explained. "But because of the nature of the way that the fishing industry has changed over the years – and the lack of quota for British fishing boats – we would need some sort of investment package in place to be able to fish those waters again. We don't have the capacity at the moment to effectively manage everything from the 6-12 mile limit [from the shoreline].

"I asked whether we could find a package of measures to help coastal communities manage that transition... and the first thing we need is some sort of [fund] to allow people to purchase big boats again." 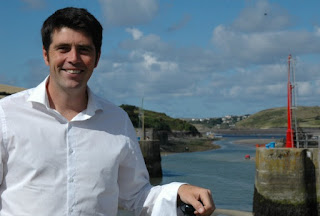 In terms of production, Mr Mann suggested many harbours will need to increase their processing capacity, while businesses will want to explore potential new markets. He believes there is room to build on the industry's existing trade links with countries like China and Spain.

He has already put forward his proposals as a written question, asking the Department for Environment, Food and Rural Affairs whether it "will take steps to provide financial support to coastal communities to develop their capacity to manage local fishing waters after the UK leaves the EU".

In his reply, fisheries minister George Eustice confirmed the Government "will be looking at a future package for fishing, including potential support measures" and will work closely with industry and other key interests "to develop these new arrangements".