Brexit: and a 'new, bold ambition' for farmers

And they continue to do so:
Farming voice crucial in Brexit environment debate - NFUonline

As the Countryfile Life event showed:
Brexit debate asks if our green and pleasant land will be better off after EU exit | Nature | News | Daily Express

The NFU continues to be bold:
Consultation Opened on British Farming Post-Brexit - The Poultry Site 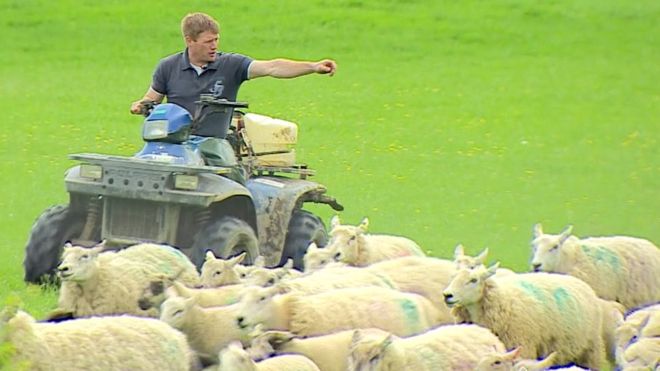 Brexit should drive a "new, bold ambition" for farmers, a union leader has said.

Meurig Raymond, president of the National Farmers' Union, said UK farmers could be globally competitive and played vital public roles. The union has launched a month-long consultation of its members on the shape of post-Brexit farming policy.
Chancellor Phillip Hammond has promised to maintain EU-levels of funding for farming at least until 2020.
Mr Raymond said: "The vote to leave the European Union means that food security must drive a new, bold ambition for UK farmers and growers. This is an historic opportunity the NFU is determined to seize."
He claimed farming was worth £108bn to the UK economy, and also played an important role in areas of public policy such as the environment, renewable energy, education, health and nutrition.
"Brexit is also about building bridges, building the industry's influence," he added. "The NFU's aim, once our members have spoken, is to provide a strong and united voice for the food and farming industry, to ensure that agriculture is seen as strategically and politically important in all future trade negotiations."
Union leaders will appeal directly to NFU members at a series of 50 roadshow meetings, ending on 14 September, designated as Back British Farming Day.

You might qualify for a new government solar energy program.
Determine if you're eligble now!