Brexit: and a fairer Britain

Many people felt they had been 'left behind' before the referendum:
Futures Forum: Brexit: and looking beyond revolt: "If we’ve learned one thing in the last week, it is that communities – not Westminster - must agree what works for them."

Rob Hopkins of Totness had some notions of how to deal with this:
Futures Forum: Brexit: ProgrExit and the Transition Town movement

Alan Milburn of the Social Mobility Commission wrote this for the Telegraph:


Brexit must lead us to build a fairer Britain 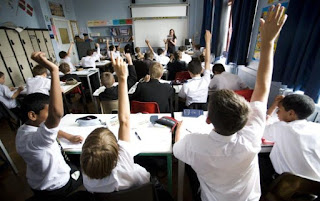 They should have the same chance to succeed, regardless of who their parents are CREDIT: REX

The EU referendum exposed deep divides in our nation that go well beyond Europe. Public concern – even anger – about issues of identity, immigration and inequality found a voice, and a target.

The commission I chair has been warning for years that without a dramatic change in approach to how we tackle issues of poverty and mobility, Britain would become a divided nation.

On June 23, those chickens came home to roost. Of the 65 parts of the country we identified as being social mobility “coldspots” – those with the worst education and employment prospects – only three areas voted to Remain.

Of course the new government will focus on Brexit, but in doing so there is a risk it gives insufficient priority to addressing the referendum’s social aftermath.
Thankfully the new Prime Minister has recognised that risk. It is very welcome that she has made it her mission to heal the social and economic fissures the vote laid bare.

Theresa May’s pursuit of higher social mobility is what our country needs – but it will hard to achieve. Today only one in eight children from low-income homes goes on to achieve a high income as an adult. Average earnings are still below the level they were a decade ago. Home ownership among the under-25s has halved in just 20 years. The next generation is struggling to achieve the same opportunities as their parents.
Over recent years there has been a growing sense of Britain becoming an “us and them” society, where a few can hoard power and wealth. That is deeply corrosive of the social compact that we are all subject to common rules that give each of us an equal opportunity to go as far as our talent can take us.

The history of our continent tells us that when the majority feel they are losing out unfairly while a minority make unfair gains, things can turn ugly.

Avoiding that will need a new way of approaching social mobility. Broadly there have been two traditional schools of thought here – one focused on improving the life chances of the very poorest families and the other on opening up opportunities for bright poor children.

Each approach has had its own specific policy agenda. Both are important and should continue.

But the social divisions we face in Britain affect many more people than the very poorest 10 per cent or the few thousands bright, poor kids who miss out on a top university place each year.

Whole tracts of Britain feel left behind. Whole communities feel the benefits of globalisation have passed them by. Whole sections of society feel they do not get a chance to succeed.
So a broader social reform agenda is needed, one that focuses on people who are not in extreme poverty, are in work and do the right thing but are struggling to progress. They are the majority in Britain. Their interests should be at the heart of a new government-wide drive to open up opportunities.

That means putting better housing and more home ownership far higher up the public policy agenda. It means getting more good teachers into poor schools and creating more chances for young people to get quality vocational or higher education.

It means rebalancing economic growth by creating jobs and devolving power in the towns, cities and counties of “Left-Behind” Britain so that fewer people have to leave their communities to get a better life. And it means working more closely with employers to ensure that work pays and people get more chances to build a career rather than just having a job.

This is a far bigger and broader approach than previous governments have considered. It cannot all be done from Whitehall. It will need Mrs May to forge a new national coalition with employers, universities, colleges, schools, councils and communities with one core purpose: a more level playing field of opportunity in Britain.

Delivering higher social mobility – reducing the extent to which someone’s class or income is dependent on the class or income of their parents – can prove that modern capitalist economies like ours can create better, fairer and more inclusive societies. It should be the holy grail of public policy, the priority for government and the cause which unites the nation in action.

Alan Milburn is chairman of the Social Mobility Commission

Brexit must lead us to build a fairer Britain
.
.
.
Posted by Jeremy Woodward at 01:00