Brexit: and pulling the plug on funding business projects

Last week, the Devon Chambers of Commerce voiced concerns about the funding gap:

Business leaders fear that more than £100 million of funding in Devon could be at risk as a result of the vote to leave the EU. Fears over funding were among the issues identified in a series of meetings with more than 150 meetings, hosted by Devon Chamber of Commerce, since the June 23 referendum. Businesses were also concerned that they could be prevented from recruiting overseas workers to plug gaps in the local workforce.

George Cowcher, the chamber chief executive, said: "Having met with businesses across the county to discuss the impact that Brexit could have on the local economy a number of key issues and actions have been identified. It is calculated that there is £100 million-plus of funding at risk in the county.

"Business thinks it is vital that there is coordinated and sustained lobbying to secure resources from London to replace any funding provided by the EU, particularly to support infrastructure provision for the South West. The freeze on further calls for funding via the LEP is not helpful. Little in the county has been committed and clarification from Government is urgently needed."

And also this week, a Devon-based energy company is blaming Brexit for going bankrupt: 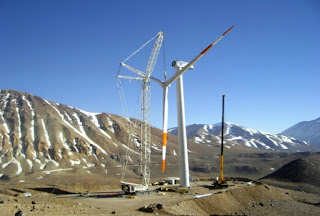 One of the wind turbines installed by Rame in Chile

Comment: Is it a Brexit hashup, or are we over-egging the pudding?


You can't make an omelette without breaking eggs. And you can't break a 40-year-old union with the rest of Europe without scrambling someone's dreams. The June 23 vote for Britain to leave the EU was cheered to the rafters by the 52 per cent of the electorate who wanted Out. Many of those same people are now confronted with the fallout as "Project Fear" becomes Project Fact.A Plymouth energy producer which went into administration today directly blamed the UK's decision to quit the EU for its demise. Some Brexiteers are likely to sneer that this is merely an excuse, but it cannot be denied that things aren't looking rosy at the moment. We have already seen Brexit blamed for a raft of economic woes across the country, and now the first obvious wind of change has blown into Plymouth. Rame Energy, a company based at Sutton Harbour in the city, has appointed administrators.The company, which has big wind energy projects in South America, said that Brexit had pulled the plug on its bid to raise £2.8 million to fund its business projects. Rame's bosses hope this is a short-term measure, and that a favourable economic wind will soon blow it out of the doldrums. 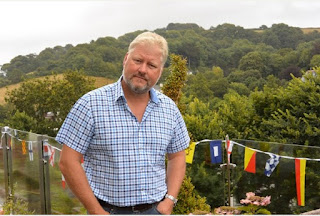 Tourism chiefs in Devon and Cornwall are already worried that their industry could to take a post-Brexit hit. A new international study found out that more than a quarter of EU nationals say they are less likely to visit Britain in the wake of June's referendum. Opinion polls are not always reliable, but they are all we have to go on. If our German, Dutch and Italian visitors stay away, the impact will be felt all the way from St Ives in Cornwall to Exeter, via Plymouth attractions like the Hoe and the National Marine Aquarium.

The wish is father to the thought, as the saying goes. We often come to believe what we want to be true. The Bank of England has been accused already of creating the economic slump it wants to avoid by dropping interest rates to the all-time low of half a per cent, and printing another £60 billion of money. Let's hope this Brexit omelette turns out to be worth eating in the end, because a lot of people are sure to suffer severe stomach cramps in the short term.

READ NEXT: Plymouth company which employs 60 people goes into administration and blames Brexit


Comment: Is it a Brexit hashup, or are we over-egging the pudding? | Plymouth Herald
.
.
.
Posted by Jeremy Woodward at 14:26