"We don’t want a main shopping area of charity shops and coffee chains."

Mary Portas promised to rescue the high street:
Futures Forum: Can anyone save the High Street?

However, there are fears that things are not getting any better:
Futures Forum: Clone Town Sidmouth?
Futures Forum: "Sidmouth's different shopping experience is disappearing."
Futures Forum: Sidmouth: a town of charity shops and coffee shops?

There are similar worries in Honiton - and a call to be given powers to 'cherry-pick' which retailers would be allowed: 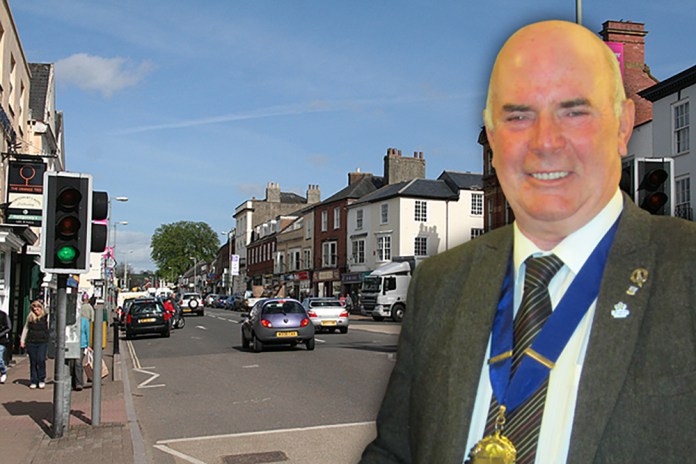 THE chairman of Honiton Chamber of Commerce has raised concerns over the state of the town’s high street and has urged EDDC to give the town council more powers to cherry pick which businesses come into Honiton.

Tony McCollum, the market manager and chairman of the chamber, said there was no control on what shops and business could come into Honiton, leaving the town with ‘a saturation’ of coffee chains, supermarkets and charity shops.

Mr McCollum said: “In the last 12 months we have lost 20 businesses. We’ve lost antique businesses, card shops, jewellers. Where is Honiton heading in the future?

“I feel the town council should get some say on what goes into their town. There is a currently a saturation of coffee chains and charity shops. We have five large supermarket catering to the area.

“Honiton was famous for its lace and pottery industries which have both gone. EDDC have taken away the business rates relief that some independent businesses need to stay afloat and without they have struggled and closed down.”

Rumours have been circulating on Facebook recently on who might be taking over the prime location Post Office site. Fast food giant McDonald’s are said to have been eyeing up the space with sandwich shop chain Subway also having their name thrown into the pot.

Mr McCollum added: “We have no problem with chains coming to Honiton but we don’t want them staying a year and then leaving.

Mr McCollum stepped up from deputy chairman to chairman earlier this year and in his first year has seen the UK leave the EU, leaving questions unanswered on what this means to the Great British High Street. Mr McCollum said that so far the country’s forthcoming departure from the EU wasn’t affecting the high street.

“We will see what happens once Article 50 is enacted but for now there has been no great issue. A lot of these businesses survived the recession in 2008, so they are made of stern stuff.”

Mayor of Honiton Councillor Caroline Kolek supported the notion that the town council should be listened to more when it comes to deciding what businesses come into the town.

Cllr Kolek said: “When I moved to Honiton 25 years ago there were seven greengrocers on High Street, now there are none.

“As a vegan fresh fruit and veg is something I buy regularly and I would rather buy from an independent business than a supermarket.

“I’ve always thought that Honiton high street could be a real trend setter for Devon by offering opportunities for independent business, late night markets and businesses opening later to help accommodate some of us that work away from the town or late in the evenings.

“We don’t want a main shopping area of charity shops and coffee chains. We want people to spend their money in the town and not take the easy option of jumping on a train to Exeter and using the shops there.”