Since the referendum, the news is that permanent jobs are harder to come by:
UK job market ‘in freefall’ after Brexit vote - FT.com
Brexit hit recruitment in July, a new survey suggests - BBC News

Some companies are already relocating - taking their jobs with them:
Futures Forum: Brexit: and jobs and manufacturing in the South West

And yet one of the main reasons for the Brexit vote was the perception that once the migrants left, then there'd be jobs for the taking:
Futures Forum: Brexit: and providing good quality jobs

But how do we get these jobs to the young - especially those who have been 'left behind'?

The UK parliament put out a report just before the referendum:
Research Briefings - NEET: Young People Not in Education, Employment or Training

And here's a handy guide from just after the vote - from the European Monitoring Centre on Change:
Young people and 'NEETs' | Eurofound

Here's a more recent piece from the RSA:

BREXIT AND THE CASE FOR VOCATIONAL EDUCATION 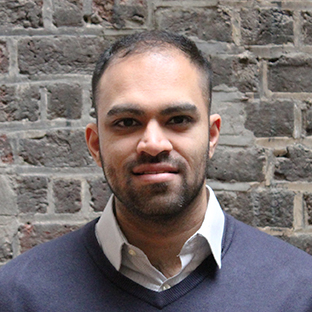 Vishal Panchmatia
An outraged university friend brought to my attention two separate but related news items: a statistic citing that young people had overwhelmingly voted to remain in the EU and a Facebook newsfeed that spoke of the injustice represented by the fact that a younger generation would not now be part of this union for which they had voted. It occurred to me that this situation masks a deeper divide, a divide created by a two tier educational system.


The reasons for voting either to remain or to leave the European Union are complex and multi-dimensional, but post-election analysis (Ashcroft, 2016) has revealed a strong correlation between a voter’s level of education and the likelihood of him or her voting to leave the EU. For too long have we neglected the path for those that do not go to university, and despite the majority of young people voting to remain, we should be concerned about the long term implications of persisting to neglect it.
In terms of the economy, staying in the EU was either viewed as an opportunity or a threat – as representing a future of increasing possibilities or of ever increasing competition. The EU, its institutions, and the associated movements of people are things that some people associate with a more interconnected world. The opening up of new markets potentially offers high remuneration for valued skills. However, in the OECD countries, the wages of unskilled workers have shrunk, whilst the wages of educated workers in prime niches such as Engineering and ICT Professionals (Standard Occupational Classification System, 2010) have risen.
The solution is not for every individual to enter Higher Education, but the problem is that every individual who does not faces an uncertain choice between entering a competitive work force as ‘unskilled’ labour or, alternatively, entering a fragmented vocational education system. Indeed a House of Lords Committee recently found that, outside apprenticeships, “non-academic routes to employment are complex, confusing and incoherent”. This is not to say that all schools lack quality vocational pathways. RSA Academy Tipton and others supplement vocational pathways with genuine opportunities of work based learning with national and international organisations. Despite this, an OECD report has found the UK to have the biggest skills gap in the world – between young people aged 16-29 who are not in education, employment, or training (NEETs) and those who are in work.
Looking at that in the original context, cities such as Grimsby, Doncaster and Blackpool have disproportionately higher numbers of NEETS than other regions and also recorded the highest levels of votes to leave the EU. Yes, this maybe coincidental, but it speaks of an education system that well prepares university graduates with the skills and confidence that flows from this to compete for jobs against their foreign counterparts. The latest QS World University Rankings state that four of the top ten universities in the world are in the UK. On the other hand, the quality of vocational education in this country varies considerably, with the Wolf Report highlighting that there are a large number of vocational qualifications that the labour market does not recognise or reward.
As a consequence, the legitimacy of vocational qualifications can erode in the eyes of employers – in terms of being a valid reflection of skills and employability. Two scenarios may arise out of this: either fewer people will take vocational qualifications and thus attempt to enter the workforce or those that enter the ‘wrong’ courses enter insecure jobs with no route for career progression. The net effect of this is a workforce underprepared for technological change and unprepared to enhance their skills for a wider market.
Well, how can vocational training prepare people for the challenges of increased competition that globalisation can cause? Firstly, it channels energy and time into a specific skill. Mastering a field opens the option of ownership of that field, creativity is then at a premium, and its boundaries can only be redrawn if there is an understanding of what they are and why they are there. This cannot be achieved by moving from one routine task to another, where globalisation promotes uncertainty that then characterises all areas of life. That is how vocational training can enable greater agency in terms of being the author of one’s own life, leading to a personal situation in which the world is an opportunity to expedite that agency rather than a force which diminishes it.
Secondly, what must be acknowledged is the historical relationship of inferiority which pertains between vocational and university education – a divide that dates back toAristotle. For people to feel part of the national economy, they must not only share the benefits, but also have a stake in the UK’s global economic relationships. Increasingly, companies that engage within the international arena are reporting a skills shortage in terms of individuals holding level 3 and 4 qualifications. A way of making the vocational route attractive is to intertwine optional academic components with it. This is in accordance with the belief that intelligence is malleable (Dweck, 2012) and this provision would go some way to not only raise the status of vocational education, but also challenge the idea that it is only an elite that is concerned by, and is tied to, decisions affecting the UK’s economic relationships with the rest of the world.
Our education should not determine our political beliefs but it should help us weigh up competing narratives. Post referendum decisions may offer the promise of a different relationship with Europe and the rest of the world, but the point is that a relationship must still exist. Can a world class vocational pathway go some way to ensure that this relationship is beneficial to all segments of our society and what would such a vocational pathway look like? The RSA's report on the skills sector have opened up new ways of thinking about developing vocational education. If the goal of the referendum was to empower a nation, then we must tackle these questions in order for the ‘failing 40%’ to be able to empower themselves.


Brexit and the case for vocational education - RSA
.
.
.
Posted by Jeremy Woodward at 01:00