Wilderness vs farming: How can we produce enough food for both humans and life on the planet to survive?

Are we looking at a 'return to the primitive'?
Futures Forum: On the Transition: "Future Primitive"

Although the history of such attempts is questionable:
Futures Forum: National Parks and people-free spaces

There are some very practical ideas out there, though, about some sort of peaceful coexistence:
Futures Forum: Soil-conservation farming >>> protecting the soil

The FT has looked at these issues:


Can the world protect its ‘wilderness’ and produce enough food? 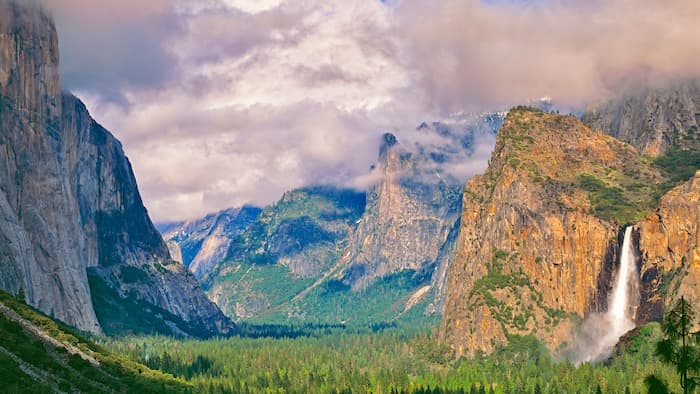 JULY 27, 2016
by: Kim Wilkie
The great triumph of the US Wilderness Society was the 1956 defeat of the Echo Park Dam, set to flood canyons in Colorado’s Dinosaur National Monument. Astonishingly the dam proposals were largely defeated on cultural rather than environmental grounds. Senator Richard L Neuberger argued that wilderness was priceless “as the last place where Americans can see what our country must have been like as the first white men camped there” and as a sanctuary from “the tensions and anxieties of the civilisation we have created”. The concept of wilderness is as fraught with human psyche as it is with ecological justification.
Landscape is a human concept and wilderness is an idea born of urban life. What we call nature can be polarised by whether you see mankind as an integral part of the natural world or as a separate, awestruck observer and guardian of the planet. But we also have to remember to eat. Britain is a small island with a large population, where growing food securely and reliably has been a priority and is intrinsic to the culture and the community. Its landscape tradition goes back at least to Horace and Virgil, who tended to regard the pastoral and rural as natural and wilderness as supernatural and monstrous. From those classical roots grew a cultural identity with the farmed landscape that permeates works such as William Langlands’ 14th-century poem Piers Plowman, “Capability” Brown’s 18th-century pastoral landscapes, the 19th and 20th-century paintings of Samuel Palmer and Eric Ravilious and ultimately the visionary advocacy of Eve Balfour, who co-founded the Soil Association in 1946.
The US relationship with the land was framed differently. It took much more from France and the European continent than it did from England. There is a thread running from Jean-Jacques Rousseau’s La Nouvelle Héloïse (1726) to James Fenimore Cooper’s The Last of the Mohicans (1826). Romanticism and primitivism thrived on the cult of the individual and found resonance in urbanising and industrialising societies.

How can we produce enough food and clean water for both humans and life on the planet to survive?

In Wilderness and the American Mind(1967), Roderick Nash explains how the appreciation of wilderness began in the cities and charts its progress through, among others, artist Thomas Cole — a founder of the Hudson River school of painters — writer Henry David Thoreau and naturalist John Muir. Cole’s 1836 painting “The Oxbow” idealises the combination of the wild and the civilised. Although Thoreau is credited with unreserved enthusiasm for wilderness, in fact he believed that man’s optimum environment was a blend of wildness and civilisation. And John Muir, saviour of Yosemite and founder of the Sierra Club, defended wilderness as medicinal to lives “bound by clocks, almanacs … and dust and din”. The familiar and comforting beauty of the English farmed countryside found little traction in a continent that began to produce food on an industrial scale in the vast Midwest and California’s Central Valley. 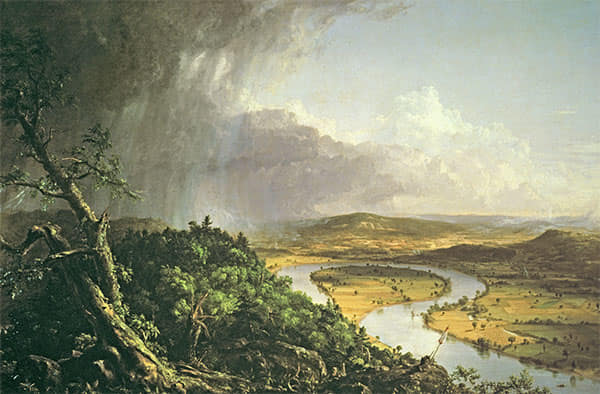 The ecological and environmental (as opposed to the spiritual) appreciation of wild land has come relatively recently. Yet even now the intrinsic value of ecological balance in its own right is blurred. As late as 1979, Norman Myers’ The Sinking Ark promoted biological diversity in terms of as yet undiscovered medicinal and agricultural benefits to humans. The threat of climate change to mankind is still often given more emphasis than the danger to life as a whole. The BBC television programmes of David Attenborough have probably done most to imbue a sense of communal wonder in the complexity of the natural world. He has helped us to grasp the concept of nature as a vital force of interdependent beings rather than a homocentric notion of wilderness as a romantic escape. His message of mutual reliance and complete interconnectedness is not always understood. It is not just a question of admiring wildlife and wishing humans weren’t there. We have to find a way of surviving together.
Economics, ecology and culture have left modern farming in a spin. Tugged in different directions by government directives, subsidies and global markets, the UK agriculture industry has been encouraged to concentrate on short-term production rather than long-term stewardship of soil and water. Rachel Carson’s Silent Spring (1962) highlighted the terrible damage that postwar demand for maximum food production had wrought. Farmers were stigmatised as criminals, despite the fact they were following what the market and governments were promoting. 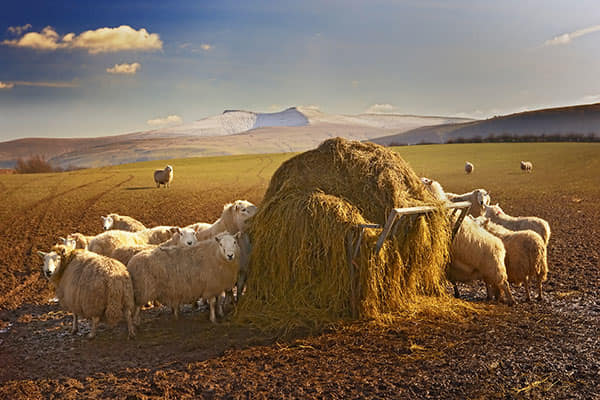 In his moving book The Shepherd’s Life (2015), James Rebanks makes the case for protecting upland sheep farming in Cumbria from outsiders’ demands for rewilding. Explaining the way that Herdwick sheep on the fells have been selectively bred for 1,000 years to suit the land, he describes how the community and the landscape have evolved together to create a particular part of the UK. Rebanks concludes: “The choice for our wider society is not whether we farm, but how we farm. Do we want a countryside that is entirely shaped by industrial-scale, cheap food production with some little islands of wilderness dotted in amongst it, or do we, at least in some places, also value the traditional landscape as shaped by traditional family farms?”
It becomes increasingly important to consider how we grow our food as the population expands, land degrades, aquifers empty and the uncertainty of climate and world trade bite. Rebanks’ point about how we farm is absolutely relevant. Do we push arable land even harder, contain livestock in sheds and set aside more areas of land for species survival and human enjoyment, or is there an alternative? In other words, do we spare havens of wild land, such as the extraordinary rewilding project at Knepp Castle in West Sussex, and farm even more “efficiently” on the rest or might there be a way to farm more gently, nurture the soil and the water and share the land with wildlife? How can we produce enough food and clean water in perpetuity for both humans and life on the planet to survive? 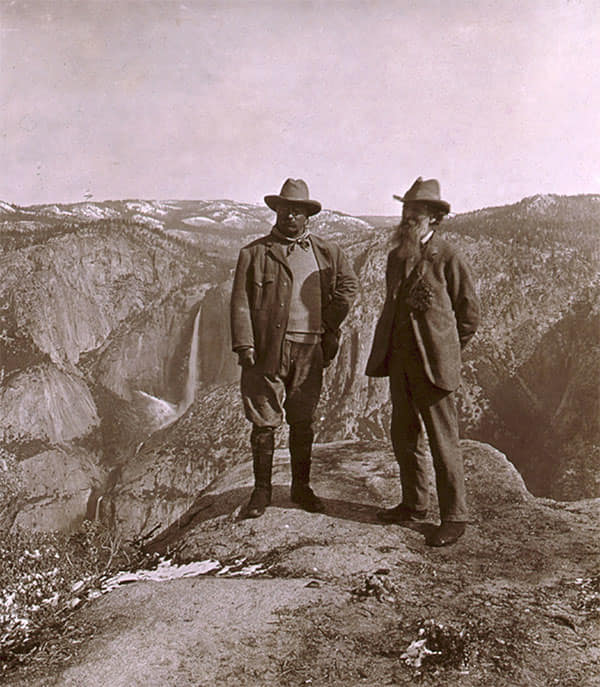 As the arguments polarise, perhaps the urban moral associations of wilderness with human sanctuary and redemption confuse things. Upland farming is a good case in point. There are pressing issues where there is overgrazing and storm water runoff, but the land continues a culture and a way of life that dates back to the Vikings. It is a resonant part of English identity, produces good food and lies at the core of the community. The hay meadows in valley bottoms are rich in wildlife and selected parts of the upland landscape can be planted to slow deluges and help to filter water into the aquifer. Plans that work with entire rainwater catchments and decide which soils and slopes need to be wooded and how, can combine successful environmental measures with sustainable grazing. There is scope for communities, farmers and government grants to work sensibly together. John Muir’s narrow notion of sheep as “cloven-hoofed locusts” need not condemn the centuries-old landscape.
City edges are another example. The directive for Suitable Accessible Natural Green Space to protect adjacent semi-wild land from the pressure of increasing population has rigorous logic. It does, however, assume that farmland is a hostile and unattractive place; and indeed much of it is. But rather than shrink-wrap artificially “natural” areas for recreation, would it not be better to restore urban edge farmland to a rich diversity that makes it both productive and attractive to wildlife and humans? Footpaths through well-farmed countryside should be just as appealing as country parks and ultimately more relevant. 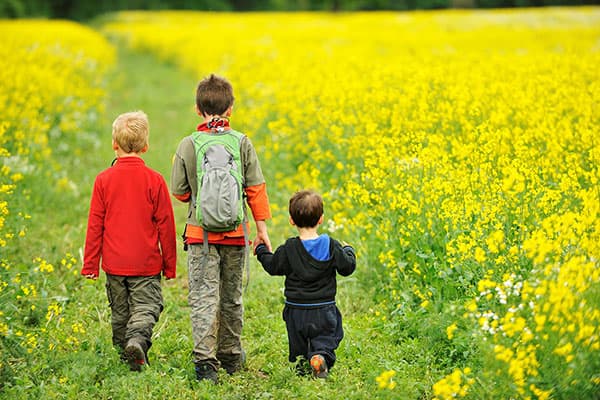 Where wild lands do survive it is imperative to conserve and protect them. Attenborough has made this very clear. Yet on a crowded planet it is also important to rediscover the significance of responsibly farmed countryside. The UK has millennia of connection to the land which should not be undermined by romanticism. We need to grow food, absorb rainfall, clean water, nurture wildlife and take pleasure and recreation in our productive landscape. Reconciling these interests is not straightforward. Economic viability, tariffs and subsidies play significant and complicating parts. But hope lies in the tenacity and resourcefulness of farmers and a determination to find solutions, both here and in America. Experiments with no-till ploughing and mob grazing of prairies are a
couple of examples. This is not nostalgia for a golden age. Farming is entering a new phase of innovation and sensitivity to the environment. Scientific breakthroughs are helping us to understand the complex, microscopic life of the soil and technological advances are making it possible to farm more accurately and sustainably. We are a part of the natural world and we need to participate imaginatively and responsibly.
Kim Wilkie is a landscape architect with a small farm of longhorn cattle in Hampshire
Photographs: Rolf Hicker/Getty Images; Rolf Hicker/Getty Images; Mary Evans/Everett Collection; DR Hutchinson/Getty Images

Can the world protect its ‘wilderness’ and produce enough food? — FT.com
.
.
.
Posted by Jeremy Woodward at 08:30