The Red Arrows and carbon emissions

Some years ago, there was a lot of talk and considerable effort put into 'carbon offsetting' when the Red Arrows were booked:
Red Arrows to be Carbon Offset - The Howorths | The Howorths
BBC NEWS | England | Wear | City airshow goes carbon neutral

And there were real efforts from air forces to reduce their carbon emissions:
US air force calls for mission to combat climate change | Environment | The Guardian

The Red Arrows' website only refers to the emissions being 'insignificant in terms of local pollutants':
RAF Red Arrows - FAQs

And we don't really seem to be paying much attention to the effect of these 'pollutants':
Futures Forum: Climate change: and the accelerating increase in temperatures

Recommendations were made by the aircraft industry at the beginning of the year to build more efficient planes - but we've got a long way to go:

To understand airplanes’ climate pollution, a picture is worth a thousand words

By ANNIE PETSONK | BIO | Published: FEBRUARY 12, 2016
Thousands of words have been written this week about a new efficiency standard recommended by a technical group of the International Civil Aviation Organization (ICAO). The standard, if adopted by ICAO’s executive council, is intended to require aircraft manufacturers to start producing more efficient airplanes.
But one picture makes clear that even with the new efficiency standard, international aviation still has a huge gap between its anticipated emissions and its own environmental goals. 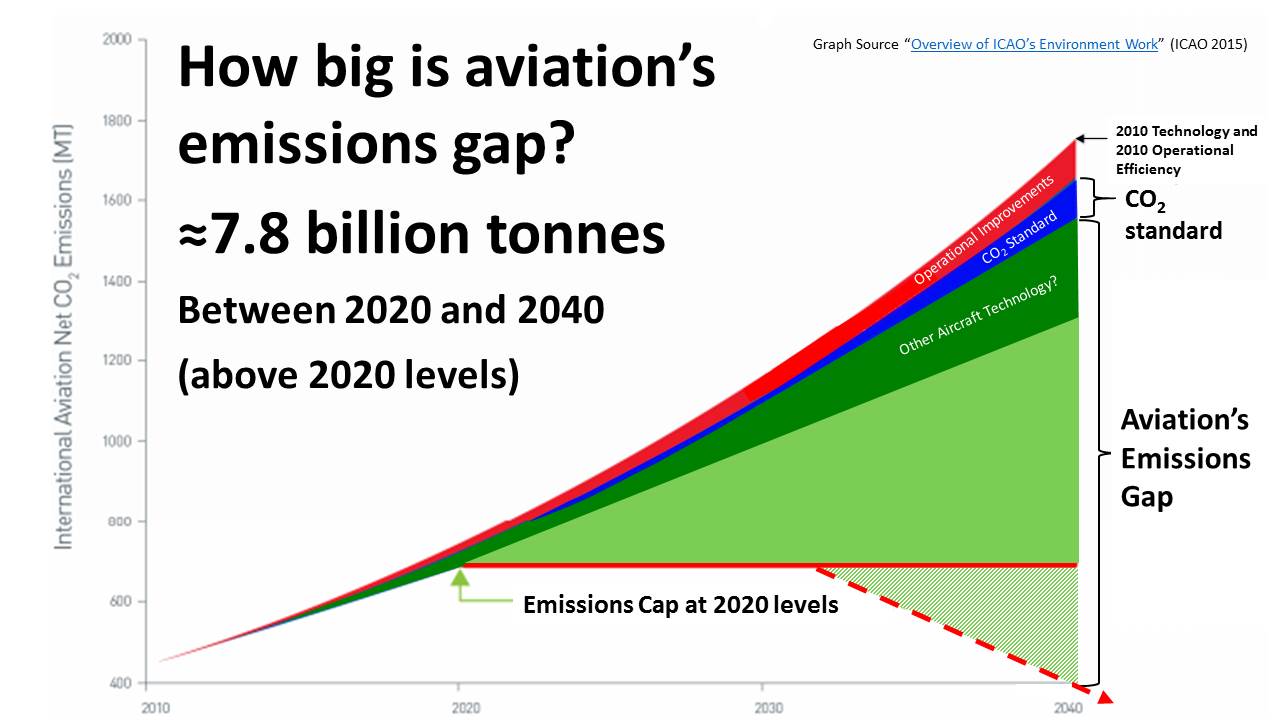 The top of the upsloping curve shows how international aviation’s emissions are slated to skyrocket in coming years.
The horizontal red line toward the bottom, labeled “Emissions Cap at 2020 levels,” shows the industry’s own goal of “carbon-neutral growth from 2020.” ICAO has also embraced this goal.
The area below the top of the curve and above the horizontal red line at 2020 is the total amount of emissions that international aviation must deal with to meet this goal.
This week, ICAO’s Committee on Aviation Environmental Protection (CAEP) recommended that ICAO’s Executive Council adopt, at its next meeting in June, a carbon dioxide efficiency standard for aircraft, akin to a fuel economy standard for cars. That’s a step in the right direction.
But how big a slice will this new standard take out of international aviation’s skyrocketing emissions? At best, that’s the blue sliver shown in this picture. (The red sliver aviation hopes to cut through “operational improvements” like better air traffic control.)
That leaves a huge “Emissions Gap” – shown in green – about 7.8 billion tonnes of carbon pollution that international aviation will have to deal with to meet its own climate goals, let alone the kinds of reductions that will be needed if the sector is to bring emissions down to the dashed red arrow, along the lines of the Paris Climate Agreement.
The industry has a long way to go to make carbon pollution go down, not up.
ICAO’s pledged to finalize, this September, a global market-based measure (MBM) with offsetting to drive industry’s net emissions down to the 2020 cap. President Obama has made climate action a centerpiece of his legacy. Success in cutting aviation emissions could help – but that will only happen if the Obama administration takes the lead in the intensive talks now underway in ICAO.
The picture is clear: While the aircraft standard will help, the Administration now needs to keep its eyes on the prize – the ICAO decision on the market-based measure in September.


To understand airplanes’ climate pollution, a picture is worth a thousand words | EDF Talks Global Climate