Plans for Port Royal: how to become 'preferred bidder' >>> score highest against a range of set criteria, which includes economic impact, design and regeneration potential

As this sort of thing has happened before... 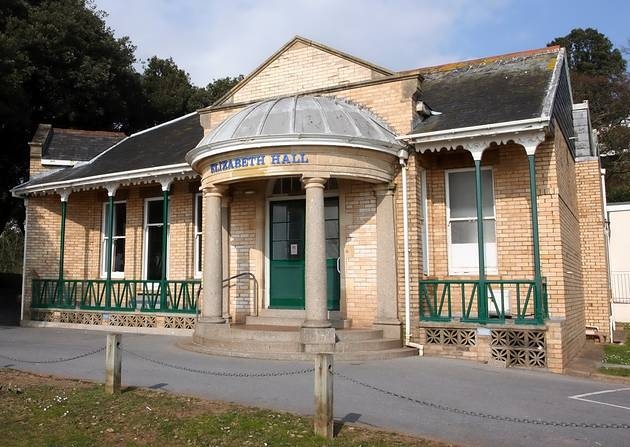 It starts with the deliberate neglect and rubbishing of publicly-owned assets:
Futures Forum: Knowle relocation project: and the 'managed neglect' of valuable assets

The only solution being to pull the dilapidated thing down:
EDDC planners confirmed holiday accommodation at Queens Drive two years ago | East Devon Watch
Futures Forum: The 'regeneration' of Exmouth seafront

And despite a community bid being put together:
Friends of Elizabeth Hall - Home | Facebook

What is clear is that in order to become the 'preferred bidder', you have to have "scored highest against a range of set criteria, which included economic impact, design and regeneration potential":


A seafront Victorian building is set to become a hotel after the Premier Inn group was named as preferred bidder.
In May, East Devon District Council's decision to sell Elizabeth Hall in Exmouth prompted a protest march and a 12,000-signature petition.
Two other bids, including one from the Friends of Elizabeth Hall, were considered but rejected by the council.
"We worked our socks off to save it for the community, so we're devastated," Friends spokeswoman Jilly Green said.
If the Friends bid had been successful, Elizabeth Hall would have become a community arts and visitor centre.
Mrs Green said it was unlikely the Friends would give up their fight.
"We're so devastated we can't think straight. It's hard to know quite how to proceed, but we're meeting later to discuss the way forward."

The council said Premier Inn, part of the Whitbread group, scored highest against a range of set criteria, which included economic impact, design and regeneration potential.
"Having studied all the proposals carefully and listened to what each of the bidders had to say, we are convinced that Premier Inn provides the best deal for Exmouth in terms of taking on this important site," said Councillor Andrew Moulding, chairman of Exmouth's regeneration board.
Insisting that the council had not simply gone for the "highest price", Mr Moulding said he believed Premier Inn offered the "best modern interests of the whole town".
The Premier Inn's proposal is for a three-storey building, rising to four storeys in one section with 60 rooms.
A ground-floor licensed cafe-restaurant that will be open to non-residents is also planned.
The council said it would now work with Premier Inn to refine its proposal before a detailed planning application is submitted - probably about February next year.

There are clear parallels with the process happening on Sidmouth's seafront:
Futures Forum: Plans for Port Royal > sales details are still not available for the marketing of the Drill Hall
Futures Forum: Plans for Port Royal > "Community value counts as well as financial. Selling simply to the highest bidder is unlikely to be best for the town - and achieving ‘best value’ can done with a combination of factors."
.
.
.
Posted by Jeremy Woodward at 15:01