Brexit: and Budleigh Salterton's quest for a mythic England

The referendum saw a 'revolt' of one sort or another:
Futures Forum: Brexit: and looking beyond revolt: "If we’ve learned one thing in the last week, it is that communities – not Westminster - must agree what works for them."

There is also the 'revolt of the shires' - as reported in the Social Europe blog: 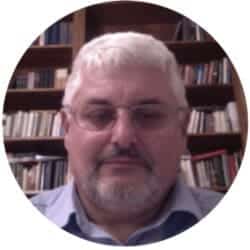 István Pogány
In the 1980s, when I was teaching at the University of Exeter, my late wife and I often spent fine summer weekends on the pebbly beach at Budleigh Salterton. In addition to its splendidly evocative name there was something wonderfully retro and English about Budleigh Salterton. Tea rooms and bowling greens, gentleman’s outfitters selling striped flannel pyjamas and Barbour jackets, an old-fashioned butcher and baker rather than a soulless out of town supermarket, a traditional English pub in which locals and retirees from the home counties could meet friends for a convivial drink.
Budleigh Salterton, with its clotted cream scones, its crab sandwiches, its endless pageant of slow-moving electric vehicles for the disabled and its public lavatories placed at strategic intervals along the seafront, was almost a cliché of a certain kind of Englishness. Unchanging and uncorrupted by the outside word, it seemed to stand for the values that had served Britain well from the time of the Spanish Armada until Dunkirk and the Battle of Britain, when Britain stood almost alone against the apparently invincible military might of Nazi Germany. (Let’s not spoil this faintly fictionalised narrative of British pluck and solitary endeavour by recalling the hundreds of Polish, Czech and Canadian airmen who helped to defeat the Luftwaffe over the skies of southern England.)
Last week’s referendum, in which middle-aged and elderly British citizens with a noticeably shaky grasp of economics, international affairs and foreign languages voted in large numbers for the UK to leave the European Union, represents a Quixotic collective impulse to return to the security and timeless certainties of Budleigh Salterton. Britain, or at least the 52 per cent of voters who endorsed the call to quit the EU, is demanding a halt to the relentless march of modernity with its multiculturalism, its immigrants from Poland, Bulgaria and Romania, its Jihadi terrorists and its Brussels-based bureaucrats and politicians who have had the temerity to legislate for Englishmen and -women.
The friendly warnings of the President of the United States, the dire predictions of the Governor of the Bank of England and of literally hundreds of British and global economists, the increasingly desperate urgings of both Prime Minister David Cameron, Chancellor of the Exchequer George Osborne and leading figures within the opposition Labour Party (its leader Jeremy Corbyn was too busy with more important matters to offer more than half-hearted support for Remain) as well as the trenchant opinions expressed by a brace of former prime ministers from both of the major political parties have been willfully ignored by Brexiters who were unswayed and unperturbed by the near consensus of expert opinion in favour of remaining within the European Union.
“People in this country have had enough of experts,” opined Michael Gove, in a telling phrase that sums up the anti-intellectual, irresponsible and emotion-fuelled Zeitgeist of the overwhelming majority of Brexiters. Nothing, least of all the opinions of much reviled ‘experts’, has been able to stop the British electorate, or at least a large segment of it, from leaping off a precipitous cliff with little or no sense of where they – and the country they profess to love and admire – might actually find themselves. In many voters’ minds detestation of large-scale immigration from eastern Europe and an overriding desire to reintroduce stringent border controls have apparently taken precedence over fears concerning the possibly disastrous effects on the British economy of leaving the EU.
The problem with this vote to return to the comforting Englishness and timeless values of Budleigh Salterton is that the world has moved on. The England of two or more generations ago, evoked by warm beer and leisurely cricket matches, by afternoon tea and the BBC Home Service no longer exists. We live in a fast-changing, complex and increasingly interdependent world. Britain or England, whether it remains inside or outside the EU, has to contend with the threat of Islamic terrorism, with escalating and potentially overwhelming environmental problems, with an increasingly aggressive, unpredictable and expansionist Russia, with the need to sell services and manufactured goods in highly competitive markets and with the challenge of maintaining and if possible improving the provision of health care and education to British consumers. It is far from self-evident that Britain, or England, is more likely to be successful in fulfilling these challenging objectives once it has detached itself from the world’s largest trading bloc.
If you peel away the apparently timeless English façade of communities like Budleigh Salterton you will quickly discover that the cultivation of traditional English life-styles behind neatly clipped privet hedges, supplemented with an occasional Caribbean cruise in the depths of a dismal British winter, is an expensive business. In many cases, it depends on large incomes generated by substantial pension funds and by a portfolio of shares and other investments. The affluent retirees of Budleigh Salterton like the rest of England, rich or poor, may dream of freeing themselves from the bureaucracy and petty irritations of Brussels. However, the notion of ‘going it alone’ in the 21st century is simply a fantasy. The collapse of inward investment, the exodus of companies that formerly had their European headquarters in England, the secession of Scotland and perhaps of Wales and Northern Ireland from the UK hardly represent an attractive prospect, even for many Brexiters. Smaller, poorer, more conflicted and infinitely more parochial, post-Brexit England will not match up to the hype, bluster and bravado of irresponsible and self-promoting politicians like Nigel Farage and Boris Johnson.

Budleigh Salterton: Brexit And The Quest For A Mythic England

With thanks to the East Devon Watch blog:
Brexit: a desire to return to the old certainties of Budleigh Salterton! | East Devon Watch
.
.
.
Posted by Jeremy Woodward at 14:32