"The solution to despair is to let yourself feel it – then take action: volunteer, make a donation, join a campaign."

His piece in today's Guardian is not advocating 'negative' thinking either. Rather, he looks at how we can break the cycle of despair which makes us feel powerless - through taking action:

How to stay happy when the sky is falling in


Brexit, Zika, gun violence, the England football team: there’s been no shortage of bad news lately. Here’s how to look on the bright side 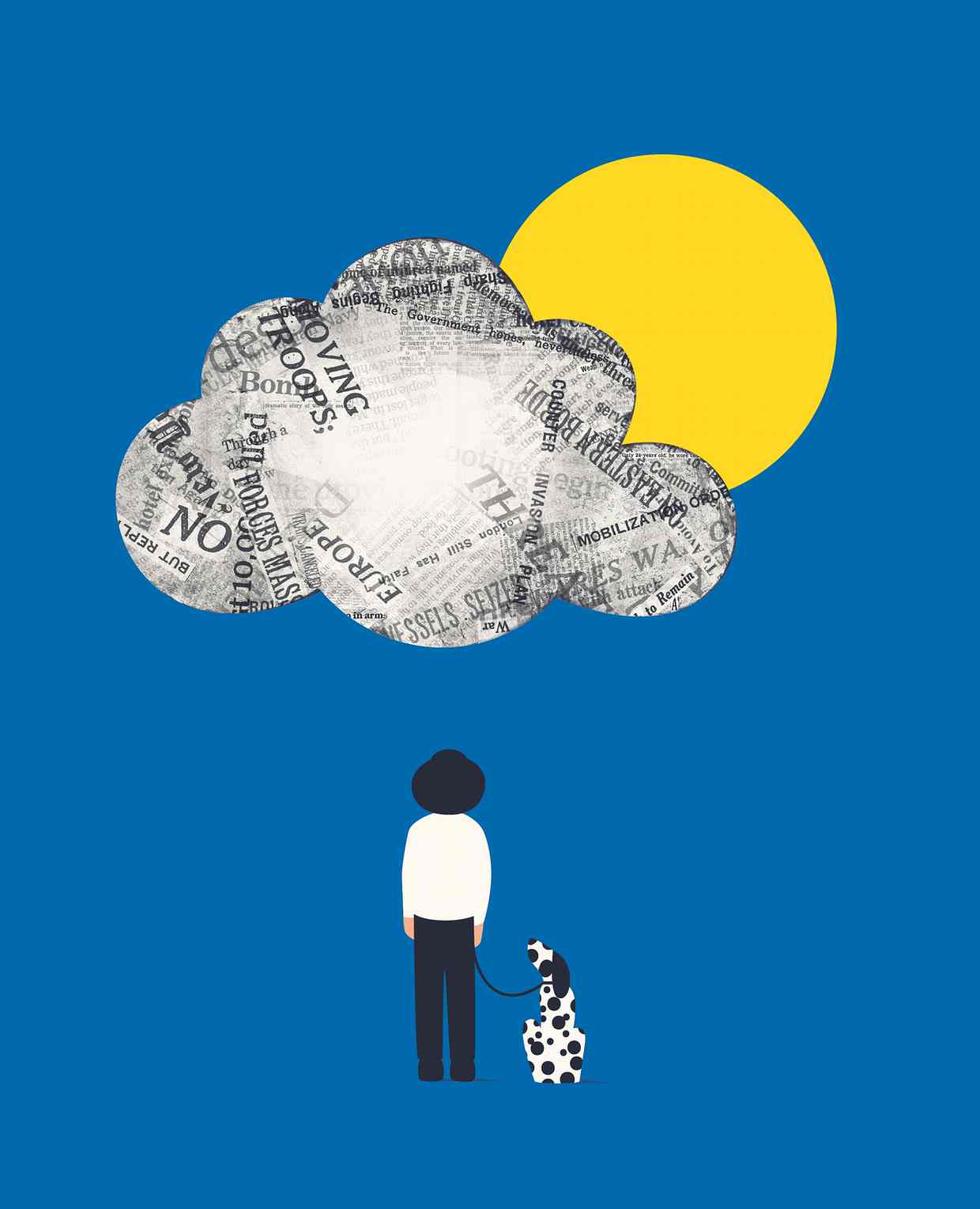 Seen from a certain perspective, the last few months on planet Earth have been pretty unreservedly amazing. Nobody died from smallpox. Almost nobody contracted polio. Hospital operating theatres weren’t generally filled with the screams of patients undergoing surgery without anaesthetic, and no war claimed anything like the single-day death toll of the first hours of theBattle of the Somme, 100 years ago this week. Britain decided the question of European Union membership via democratic vote, not armed conflict, and women were entitled to participate – an astonishingly recent state of affairs. Though we don’t have all the figures yet, it’s likely that gun violence in America continued its long-term decline and that extreme poverty around the world continued to fall. Oh, and that working people on both sides of the Atlantic enjoyed unprecedented quantities of leisure time. Even if you don’t believe in the inevitability of human progress – maybe things really will get worse again in the future – it’s hard to deny that we’re having a good run.
But it hasn’t felt that way, of course. If you paid even scant attention to the headlines, or to social media, even before the shock of the Brexit vote, it felt peculiarly, unremittingly bad: the killings in Orlando, and the failure of gun control efforts in their wake; the return of English football hooliganism; the nastiness unleashed by the Brexit referendum; and then the horrifying killing of Jo Cox MP – all against the backdrop of the advance of both Donald Trump and the Zika virus. (Climate change didn’t go anywhere, either.) The news recently has had a mean, vindictive air about it, as if crafted by a comic-book supervillain solely to dispirit you personally: just when you think a week can’t get worse, you learn that your favourite Star Trek actor was killed in a freak accident in his driveway, or a two-year-old boy by an alligator at Disney World. All these incidents were appalling for those directly involved. For the rest of us, the apocalyptic feelings are somewhat harder to explain. We know, rationally, that people in every era have always believed that theirs was the worst in history – and that, by many yardsticks, things are better than ever. Yet the conviction that Everything Is Terrible remains. And now it is joined by the conviction that everything is uncertain, too, fuelling an escalating anxiety about the future.
Is it possible to remain happy, or even marginally optimistic, in such circumstances? Obviously, you could just cease consuming news entirely. That’s long been the advice of a certain breed of expert, for whom despair-inducing headlines are simply a distraction from what really matters. “Out of the approximately 10,000 news stories you have read in the last 12 months,” Rolf Dobelli, author of The Art Of Thinking Clearly, wrote in this newspaper, “name one that – because you consumed it – allowed you to make a better decision about a serious matter affecting your life, your career or your business. The point is: the consumption of news is irrelevant to you.”
But this is no use if you’re the kind of person for whom keeping abreast of the state of the world at large is one of the things that really matters. For us, checking out from the news isn’t an option – especially not in the face of sudden economic and political uncertainty, when it feels entirely possible that the news could have a very personal impact. The trouble is that, when it comes to getting an accurate grip on things, the modern media and the human brain are both strikingly poorly designed.
You’ve probably heard, in recent years, about the numerous cognitive biases that prevent us accurately assessing risk, so that we fear terrorist atrocities more than car accidents, for example, because it’s easier to call to mind vivid images of terrorism. But there’s another problem so fundamental, it tends to escape our notice: news, by definition, is about things that happen, rather than things that don’t. As the cognitive scientist Steven Pinker points out, you never see a news reporter speaking breathlessly live to camera from a foreign land because war hasn’t broken out there. And there will always be sufficient bad news to fill a half-hour bulletin, or a news website’s home page. Perfectly reasonably, most of us value stability and security in life, and fear sudden change. Yet stability isn’t news, which means that the headlines inevitably focus more on what we fear than on what we value. We’re subjected to an undifferentiated, unrelenting mishmash of Bad Events, in which one isolated incident of violent crime is accorded no less status than an ecological crisis that threatens to destroy the species. News, in the words of the French social theorist Pierre Bourdieu, becomes “a series of apparently absurd stories that all end up looking the same, endless parades of poverty-stricken countries, sequences of events that, having appeared with no explanation, will disappear with no solution – Zaire today, Bosnia yesterday, the Congo tomorrow.”

Widespread despair has tangible effects: it fuels the rise of Donald Trump and movements like Brexit

The solution to despair is to let yourself feel it – then take action: volunteer, make a donation, join a campaign

The principle might be extended beyond environmental concerns to every depressing aspect of the world today. Stop telling yourself that you need to feel upbeat, and it begins to seem less pointless to make some tiny effort to address one or two of those problems: to take on a small weekly volunteering role here; to make a modest donation to charity there. The solution to feeling so despairing about the news, in short, is to let yourself feel despairing – and take action, too. “One of the great things about everything being so fucked up,” Jensen likes to say when speaking to audiences, “is that no matter where you look, there’s a lot of work to be done.”
Don’t kid yourself that you will single-handedly eradicate nationwide or global problems; instead, define and pursue small-scale goals, like joining a campaign with some connection to the issues that trouble you the most. Focus on activities you enjoy: these will be much easier to sustain. And there is certainly some relief in attending to your own wellbeing. Exercise, sleep, time spent in nature, meditation and socialising are all proven paths to increased happiness; they’re cliches, but only because they really work – and it isn’t self-indulgent to make time for them.
Paradoxically, it’s through taking action, despite not feeling happy about the situation, that a deeper kind of happiness can arise. (That’s certainly the implication of research on the emotional benefits of volunteering, charitable giving, community involvement and political protest.) Jensen has written that people sometimes ask him why he doesn’t just kill himself, if things are as bad as he says. “The answer is that life is really, really good. I am a complex enough being that I can hold in my heart the understanding that we are really, really fucked, and at the same time that life is really, really good. I am full of rage, sorrow, joy, love, hate, despair, happiness, dissatisfaction, and a thousand other feelings. We are really fucked. Life is still really good.”