Brexit: and the future of farming


Over the last couple of days, there has been a lot of discussion on the future of farming - all over the country:
Post-Brexit farming policy up for discussion at Livestock Event | Plymouth Herald
'Tremendous opportunity' for farmers post Brexit, says Bury MP (From Bury Times)
Staffordshire farmers kick-start post-Brexit debate at County Showground | Staff Newsletter

And the lobbying has started in earnest:
Commitment welcomed from new Brexit Secretary to work with NFU - Farming Life

Fears are that the smaller farmers will not get a seat at the table:
Landworkers’ Alliance demands recognition for small-farms in post Brexit policies (From Smallholder)

Here is a comment on Devon County Councillor Claire Wright's blog from a couple of weeks ago:

As an small scale agroecological farmer I was very much in favour of Europe and it’s upholding of environmental and social principals. I fear that every decision made on agriculture will now be made on the ‘get big or get out ‘.......Profit before planet principal etc..

In Europe small farmers had a voice, albeit a little one, the landholders alliance of which I am a member could go to Brussels and lobby against the likes of coca cola and Monsanto, through voting leave we have now had that chance taken away.. I’m sure this is the case for many other small but worthwhile groups trying to do what they feel is the right thing..

A couple of years ago the EU allowed member states to decide the size of farm that would qualify for payments..

So a devolved to the UK gov decision.

In their infinite wisdom UK government decided that it was ‘uneconomic’ (hmmn?) to administer the system for farms of this size..

Despite the fact that this acreage feeds over 90 families a week, with most of their vegetables and eggs, plus makes a modest living for a family..

So there was nothing financial to lose… On the continent; farms much smaller than this are still supported, and seen as valuable contributors to food security, diversity, ecology, and the local social fabric.

I guess we’ll just have to keep relying on local support, more so now than ever. But it’s sad to have left the European Family which we felt such a part of.
I dislike intensely the image of farmers and country dwellers all being right wing, just in it for themselves, narrow minded and insular….

It’s not fair, or correct…

Brexit: It is now more important than ever that this country has MPs who will represent the people - Claire Wright

The BBC has just produced a very handy overview of the situation for farming: 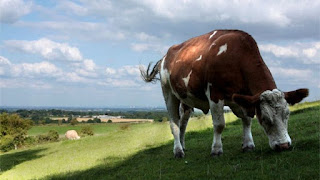 Farmers and environmentalists alike are facing anxiety as the shadow of Brexit looms over Britain's countryside.

Some farmers fear their subsidies will be axed, making farming unviable on poor quality land.

Campaigners worry that the new Environment Secretary Andrea Leadsom may cut rules protecting wildlife. A government spokesman said policy changes were impossible to predict, but that long-term nature protection was expected to proceed.

How that will be funded is a different matter. At the moment, farmers get about £3bn a year in subsidies, with the biggest farmers pocketing cheques of £1m. The grants are mostly given for little more than owning land - but partly for taking care of wildlife.

The Leave campaign ruled out subsidy cuts until 2020. But since successive Conservative governments have sought to reduce farm payments overall and focus funds towards benefiting the environment and rural economy, farmers may expect their payments to shrink in the long run.

The pro-hunting Ms Leadsom represents a largely rural constituency in South Northamptonshire with many farming voters.

But in a speech, she hinted at a change in grants, saying: "Some of the things that would make sense would be environmental trading credits, because at the moment you have farmers who have to do a bit of environmental planning and a bit of farming just to meet the EU requirements. It would make so much more sense if those with the big fields do the sheep, and those with the hill farms do the butterflies."

Brexit raises this possibility and many others - because the EU currently exerts a massive influence on UK environment policy. Standards set in Brussels have led to massive UK improvements in water quality, beaches and the efficiency of appliances like vacuum cleaners.

The head of WWF UK, David Nussbaum, for instance, told BBC News: "We have all benefited hugely by EU rules making sure that we can now swim off the coast with a reasonable certainty that we won't be swimming in human faeces."

There are demanding standards on air quality, too, which the UK might be ignoring, if left to its own devices. And EU directives have also added an extra layer of protection for birds and habitats.

Mr Nussbaum warns: "There will be one mighty battle if the government uses Brexit to try to reduce standards on the environment. Why should we in the UK have a worse environment than our neighbours? The most rational negotiating position with the EU is for us to say we will simply accept the body of EU environmental law unchanged."

Keeping the existing framework would leave the possibility that people could continue to take court action against the government if it's thought to be backsliding on commitments. 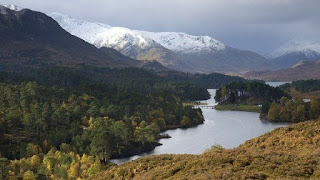 The WWF, Angling Trust and Fish Legal, for instance took ministers to court successfully last year after they dragged their feet on cleaning up watercourses.

The farming industry has other priorities following Brexit. The National Farmers Union (NFU) President Meurig Raymond, for instance, said the NFU was embarking it's biggest membership consultation for a lifetime. He said: "Many issues need addressing immediately. We need a simpler application process (for grants). There are many uncertainties to overcome - trade agreements, labour, financial support, legislation are all up in the air."
Radical approach

The Country Landowners' Association are urging "a new food, farming and environmental policy to succeed and better the Common Agricultural Policy".

And on the environmental side, contesting ideas are also jostling to be heard in the post-Brexit land of risk and opportunity. Should the government, for instance, heed established environment groups like the WWF and RSPB, and continue to plough cash into schemes protecting the current list of farmland species.

Or should it take the radical re-wilding approach proposed by campaigners like George Monbiot, and allow nature to reclaim the heavily-subsidised uplands?

The Conservative Party manifesto committed to "imposing a long-term plan to restore UK biodiversity within 25 years", and a Defra source said work was expected to continue towards that goal. But there may be debate over what restoring biodiversity actually means.

Ms Leadsom has shown herself to a plain-talker unafraid to express controversial ideas. We shouldn't be surprised if the countryside looks rather different in coming decades.

And there's a big question too about countryside policy in the nations. They currently run their own subsidy regimes with cash from Brussels, so Brexit will mean huge decisions for them.

Here is another excellent overview of the current situation, also from yesterday:
What does Brexit mean for British farming An in depth look into the burning issues - Farming UK News

Finally, ironically, the German discount supermarkets seem to have the best supply chains to British farmers:
​German stores to benefit most from Brexit - and cost of shopping will rise - claims new study | North Devon Journal
.
.
.
Posted by Jeremy Woodward at 11:48