Brexit: and delivering economic development across the UK whilst protecting Devon and Cornwall

With more news just in, the prognosis for the UK's economy depends on which newspaper you read:

Meanwhile, the anxieties about how things are actually panning out on the ground continue.

This is from Tuesday's Western Morning News: 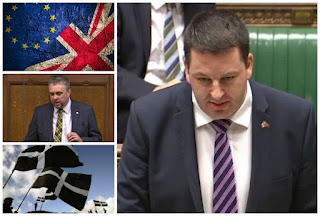 The Government is coming under increasing pressure to guarantee the future of EU funding for areas like Cornwall, as MPs seek assurances in the wake of last month's Brexit vote.

Labour, Lib Dem and Tory MPs have all asked the Government to confirm the investment in infrastructure and growth will continue, and have so far received little response. The Lib Dems are now pledging to take "urgent action" on the issue, to ensure Devon and Cornwall's position is "protected" in any Brexit negotiations.

As one of the country's most deprived regions, Cornwall is due to receive a total of £506 million pounds through the current round of European Regional Development (ERDF) and European Social (ESF) funding. This comes on top of £394 million it received form the EU through the 2007-2013 round. The money has so far been spent on upgrading major roads, investing in the university and local businesses, and protecting heritage sites.

Plymouth has also benefited from EU funding, with the aquarium, university and theatre all benefiting from investment.

St Austell and Newquay MP and Brexit campaigner Steve Double used this week's Parliamentary questions Department for Communities and Local Government to ask for clarity about the funds future. He told ministers there are "very real concerns about the current programme" and asked them to meet with him to "make sure we can get every penny possible out of the EU before we leave".

He was followed by the Labour shadow secretary for Communities and Local Government, Grahame Morris, who asked "what guarantees" ministers can give that investment from the EU "will be maintained up to and after Brexit".

Parliamentary Under Secretary Andrew Percy agreed to meet with Mr Double, but gave no clear answer to questions about the future of funding. He only stated that the Government is committed to "delivering economic development across the United Kingdom".

Responding, Lib Dem leader Tim Farron claimed his party would do every it can "to defend the economy of the region. We will be demanding that Cornwall receives investment equal to that provided by the EU programme which has averaged £60 million per year over the last ten years," he said. "The funding was vital to improving infrastructure and supporting farmers. We will be taking urgent steps to ensure that the UK Government protects Devon and Cornwall's position in any negotiations."

The MP received an answer, as reported in today's WMN:
MP reassured over future of EU funding for Cornwall | Plymouth Herald

Meanwhile, the Economist has been in Devon: 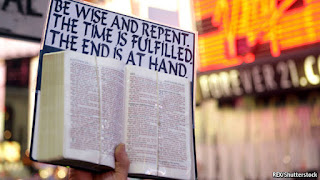 Driving back from Devon on Monday, your blogger heard a discussion on the BBC about whether the gloomsters should just "shut up" for fear of creating the very recession they forecast.

It is a fair point that economists have not been very successful at predicting recessions. But that it is not because they cry wolf too often. Paul Samuelson made the quip that "stockmarkets forecast nine of the last five recessions". But economists have a tendency to extrapolate; if growth has been 2% over the last year, they tend to forecast it will be 2% (plus or minus a bit) in the next. A recession is a sudden change in trend.

For economists employed in the financial sector, there is an implicit bias towards optimism. As one once told me "There is no incentive to forecast a recession, If you are wrong, you'll be fired. And if you're right, no one will thank you." Or as Keynes put it,

Worldly wisdom teaches that it is better for reputation to fail conventionally than to succeed unconventionally.

Go back to the dotcom boom and sceptics of those high tech valuations were told they "just didn't get it". Even Warren Buffett was called a dinosaur for expressing doubts.

So the reception to today's negative forecasts helps explain why so few forecasters called 2007 or 2008 right. Some of us spotted straws in the wind but fell far short of anticipating the full horror. Indeed, had any economist in early 2007 predicted the effective collapse of much of the banking sector, and the deepest recession since the 1930s, they would have faced either deep scepticism or similar accusations of "talking the economy down".

Now, of course, those of us who backed the Remain camp need to be careful about the sin of "confirmation bias"—looking for evidence that confirms our gloomy view. Take the Bank of England's agents' report on regional conditions. It said that

Following the EU referendum, business uncertainty had risen markedly. Many firms had only just begun to formulate new business strategies in response to the vote and, for the time being, were seeking to maintain ‘business as usual’. A majority of firms spoken with did not expect a near-term impact from the result on their investment or staff hiring plans. But around a third of contacts thought there would be some negative impact on those plans over the next twelve months. As yet, there was no clear evidence of a sharp general slowing in activity.

Leavers will take that report as showing there is no sign of a slowdown; Remainers will worry about the third of companies that expect an impact on employment and job hiring over the next year. Similarly, retail sales fell 0.9% in June—a sign of Brexit-related weakness or simply statistical noise that offset a 0.9% increase in May?

It is clearly too early to tell whether there will be a recession. But let us suppose there had been no referendum at all. Anyone looking at the Deloitte survey of chief financial officers that found...

82% of CFOs expect their firms to shrink capital spending in the next year, with 83% forecasting a slowdown in hiring. Both are the highest level recorded by Deloitte’s survey and up significantly from 34% and 29%, respectively, in Q1.

...might reasonably worry, as they might about the construction survey which showed the weakest level of activity since 2009.

Now, some of this may indeed be down to confidence; and confidence may return if nothing bad happens to the economy in the short term. But let us go back to why business might be worrying. The UK has voted to upend its trading relationships and no-one knows what will replace them; indeed the government does not intend to begin formal negotiations on leaving the EU until next year, meaning that the process will not be completed until 2019. So the uncertainty will be prolonged. The surprise would be if economists were not forecasting an impact on activity.

The economists at Barclays have no financial interest in forecasting a recession; quite the reverse since they work for a UK bank. They are making their best, honest prediction. Rubbishing those who forecast a downturn will only add to the complacency bias that surrounds economic forecasting and make us even less prepared for the next global recession.

Economics, politics and markets: Why people don’t tend to forecast recessions | The Economist
.
.
.
Posted by Jeremy Woodward at 15:41