It's back in town for this September: 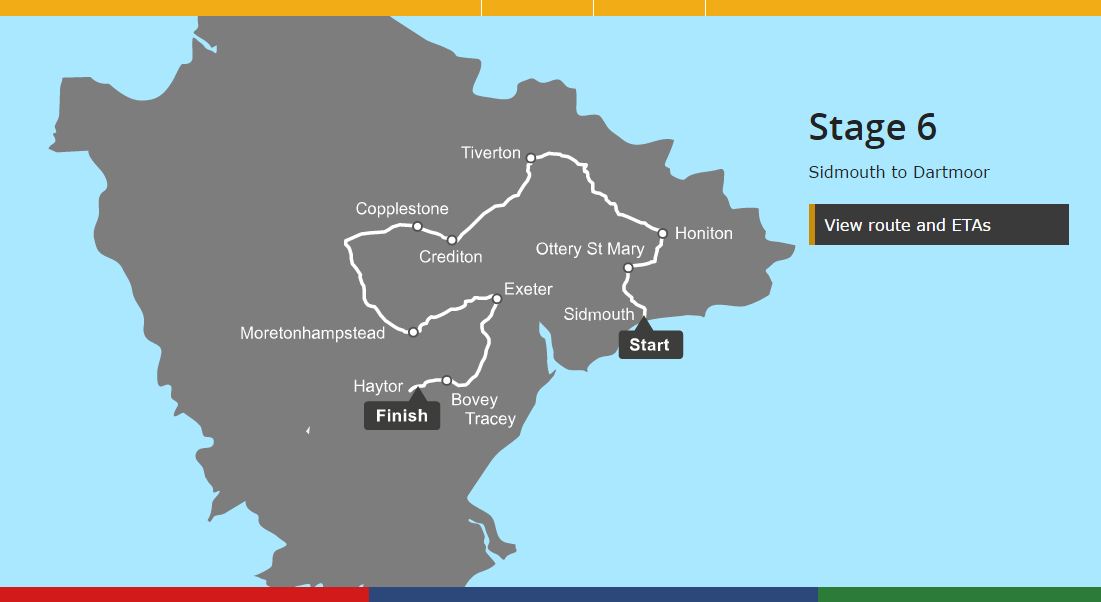 This was announced back in February:
Futures Forum: Tour of Britain returns to Sidmouth: 9th September


The Tour of Britain to return to Devon with summit finish


Councillor Stuart Hughes, Devon County Council's Cabinet Member for Highway Management, and the local County member for Sidmouth Sidford said: "The Devon Stages in 2013 and 2014 were unforgettable occasions. Record breaking crowds turned out across the county and boosted the local economy by almost £12m.

"This year's stage promises to provide another great show case for our beautiful county as a premier destination for cycling tourism."We're proud that Devon will be a key feature of the race, providing the only summit finish of the 2016 edition and the Tour were so impressed with the atmosphere and organisation of the Sidmouth start in 2013 that they didn't hesitate in wanting to return""Thanks must also go to East Devon and Teignbridge District Councils and Sidmouth Town Council for their financial support towards the event."

Today's Herald has the line-up which will start from Sidmouth:
Tour of Britain line up announced - News - Sidmouth Herald

And yesterday's Herald promised a very busy time for anyone into or interested in cycling: 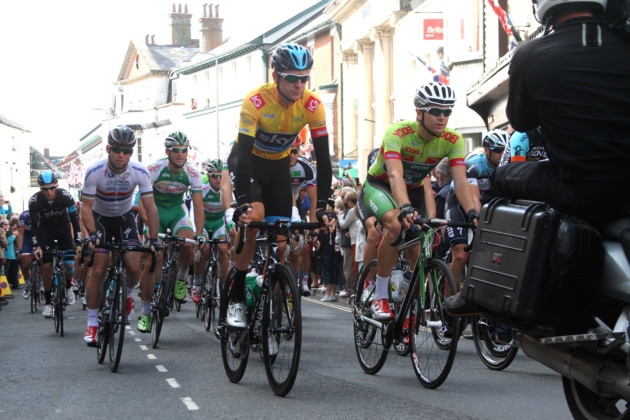 Bradley Wiggins leads the field away at the start of last year's Devon stage of the Tour of Britain in Sidmouth.. Picture by Alex Walton.


There is a whole host of festivities to gear Sidmouth up for the Tour of Britain.

The professional cyclists will not be setting off from the Esplanade until 11.30am on Friday, September 9, but people will be getting on their bikes days before.

The Sunday (September 4) will see a display by unusual contraptions from the Velo Vintage organisers, who staged a full ride in Sidmouth in December. Alistair and Seb Cope will also be out on their penny farthings on the Thursday (September 8), before leading out the riders on the day of the big race.

Live bands will be playing at Dukes on Thursday, September 8, and, along the Esplanade, The Marine will be putting quizzers’ knowledge of cycling to the test.

The Sid Valley Cycling Club (SVCC) will be staging two gentle ride-out evenings, while the chamber of commerce will be holding a shop window competition, with a signed Tour of Britain shirt up for grabs. And on the Thursday, the SVCC has teamed up with British Cycling to stage criterion races through closed town centre roads for men, women and youths. Visit www.svcc.org.uk

On race day, competitors will race 95 miles from the seafront, via Ottery St Mary and Honiton, to the summit of Haytor on Dartmoor.

Once the riders have departed, pupils from 10 to 15 schools will be going head to head in a bike race of their own through The Byes.

Councillor Stuart Hughes, Devon’s highways chief, said: “We learnt what went well and what didn’t go so well back in 2013 [previous tour].

“This year’s programme of events leading up to stage six of the Tour of Britain this year will make Sidmouth the true destination for cyclists and those who may well be inspired to get the cycling bug.”

Plenty of fun in Sidmouth in lead-up to the Tour of Britain - News - Sidmouth Herald
.
.
.
Posted by Jeremy Woodward at 13:55