One of the complaints from those wanting to leave the EU is that whilst migrant workers "work their socks off", "there should be more training for [British] children".
One solution would be to "turn our back on Anglo-Saxon policy for the past 20 years and try and build an economy a bit more like Germany's, where you have medium-sized manufacturing companies offering jobs for life":
BBC Radio 4 - The Briefing Room, Why Did People Vote Leave?

This would mean acknowledging the problem of the Not in Education, Employment or Training generation:
One in five millennium children 'will become NEETs' - Telegraph
Permanent underclass is emerging in UK, businesses warn | Education | The Guardian

- which is why many employers seem to prefer to give jobs to migrants:
LiveLeak.com - The Day the Immigrants Left (doc)

Perhaps we could try introducing the apprenticeship system with well-paid, high-tech jobs:
'The best engineers come from Germany' - BBC News
Can German business ideas revive the UK economy? - BBC News
You're hired: How the apprentice gets ahead in Germany - BBC News

The problem is that in the South West, we rely on low-paid jobs:
Futures Forum: Brexit: and migrant workers in care homes and hotels >>> Who will take care of us "when the immigrants leave?"

And meanwhile it is just those Small and Medium-sized Enterprises which are considering quitting the country following the referendum:


Has Totnes firm started the post-Brexit exodus from UK? 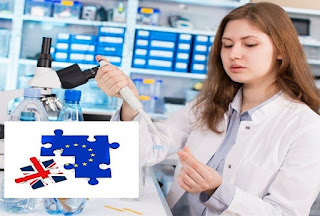 A Totnes company which invests in and develops cosmetics, drugs and medical gear may have become the first firm to announce it is definitely moving to Europe because of the UK's Brexit from the EU.

Herba Invest Ltd – which also has addresses in London, Slovakia and the USA – said that in light of the referendum result it has taken the "regrettable decision" to relocate within the European Union.

Other South West companies have told The Herald they would consider leaving the UK for Europe depending on the circumstances of a Brexit from the EU.

But Herba Invest Ltd is the first firm to tell The Herald it is definitely upping sticks due to the UK's vote to leave. The company is part of an international group of companies specialising in the development and manufacture of cosmetics, medical devices and herbal drugs, particularly for the EU market.

Working closely with the University of Turin and "one of the best" pharmaceutical laboratories in Italy, the expert scientific team of Herba Invest has the capabilities to take a product from development to commercial level, the company said.

The UK was chosen as the main headquarters, since Britain is "quite an easy place to do business", the firm said.

Chris Bovey, a company spokesman, said: "This is a regrettable decision as we had hoped to expand and take on people locally. But like many companies engaged in our line of business our success depends on working with others across national boundaries without barriers. Sadly, the UK outside of the EU is now likely to face those barriers in the future so the decision has really been made for us."
Herba Invest's website says it offers a complete range of herbal and pharmaceutical formulation development services, analytical methods development, methods and process validation, suitability petitions, stability studies, raw material, and finished product testing.

It says its scientific team draws from years of herbal and pharmaceutical industry experience, and that Herba Invest has the capabilities to take "your product from the development to the commercial level".

Has Totnes firm started the post-Brexit exodus from UK? | Plymouth Herald
.
.
.
Posted by Jeremy Woodward at 08:48