This is from today's Independent:

​Exclusive: Leave campaign stronghold refuses to forsake base in Belgium due to mounting concerns over its finances 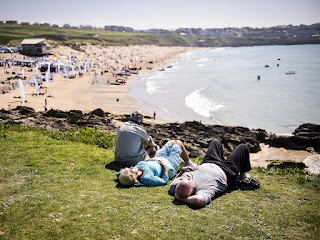 Cornwall’s council has admitted it will keep its office in Brussels after the UK has severed ties with the EU, despite residents in the county voting overwhelming to leave the bloc.

Senior councillors fear the UK Government will not keep its promise to maintain up to £60m in annual EU funding and say the Brussels office will remain essential in its quest to bring in cash from other areas.

The county found itself the subject of a series of national headlines in the wake of the Brexit vote, when it insisted it wanted to keep the annual grant – regardless of Cornish antipathy towards the EU.

But Julian German, portfolio holder for economy and culture at Cornwall Council, toldThe Independent: “We believe it is more important than ever to maintain our office in Brussels.”

The base in Brussels will be used to maintain Cornwall’s involvement in Horizon 2020, an EU research programme, and Interreg, which strives for European territorial co-operation. Cornwall is also involved in the Conference of Peripheral Maritime Regions, a think-tank made up of representatives from 28 countries with sea borders in Europe.

“There are still funding streams that are open to non-EU countries. In terms of trading and a wider fiduciary and cultural relationship, being in Brussels is beneficial,” Mr German said. “The Cornwall Brussels office allows us to have an ear to the ground and see where the opportunities are. In what we all believe are more straightened financial times in the short term, it makes sense to be there.”

As the poorest region in England, Cornwall received funding from the EU based on need.

The Government promised that Cornwall would receive the same money if the UK voted to leave, but Mr German said that so far they had put a hold on contracts and refused to give further details. That means that millions of pounds that should be going towards work spaces, programmes to get young people in training and work and renewable energy from the sea, among other things, have been halted.

“The Government is saying we’re not signing any contracts. We’ve had contracts that were ready to be signed in May. Businesses want to move on things. Some of these projects, if funding doesn’t come soon, won’t happen,” he said.

A considerable majority of Cornish voters opted to Leave the EU, at 182,665 to 140,540, despite the region receiving millions in funding that has gone towards building Newquay Airport and the Eden Project. EU funding has supported local businesses and helped improving training for young people in the county.

In the aftermath of the vote, many questioned why Cornish residents were not better informed about how much support they were getting from the EU.

When asked why so many Cornish people voted to leave despite the amount of financial support they received, Mr German said he thought people wanted both to leave the EU and to improve their life changes and employment prospects - but that the two were not mutually exclusive. “I think there’s a disconnect between beneficiaries in Cornwall and acknowledging that the funding is possible because of EU,” Mr German said. “I’m concerned that these benefits will fall away and people will say ‘how come’. At the moment people don’t understand that but once they start losing benefits they will understand,” he said.

Cornwall to keep Brussels office after Brexit… despite voting to leave EU | Home News | News | The Independent
.
.
.
Posted by Jeremy Woodward at 15:04