Brexit: and business confidence returning - or plummeting in the South West?

Earlier this month, however, estate agents were back to talking up the market:
Confidence is returning to the housing market following Brexit jitters | Bristol Post

... their analysis of business activity a fortnight ago seemed to be positive, although costs - and therefore prices - are rising:

Business activity in the South West returned to growth in August after a brief post-referendum contraction, according to the latest Lloyds Bank Regional Purchasing Managers’ Index. The South West PMI registered 55.5 in August, up from 49.5 in July, and was the second fasting growing region in the UK. A reading of above 50 signifies growth, while below 50 signals contraction. New business orders grew faster than the UK national average and regional employment levels rose slightly for the second month running.

However, the data also revealed that cost pressures for private firms continued to intensify, which could be linked to the weaker pound and higher fuel and labour costs. As a result, firms increased charges for their products and services in an attempt to offset this increasing cost burden – with output prices increasing at the fastest rate since February 2014.

David Beaumont, regional director for SME Banking for the South West, Lloyds Bank Commercial Banking, said: “This latest PMI suggests that the post-referendum slowdown in business activity was short-lived. The South West is performing better than most other UK regions and data for the third quarter is signalling a faster overall rate of expansion than in the second quarter thanks to a rise in new business orders.”

The survey is based on responses from manufacturers and services businesses about the value of goods and services produced during August compared with a month earlier.

However, in another report from Lloyds, it is clear that businesses are still feeling very jittery: 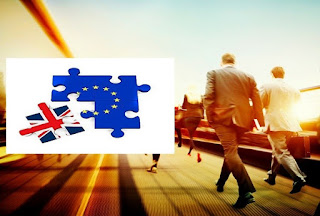 Business confidence in the South West has plummeted as firms fear political uncertainty particularly since the Brexit vote.

A series of recent economic and political shocks, including the UK's June 23 vote to leave the European Union, mean the region's private sector companies are worried about what lies ahead during the next six months.

Exporters are particularly cautious, with confidence falling since the start of 2016, according to the latest Business in Britain report from Lloyds Bank.

David Beaumont, regional director, SME Banking, Lloyds Bank Commercial Banking in the South West, said: "The latest results show a distinct difference in business confidence in the South West since January, something which has been driven in part by recent economic and political events, notably the result of the EU referendum in June.

"With full details of the UK's future relationship with the EU still do be determined, it's likely that this uncertainty will remain in the short term. Until then, businesses will be looking to reinvigorate export opportunities by exploring new markets, and it's encouraging to see growth in exports to Africa."The Business in Britain report, now in its 24th year, gathers the views of more than 1,500 UK companies, predominantly small to medium sized businesses, and tracks the overall "balance" of opinion on a range of important performance and confidence measures, weighing up the percentage of firms that are positive in outlook against those that are negative.The latest report showed confidence fell across all regions, apart from Wales. Data also showed confidence levels were below the national average in the south of England and Scotland, but above average in Wales, the Midlands and the North of England.

The differences in sentiment may have been partly driven by the reaction to the outcome of the EU referendum result, with confidence levels the lowest in London and Scotland, which voted for "Remain".

Nigel Driffield, Professor of strategy and international business at Warwick Business School, said the situation could boost opportunities for regional devolution. "Brexit potentially offers opportunities for regions of the UK to explore their own inward investment strategies based on local needs, and understanding of local labour markets," he said.