To such an extent, that the practice's Patients' Panel are asking for the public to show their support:

“The public response to fears over the future of the Blackmore Health Centre have been very encouraging.

Increases in rent and other costs, as well as plans from NHS Property Services (NHSPS) to redevelop the Blackmore Health Centre with added flats and a pharmacy, would radically increase costs to the Practice and threaten the future viability of the Practice on that site.

Hugo Swire MP, is visiting the Blackmore Health Centre on Monday 19th September to discuss the issues in detail with Dr. Joe Stych, other Partners and patient representatives. NHS Property Services and EDDC planning department have also been invited.

to demonstrate their support outside of the Centre from

Joe Stych said, “The ideal solution here would be for NHSPS to sell Blackmore to the practice so we are in charge of its future.

We would like to ask patients to write to Hugo Swire and Jeremy Hunt to campaign for the building to be sold to the practice to protect it.

We need people to question NHSPS as to why an operational building cannot be sold to motivated health care providers who will make them more efficient and responsive to our communities needs for healthcare provision.”

Di Fuller, Chair of Sid Valley Patient Participation Group has asked that people turn up on Monday to show their support for the Practice. We also want them to sign a petition asking Jeremy Hunt to allow NHSPS to sell Blackmore to the Practice to protect its future and to write to Hugo Swire and Jeremy Hunt with the same request.”

This is the latest from the Herald: 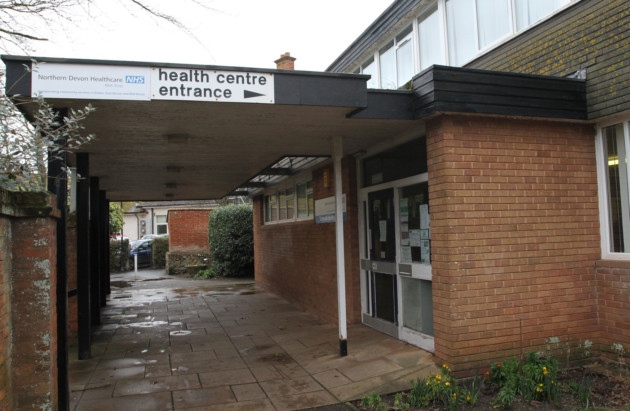 Call for community to support to keep surgery in town centre

Doctors faced with escalating costs and a rent hike of 50 per cent fear they could be forced out of Sidmouth’s Blackmore Health Centre.

The GPs say they have been denied the chance to buy the surgery and while they remain committed to retaining the premises, they say escalating costs and a proposed rent increase of more than £22,000 could render this ‘impractical’.

They have launched a campaign to save Blackmore Health Centre and are appealing for support.

NHSPS has responded to the claims, saying costs are reimbursable by NHS England and argued that in keeping ownership of the site, it is ensuring it will be used for NHS services as long as commissioners say it is required for such use.

It said it does not make profit, but ploughs money back into the NHS.

Dr Joe Stych said: “We really want to buy the site so we are in control of what happens there, but have been refused. NHSPS’s main interest seems to be making a profit from the site rather than improving the facility for patients and the NHS. We have tried very hard to keep things amicable with NHSPS, but enough is enough. We would not want to move from Blackmore - it is a great convenient location for patients. However, working alongside NHSPS seems impractical. If we could find another central location with potential it may be that a move is needed.”

GPs say they struggle to work in the deteriorating premises and have been pressing NHSPS to carry out essential renovation work.

They say while redevelopment would offer new, modern facilities, it would also restrict parking and prevent future expansion.

A spokesman for NHSPS said building a purpose-built surgery with flats would help reduce the cost burden to the NHS of providing a new facility.

He added the same number of parking spaces would be allocated and said: “Other options include a major refurbishment of the existing, dated building. We are discussing these proposals, along with the potential need for expansion space, and billing queries with the practice.

“NHS England has indicated that, in principle, it would continue to reimburse the practice for the costs of rent, rates, water charges and clinical waste if a new development were approved.”

Di Fuller, chair of the Sid Valley Patient Participation Group (PPG), said: “The public feel very strongly that they want to retain the Blackmore site in some form.”

She added the PPG would support any strategy to retain a town centre surgery.

Practice partners personally shouldered a £2.1million loan to build the new Beacon Medical Centre but said it is ‘not an option’ to operate solely from there.

Mrs Fuller called on the community to get behind the practice and put pressure on NHSPS to either sell the surgery or provide adequate, updated premises to meet the growing needs of the community.

Meanwhile, Devon County Cllr Claire Wright, as a member of the Health Cttee, has posted several reports on the issues:


A growing and serious crisis is enveloping our NHS

As a member of Devon County Council’s health and wellbeing scrutiny committee, I am anxiously awaiting what is on the agenda. Plans are set to be published and consulted on shortly.

Councillors are expecting there to be some significant and worrying cuts proposed.

Last month a public consultation was launched in South Devon on closing and selling off four community hospitals.

The team running the Success Regime already seem to be diminishing the role of community hospitals in their documentation I have seen so far. They claim that community hospitals, such as at Sidmouth, Ottery St Mary, Seaton, Exmouth, Honiton and Axminster, do not alleviate bed pressures at the Royal Devon & Exeter Hospital! This is counter intuitive and completely contrary to everything I have heard from medics and nurses up until now.

Ottery St Mary and Axminster Hospitals have already lost their beds of course and Exmouth Hospital looks like it will lose its overnight GP out of hours service.

All of this (and whatever else is to come) is at a time of unprecedented pressure – on beds – on staffing - and on services in general.


A growing and serious crisis is enveloping our NHS - Claire Wright

Information:
NHSPS is a privately owned business wholly owned by the Secretary of State for Health Jeremy Hunt. It was set up in 2013 to manage 3500+ NHS properties. This followed the Health and Social Care Act 2012 which was passed under the radar of the general public and greatly expanded the role private companies can play in providing health care in the UK.

Such a great articles in my carrier, It's wonderful commands like easiest understand words of knowledge in information's.
PEGA Training in Chennai