"Burdens on the health service could be drastically cut if driving was made less attractive and more people were pushed into cycling, walking and using public transport"

We need to make cuts in health provision, apparently:
Futures Forum: The future of Sidmouth's hospital >>> campaigning for Option B 'to keep the hard-earned facilities and staff'

The Lancet has just published a three-part report:

Worldwide, the majority of people already live in cities and by 2050, it is estimated that 75% of 10 billion people have cities as an important social determinant of health. Air pollution, physical inactivity, noise, social isolation, unhealthy diets, and exposure to crime play a very important part in the non-communicable disease burden. This 3-part Series explores how integrated multisector city planning, including urban design and transport planning, can be used as an important and currently underused force for health and wellbeing within the framework of the Sustainable Development Goals in both high-income countries and low-income and middle-income countries.

As the 'i' points out, this could help balance health budgets: 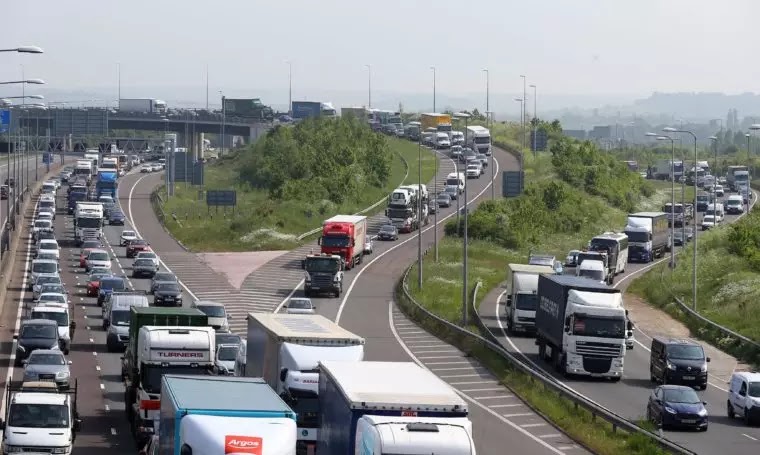 Burdens on the health service could be drastically cut if driving was made less attractive and more people were pushed into cycling, walking and using public transport in London and other cities, the results of a major research project published in medical journal The Lancet suggest.
Researchers led by Australian academic Professor Mark Stevenson quantified “health gains” that could be reaped by adopting policies like driving up motoring costs while reducing car parking availability in cities.
In their paper, “City planning and population health: a global challenge”, researchers proposed a “compact cities” model whereby urban sprawl was curtailed and land use density in urban centres was increased by 30 per cent. The average distance people would have to travel to board public transport would be cut by the same amount under such a scenario, they proposed.
Adopting such a model in London would, they calculated, reduce by 13 per cent the strain on local NHS services caused by cardiovascular disease and cut the burden resulting from type 2 diabetes by seven per cent. Reductions in the incidence of respiratory disease could also be achieved, they found. Even greater health gains were predicted for Melbourne and Boston.
However, the model also predicted a rise of around 10 per cent in fatal road traffic incidents for cyclists and pedestrians in London. But separating pedestrians and cyclists from cars by providing safe walking paths and cycle lanes was found to offset this.

The research was published yesterday (Friday) at a launch at the United Nations headquarters in New York.
Professor Stevenson said: “The effect of interventions that encourage cycling and walking was particularly evident in highly motorised cities such as Melbourne, London and Boston, and underscores the importance of transport policies, pricing and regulation that encourage active transport via cycling, walking and public transport while discouraging private car use. These changes also need to be matched by improved pedestrian and cycling infrastructure to protect cyclists and pedestrians. Our study shows that these changes at city level could lead to real health gains.”
Professor James Sallis from the University of California, who also helped carry out the research, said: “Sadly, it is clear that many city leaders around the world are not applying the lessons of research to make cities as healthy as possible.”
Despite a growing population, and even without many of the more punitive measures proposed by the study’s authors, motor vehicle traffic volumes in London have already declined by seven per cent between 2004 and 2014, while bicycle use has climbed. Some European cities, such as Zurich, already impose overtly anti-car policies intended to achieve a ten per cent shift away from private motor vehicle use to either walking or cycling.

E-cars ‘not the answer’

James MacColl from the Campaign for Better Transport said air pollution from transport caused tens of thousands of premature deaths each year.
He told i: “Unfortunately we are still seeing too many policies in UK towns and cities which promote cars over other transport, like building new roads and scrapping bus lanes. This work should encourage better coordination between government health, planning and transport departments. Not only will it save them all money in the long run, it’ll make our cities nicer places in which to live.
“I’d also make the point that this shows that the answer to all our transport problems is not autonomous electric vehicles. These won’t increase physical activity or reduce congestion. We need to put public transport, cycling and walking at the centre of our future transport planning.”

Priorities the study’s authors say city leaders must now adopt to improve people’s health include introducing traffic calming measures, which could include blocking off some roads to through-traffic and creating more 20 mile an hour zones. They say streets could be made safer for walkers by increasing housing density using layouts specifically designed to promote “natural surveillance” of pedestrianised areas.
In addition, they want housing developments sited close to high-frequency public transport links and changes to ensure people must travel no more than 30 minutes by public transport to reach places of employment
Cycling coaching sessions and awareness training for heavy goods vehicles drivers may also help encourage more people to ditch their cars in favour of two wheels. They have praised London’s Mayor for aiming to double the number of cyclists within a decade and believe the city is a trendsetter with the potential to change transport policies globally.
They state: “Funding will be tripled to £913 million over the next decade to support investment in not only central London, but also in outer London boroughs in which land-use policies are often heavily skewed in favour of single-use residential neighbourhoods and car-dominated infrastructure.
“Cycling infrastructure will indicate a change in priorities, with scarce road space redistributed from cars to cycling and the broader public realm. Because cyclists have been found to be more likely to visit neighbourhood shops, increased cycling might help to recover main shopping streets that have gone into decline.”

Making it harder to park could yield health benefits, study finds - The i newspaper online iNews

The Sun is also impressed:

BY LIZZIE PARRY
23rd September 2016, 5:10 pm
Better city planning to encourage cycling and walking could help reduce early deaths from heart disease and diabetes, according to new research.
The simple measure could achieve significant reductions in non-communicable illnesses, which also include cancer, as well as boosting fitness and reducing pollution. 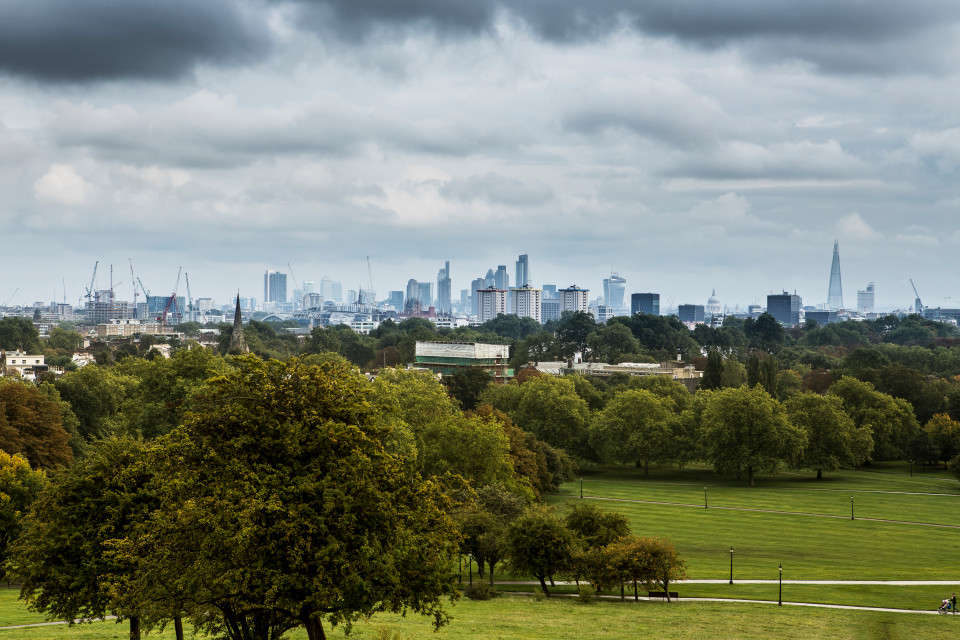 But, in busy cities such as London promoting exercise must be matched by improvements to infrastructure that separate car, buses and lorries and cyclists and pedestrians to protect them from road injuries.
Case studies of London, Boston, Melbourne, Sao Paulo, Copenhagen and Delhi, found massive health gains could be achieved if they incentivised a shift from cars and buses to cycling and walking.
A computer model in London led to a reduction of 13 per cent in the burden of heart disease and seven per cent in type 2 diabetes.
In Boston, the reductions were 15 per cent and eleven per cent, respectively.

There is a real opportunity for city planning to reduce non-communicable diseases and road trauma and to promote health and wellbeing more broadly
Professor Billie Giles-Corti, University of Melbourne

Professor Billie Giles-Corti, of the University of Melbourne, said: “With the world’s population estimated to reach 10 billion people by 2050, and three quarters of this population living in cities, city planning must be part of a comprehensive solution to tackling adverse health outcomes.
“City planning was key to cutting infectious disease outbreaks in the 19th century through improved sanitation, housing and separating residential and industrial areas. Today, there is a real opportunity for city planning to reduce non-communicable diseases and road trauma and to promote health and wellbeing more broadly.”


The study on urban design, transport and health, published in The Lancet and launched at the UN General Assembly in New York said more than half of the world’s population live in cities. 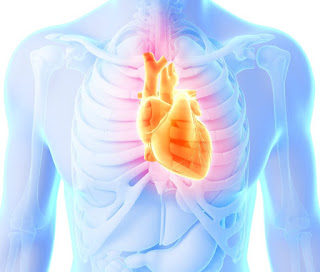 By 2050, large cities in the USA, China and India are predicted to see their populations increase by 33 per cent, 38 per cent and 96 per cent respectively.
Key interventions urged in the paper include having shops and services within walking distance, a mix of employment and housing across the city.
Parking spaces should also be reduced and cost increased, safer pavements and cycle lanes, more open spaces and public transport stops as well as making neighbourhoods safe, attractive and convenient for public transport.
Added Prof Giles-Corti: “We concluded focusing on walking and cycling infrastructure alone is critical but not enough – to create cities that promote health needs joined-up policies and input across multiple sectors: land use, transport, housing, economic development, urban design, health and community services, and public safety.”