Brexit: and the Fourth Industrial Revolution

As reported at the time, technology has always been 'disruptive':
Futures Forum: Creating/destroying jobs >>> Creative Destruction and Artificial Intelligence

Davos was a good forum for technology pioneers, business leaders and politicians to consider some of the implications of the new economy 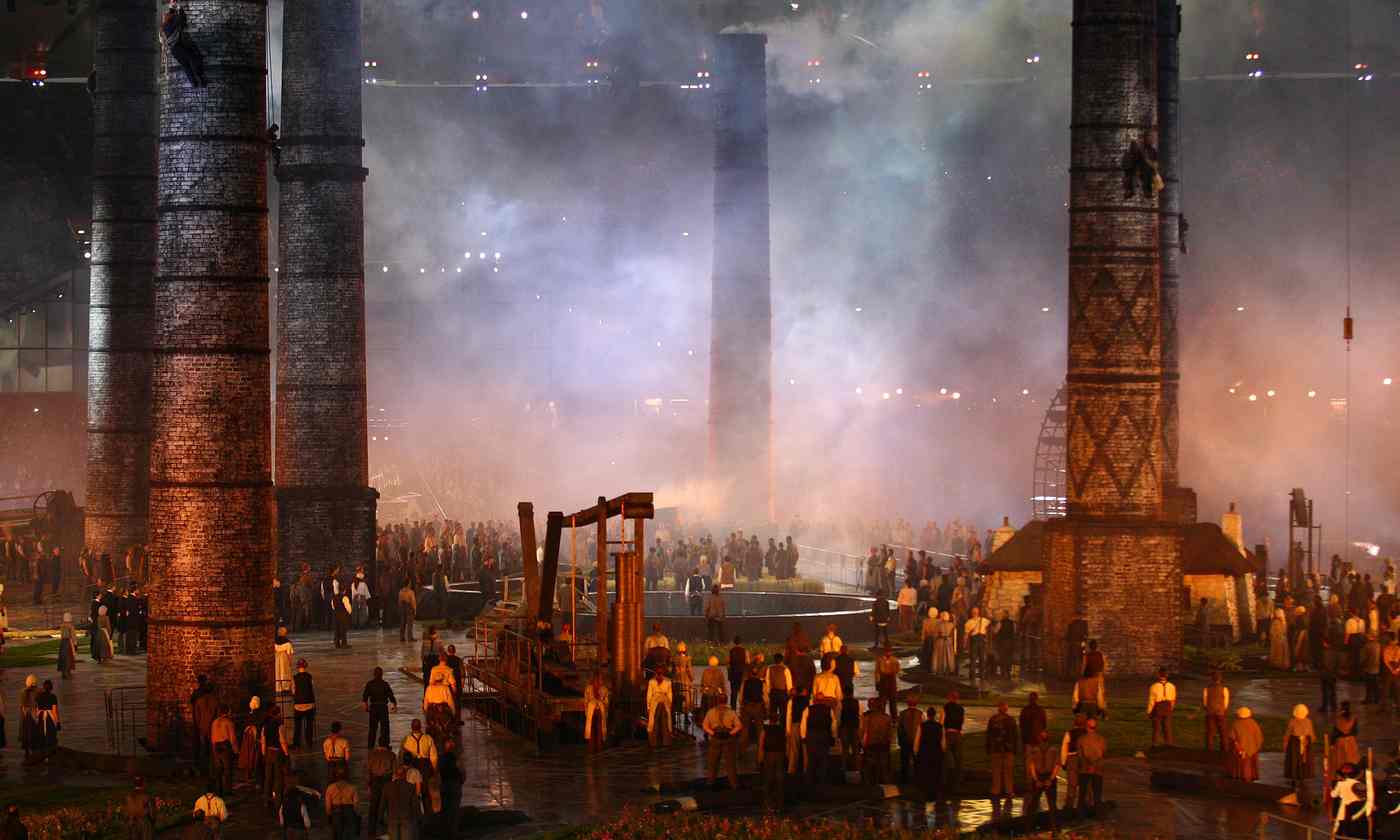 Until the spasm in the markets interfered, Davos 2016 was supposed to be about how humankind will cope in the new age of the smart machine. While share prices were gyrating, the bigger picture was obscured. There is a fourth industrial revolution happening and it is likely to be as profound in its effects as the previous three.

The first Industrial Revolution was about harnessing steam power so that muscle could be replaced by machines. The second was driven by electricity and a cluster of inventions from the late 19th century onwards – including the internal combustion engine, the aeroplane and moving pictures. A third revolution began in the 1960s and was based on digital technology, personal computing and the development of the internet. Industrial Revolution 4.0 will be shaped by a fresh wave of innovation in areas such as driverless cars, smart robotics, materials that are lighter and tougher, and a manufacturing process built around 3D printing.

There are interesting perspectives:

A fourth industrial revolution is powering the rise of smart manufacturing

Another prediction for smart manufacturing is that it will redesign product supply chains by integrating the local and the global more strategically. Some hands-on innovators in the so-called “makers movement” are making the most of a trend towards linking innovating and making. They choose suppliers nearer to home, but connect with demand both close and far from home.

It promises a more efficient form of production, which we can also see in the increased use of more sustainable processes, where resources are re-manufactured and components re-used, or where bio, waste or natural products are used as feedstocks. There are echoes here of the circular economy, where waste is fed back into the production process, where alternative energy changes business models, or food production and consumption is “relocalised”. And it is this kind of efficiency at the heart of smart manufacturing that presents a real opportunity for advanced economies to pursue more distributed and sustainable socio-economic growth.

This has been co-published with the World Economic Forum. Read more here.

A fourth industrial revolution is powering the rise of smart manufacturing

Although, actually, it's an idea which has been around for some time - and happening elsewhere:
A 'fourth industrial revolution' is about to begin (in Germany)
Industrie 4.0: Mit dem Internet der Dinge auf dem Weg zur 4. industriellen Revolution

And the UK is way behind:
UK lagging in fourth industrial revolution | Business Weekly | Technology News | Business news | Cambridge and the East of England

Some consider the term over-hyped anyway:
The World Economic Forum is wrong. This isn’t the fourth Industrial Revolution.

A piece from the Chair of the All-Party Parliamentary Group for Entrepreneurship puts it into interesting context in the Telegraph:

After Brexit, robots: how Britain can now unleash the new industrial revolution 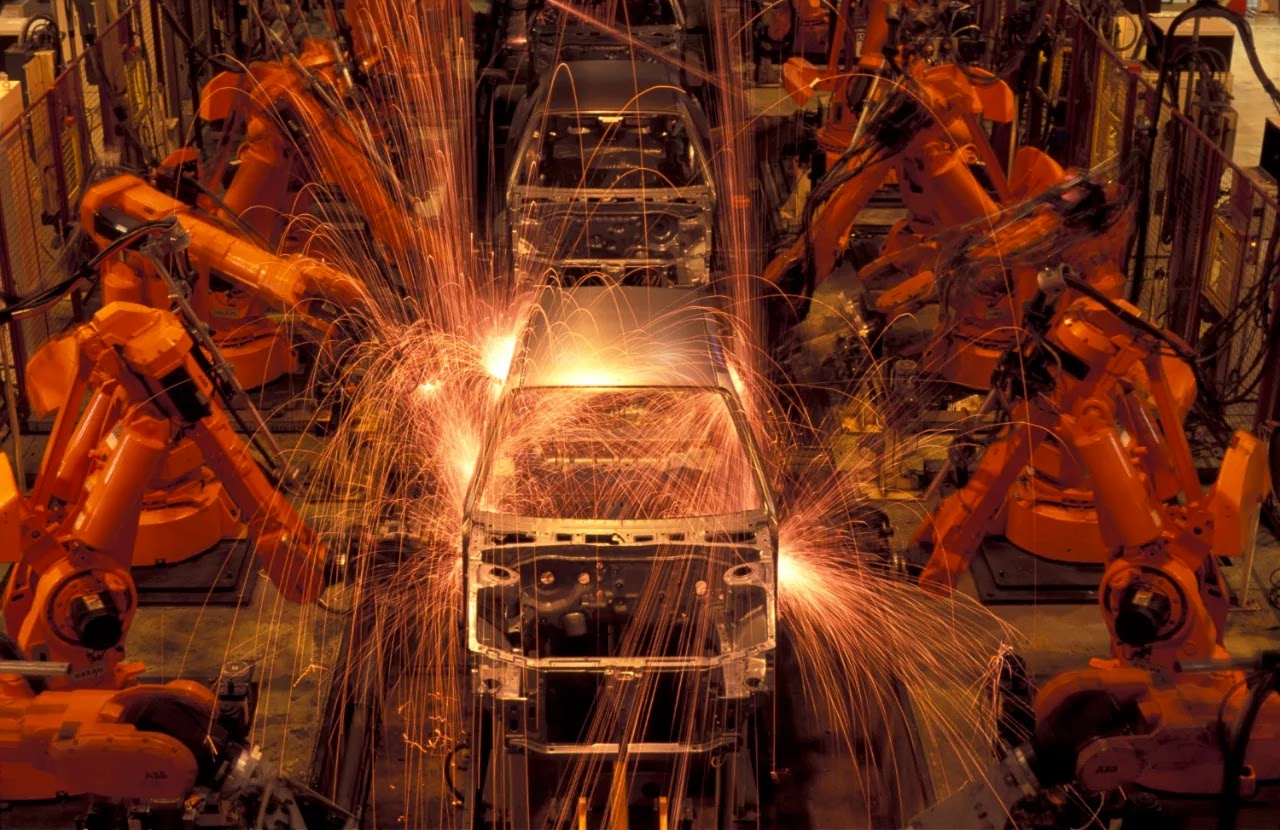 Since June’s Brexit vote, the Government has rightly wasted no time in putting Britain’s economic security and our future trade strategy at the top of the political agenda. Trade negotiators are being hired. A new Trade department led by Liam Fox is already up and running. And British diplomatic posts around the world are fully energised: for example, over the summer, the British Consulate in Hong Kong provided excellent support when I was in the region promoting Havant-based exporters.

Here at home, Business Secretary Greg Clark has an ambitious agenda to keep productivity and growth high, ensuring British businesses have the best environment in which to grow and export around the world. Similarly, Brexit Secretary David Davis made it clear in the Commons on Monday that the referendum result “…is about seizing the huge and exciting opportunities that will flow from a new place for Britain in the world. There will be new freedoms, new opportunities…We can get the right trade policy for the UK.” As the Government develops its new Industrial Strategy, leading the world in the new Fourth Industrial Revolution (4IR) should be a key aspect of our Brexit trade plans.

Around 250 years ago, Britain led the First Industrial Revolution as engines and factories powered by coal and steam changed the world’s economic landscape. Today, we stand on the cusp of a new technological age characterised by artificial intelligence (AI), hyper-connectivity and mass-automation, now dubbed the Fourth Industrial Revolution. It was the theme at the World Economic Forum’s Annual Meeting in Davos this year, underlining its importance on the global agenda.

During the referendum campaign, a key argument put forward by Leave was that Brexit gave us the ability to strike new trade deals. This now presents Britain with an opportunity to ramp up exports of the new goods and technologies that characterise the 4IR. From 3D printers and drones to advanced robots and biotechnology, a bountiful supply of next generation British exports is ready and waiting – if we seize the opportunity to make our country a world leader in the field.

Yesterday, I led the first ever House of Commons debate on the 4IR, and made these points to Ministers. In the coming months, I’ll be launching a more detailed set of policy proposals in a pamphlet for the Free Enterprise Group of Conservative MPs backed by the free-market think tank the Institute of Economic Affairs. Importantly, the Government’s key role is to create the right regulatory environment for 4IR-related businesses to flourish: a point echoed by Davis when he said that we now need regulation that “helps rather than hinders businesses and workers”, and by me during the debate.

In the global race to lead the 4IR, the countries best able to adapt to its political, social and economic ramifications will be those with nimble free-market economies, low taxes, and robust intellectual property rights that encourage entrepreneurialism and protect innovation. As a new Industrial Strategy is developed, the Government must continue to focus on pro-enterprise policies that encourage investment in 4IR technologies, and the companies and founders behind them.

From funding regional 4IR technology hubs so that growth isn’t just focused on the South East and continuing to invest in apprenticeships to delivering 5G internet and protecting innovation through the legal system, Government can help shape the 4IR’s evolution at home so we can be competitive abroad. Businesses, such as 3D printer specialist Dream 3D in my Havant constituency, have already started to embrace the 4IR, and now they need secure access to global markets to attract international clients. The potential market for British-made 4IR exports is limitless.

The Prime Minister has made clear that Brexit means Brexit, so entrepreneurs and policymakers must now seize the opportunity presented by new trade deals to make Britain a world leader in the 4IR at home so we can export more abroad. Throughout our history Britain has adopted a pro-innovation approach to technological advances, and our businesses have adopted a “can-do” pragmatic approach when faced with political and regulatory changes, from the abolition of the Corn Laws to the City’s “Big Bang” to Brexit. We’ve never allowed fears about the future to stunt the economic and social progress which brought about new jobs, new products and new export opportunities. We soon realised the folly of requiring drivers of early cars to be preceded by a man carrying a red flag. We must adopt the same, forward-thinking approach when it comes to the leading the 4IR in the age of Brexit.

Alan Mak is Conservative MP for Havant and Chairman of the All-Party Parliamentary Group for Entrepreneurship.


After Brexit, robots: how Britain can now unleash the new industrial revolution
.
.
.
Posted by Jeremy Woodward at 01:00