Hygge >>> "It's part of the paradigm shift away from measuring profits in terms of GDP, but more measuring success in society through quality of life, or happiness and wellbeing."

During the US presidential elections, much has been made of the 'Danish model':
Futures Forum: Economic freedom and political equality at the local level >>> or, the triumph of corporatism

Meanwhile, things are happening in the state of Denmark:
Danish election hastens demise of Scandinavia’s social democracy — FT.com
What is Dexit? Will Denmark leave the EU next?  | Politics | News | Daily Express

Apart from the hard politics, though, there are interesting things coming out of the region:
Futures Forum: Aero Island in Denmark: Behind the times or way ahead?
Futures Forum: District heating systems run on waste... from Scandanavia
Futures Forum: Climate change: and taxing meat

It does seem a 'happy place' to live in:
Futures Forum: Sweden, Denmark and Norway have been voted the happiest countries in the world...

A special ingredient seems to be 'hygge':

- although the British press is already getting fairly fed up with the concept:
Hygge – why the craze for Danish cosiness is based on a myth | World news | The Guardian
The Book of Hygge review – can the Danes really teach us how to live? | Books | The Guardian
Forget hygge - Brits should be embracing 'brygge' - Telegraph

But some commentators are less jaded:
7 reasons Denmark is the happiest country in the world | The Independent
Hygge: the secret of Danish happiness - New Statesman

Including this overview from the i newspaper this week: 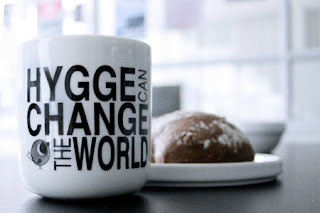 It's not long since the Danes transformed our TV habits, Scandi style has been steering our fashion choices and honing our home decor for the best part of a decade, not to mention the Copenhagen foodie weekends and Northern Lights trips now topping our dream holiday wish-lists.
Now, another Danish export is emerging - and this time it's our approach to wellbeing that's being given the Nordic treatment.
Hygge - pronounced 'Hoo-guh', if you're wondering (don't worry, nobody's really sure how to pronounce it) - is already all over the blogosphere. Expect to see hygge-themed books taking pride of place in bookshop displays this autumn, and you may already have caught Meik Wiking on Channel 4's Sunday Brunch earlier this month chatting about it.
So what exactly does it mean? As Wiking explains in The Little Book of Hygge: The Danish Way To Live Well, the English language does not have a direct translation for 'hygge'.
Chances are, though, most of us are already well acquainted with the concept - we just didn't know the Danes had a name for it. 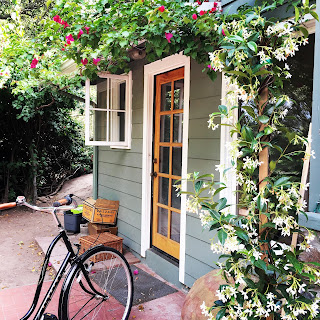 That internal glow you get when you turn the big light off, light a candle and snuggle up to watch an old movie with a steaming mug of hot chocolate? Hygge. The way stripping off those constricting work clothes and pulling on some super-soft joggers and bed-socks somehow soothes your soul as well as your knot-filled limbs? Nice bit of hygge right there. And the ultimate hygge? Curling up with a cheese board and your favourite red wine in a cosy, sheepskin-filled cabin, crackling fire, snowing outdoors...
It's all about harnessing that feel-good factor, not only through mindset but through our approach to everyday behaviours and rituals, and creating ambience and comfort in our surroundings.
There have been a few attempts to define hygge, including, as Wiking notes, 'cosiness of the soul', 'the art of creating intimacy', 'cosy togetherness' - but how would he best sum it up?
"I think the essence of it is the pursuit of everyday happiness," says Wiking. "Trying to build a little pleasure and gratitude into your daily routine. That's my favourite definition of hygge."
As CEO of Copenhagen's Happiness Research Institute, this is a subject he's studied extensively, as well as something he practices.
He says he's not surprised hygge's in the spotlight, though the rate at which the trend's booming is "overwhelming".
"Right now, not just from the UK but globally, there's a large interest in Scandinavia, Denmark in particular. I think [the interest in hygge] is intertwined with an understanding that some of the ambitions and goals we've had for development and society are not necessarily the best ones, or adequate," Wiking explains. "It's part of the paradigm shift away from measuring profits in terms of GDP, but more measuring success in society through quality of life, or happiness and wellbeing."
In the four years the United Nation's annual World Happiness Reports have been running, Denmark has famously been ranked number one three times.
It's easy to dismiss this as quirky headline fodder, but it's far more important than that - especially as it's increasingly acknowledged that our happiness, health and productivity (which equates, on a very base level, to how much we 'cost' our businesses and governments) are closely linked. 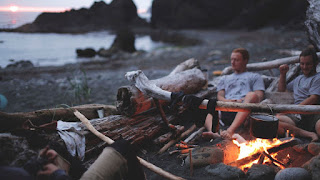 Wiking and his colleagues are frequently approached by the media about what it is that makes the Danes so happy, and he says they're visited by a lot of global delegates, keen to discover the happy Danish way and export it back to their own nations.
"People are starting to acknowledge the gap between wealth and wellbeing and starting to look elsewhere to try to achieve wellbeing. Scandinavia can maybe achieve some answers in that area," he adds.
He doesn't think the concept is uniquely Danish, however. Some other languages also have their own similar words for it - Dutch has 'gezelligheid', Norwegian has 'koselig' - but it's only in the Danish language that it exists as both an adjective and a verb.
This might help explain how it's become a mainstay of Danish conversation and, Wiking points out, something the Danes can confidently claim a monopoly over is how much they talk about it.
"It's ingrained in conversation: I will invite you over for Friday evening and then during the week we'll talk about how 'hyggeligt' Friday is going to be, and on Friday we'll be very explicit and verbal about how 'hyggelig' this is, and then on Monday we'll talk about how 'hyggelig' Friday was."
We Brits arguably already have a fair few 'hyggelig' traditions. Chatting over a long Sunday roast with loved ones, cosying up in a country pub on a cold day, and everybody appreciates the mood-soothing simplicity of a candlelit dinner. 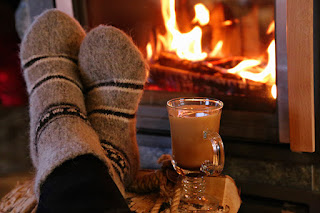 In fact, in his book, Wiking reveals that if hygge was a person, he'd pick our very own Hugh Fearnley-Whittingstall. "With a casual, rustic and slow approach to life, he embodies many of the key elements of hygge," he writes, "and he also seems to understand the value of good, hearty food in the company of good people."
But the lack of an official word for all this does make a difference. Sometimes, naming something can make it more meaningful, more valid (consider how we name our pets, they become part of the family, loved, and this is acknowledged not just in our own hearts but by wider society).
Wiking agrees, and thinks the effect of labelling a wellbeing philosophy goes even further.
"It's also a testimony to the way that language shapes our behaviour. If we have words for something that will also influence the way we behave," he says, "we have a word for it and it's something we pursue on an everyday basis."
Indeed, Danes don't just create hygge at home, they seek it out in restaurants and coffee shops, and even, for some, the way they design their office spaces.
It isn't just a lovely idea that they might get round to, or give themselves permission to 'indulge' in on holiday. It's a legitimate part of everyday life.
There may not be an English word for 'hygge', but thankfully, in the spirit of cosy togetherness, the Danes are happy to share: "We should have a name for it, right?" says Wiking. "You are more than welcome to use ours."
Hygge it is then.
The Little Book Of Hygge: The Danish Way To Live Well by Meik Wiking.

I have just downloaded iStripper, so I can have the sexiest virtual strippers on my desktop.