Plans for Port Royal: anticipating a Regeneration Board >>> District Council approve project brief for ‘Scoping Report for the eastern end of Sidmouth’ >>> 'We weren’t perfect in Exmouth and we have all learnt lessons from that'

The Town Council have agreed to starting development at Port Royal:
Futures Forum: Plans for Port Royal: anticipating a Regeneration Board >>> Town Council approve project brief for ‘Scoping Report for the eastern end of Sidmouth’ >>>

Now the District Council have done the same - and have nominated the Councillors who will sit on the Reference Group.

The Herald has the story: 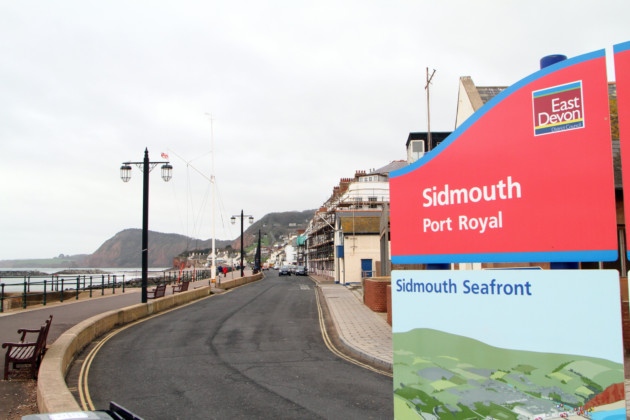 A scoping exercise on the redevelopment of Port Royal is one step closer to becoming reality after being given the go-ahead by East Devon District Council (EDDC).


Councillors at the latest cabinet meeting, held on Wednesday, approved the recommendations put forward by Sidmouth Town Council last week, taking the Port Royal project a step forward.
The two authorities can now get the ball rolling and commission experts to identify more information about the site and the opportunities and constraints it presents. It will look into the background of Sidmouth and Port Royal, the work required, information and resources to be provided by the two authorities and what information the proposals will require.
It will also look at the selection process and criteria, conflict of interest and confidentiality, relevant dates and submission administration and contact details. It will cost £10,000 - EDDC will fund 80 per cent and the town council will provide the rest. A reference group will be created and will be made up of local organisations and councillors representing both councils.
During Wednesday’s meeting the cabinet agreed two Sidmouth councillors - Cllr John Dyson and Cllr David Barratt – would represent EDDC on the group.
Councillor Phil Twiss said: “We must not forget Sidmouth is more than just a town, we have Sidford, Sidbury and Sidford rural - they will be excluded if it is just seen as an EDDC town ward council project.
“We want to include as many people as we can, in every way we can – we weren’t perfect in Exmouth and we have all learnt lessons from that – we have to be more open and inclusive.
“This has gone on for far too long, it seems like it has been 40 or 50 years... It is a part of the town that is let down badly. We need to help Sidmouth Town Council go ahead with this.”
Cllr Twiss proposed they had one town council ward member on the group – Cllr John Dyson along with Cllr David Barratt, so they could have a more wider and open representation.
Cllr Dawn Manley said: “I have every faith in Cllr Barratt and Cllr Dyson but I find it extraordinary the Conservative whip has chosen who they want to go forward. It makes no sense to me that the town councillors, who were voted for because of these specific issues are being sidelined.”

And here are the minutes from the Cabinet meeting:

Minutes of the meeting of Cabinet
held at Knowle, Sidmouth on 14 September 2016

The Deputy Chief Executive updated members on the progress of discussions with Sidmouth Town Council concerning the Port Royal redevelopment opportunity. Approval was sought for key documents relating to the joint work and next steps in taking the project forward through a Scoping Study. This would involve key information gathering, public and stakeholder consultation events and proposals for the further stages of design, planning and development. Sidmouth Town Council had taken a similar report to its Council meeting on 5 September 2016.

Discussions included the following:
> the need to identify risks
> the use of the ongoing Neighbourhood Plan for Sidmouth as a way of getting feedback from residents
> the need for Port Royal to be included in the questionnaire relating to the Neighbourhood Plan
> was the public consultation a means of gathering opinion?
> the importance of gathering opinion from the students at Sidmouth Community College – the Town’s future residents
> Sidmouth was more than just the town centre, Sidford and Sidbury were both part of the town

RECOMMENDED:
1. that the Terms of Reference for the joint working approach between the Council and Sidmouth Town Council as at appendix 1 be approved
2. that Cabinet recommend to Council the appointment of two Sidmouth District Council Ward Members; Councillor David Barratt and Councillor John Dyson as representatives of the Project Reference Group
3. that the Project Brief for the Scoping Exercise as included at appendix 2 be approved

These recommendations are in line with those included in a similar report being taken to Sidmouth Town Council.

REASON: To enable progress to be made with the commencement of the joint working between the Council and Sidmouth Town Council on this important project for Sidmouth.

Interestingly, reference had been made earlier in the meeting to the regeneration of the seafront at Exmouth:


EAST DEVON DISTRICT COUNCIL - Minutes of the meeting of Cabinet held at Knowle, Sidmouth on 14 September 2016
.
.
.
Posted by Jeremy Woodward at 08:59