Drug-free treatments: "More cost-effective prescribing and improved medicines management has the potential to have a substantial impact on costs without compromising on quality."

Exercise is good for you:
Futures Forum: "Burdens on the health service could be drastically cut if driving was made less attractive and more people were pushed into cycling, walking and using public transport"

A row has developed over whether statins are good for you:
Chief Medical Officer asked to launch independent review into statins

What is clear is that the mounting drugs bill it not good for the NHS:
NHS drug bill and a dysfunctional market | Comment | The Times & The Sunday Times
Who's to blame for the NHS drug prices ripoff? • The Register
NHS price fixing scandal sees millionaire firms forcing up price of common drugs by £262M | Daily Mail Online
NHS drugs bill fattened by corporate profiteering, investigation claims - PharmaTimes

It's not just that Big Pharma is 'ripping us off' - it seems we're taking too many of the things:
Almost half of all adults take prescription drugs - Health News - NHS Choices
NHS wastes over £2bn a year on unnecessary or expensive treatments | Society | The Guardian

A survey shows people vastly underestimate NHS costs. If they understood the real expenditure, they might use the service more responsibly
People would use the NHS less if they knew the true price tags | The Secret Doctor | Opinion | The Guardian

Although responsibility also lies with the health profession:

More cost-effective prescribing and improved medicines management has the potential to have a substantial impact on costs without compromising on quality.
Do we spend too much money on drugs? | The King's Fund

A two-part series on BBC One looks at how we can reduce dependence on expensive drugs and treatments:
BBC One - The Doctor Who Gave Up Drugs

Dr Chris van Tulleken has been trying to treat certain patients without drugs. Now he wants to expand and offer drug-free treatments to all 14,000 patients at the practice.

BBC iPlayer - The Doctor Who Gave Up Drugs - Episode 2

The press has covered it extensively:
The Doctor Who Gave Up Drugs review – a flawed and bitter pill to swallow | Television & radio | The Guardian
How swimming in cold water helped a depressed woman give up her pills | Daily Mail Online 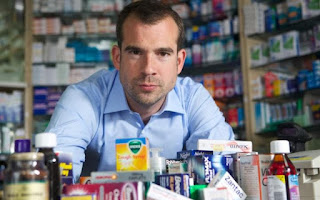 “Come and get your pills! We are selling pills with side effects guaranteed! Gastric bleeding, sir? These can erode your stomach lining and kill you.” Setting up a mock market stall called The Honest Pharmacy was just the start of The Doctor Who Gave Up Drugs (BBC One) – a blend of science documentary and social experiment which was both eye-opening and surprisingly entertaining.

The telegenic Dr Chris van Tulleken (this time without his screen sidekick, twin brother Xander) began by hitting us with a barrage of scary statistics. GPs in the UK prescribe over a billion tablets each year. That means the average Brit takes 100,000 pills in their lifetime. It’s a wonder we don’t rattle as we walk. 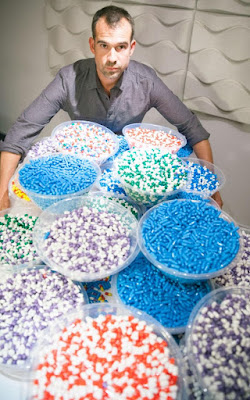 While many drugs undoubtedly do good and save lives, they can also be harmful – causing serious side effects and thousands of deaths each year. In a one-man bid to solve the over-medication crisis, van Tulleken set up shop in an Essex surgery to investigate whether patients really need their repeat prescriptions. Cue a voyeuristic glimpse into the confidential intimacy of GP appointments.

Could he wean young mother Sarah off the antidepressants she’d been taking for eight years? By making her swim in an ice-cold lake, yes maybe. Could he tackle Wendy’s chronic 20-year shoulder problem without her cabinet full of painkillers? Most definitely, by replacing pills with placebos, while encouraging daily exercises.

Things got trickier when he tackled one of the most worrying consequences of pill-popping culture: antibiotic resistance. The vast majority of patients who ask for antibiotics get them. Despite his reluctance, van Tulleken handed them out too. Finally, he found a solution: a test to distinguish between viral and bacterial infections. Would the surgery’s sceptical doctors take it up?

The entire project had the ring of truth. Overworked staff could only be lured to meetings by free sandwiches. Weary patients just wanted something to make them feel less rotten. This film’s mix of reality-show-style stunts and serious intent hit the spot. I’ll be getting a prescription for the concluding episode next Thursday.

The Doctor Who Gave Up Drugs was an eye-opening insight into our pill-popping culture - Telegraph
.
.
.
Posted by Jeremy Woodward at 13:33