Crowdfunding for "a fairer UK planning system to protect our environment"

A year ago saw the crowd-funding of a legal action over the Knowle development:
CrowdJustice - Crowdfund public interest law

With the full details of the crowd-funding action here - which is all about "giving residents and community groups much greater control over decisions affecting their local environments":

A fairer UK planning system to protect our environment

Environment
A fair way to challenge planning decisions that damage our environment and living conditions
An imbalanced planning system in the UK is threatening our environment, neighbourhoods & quality of life
The UK is completely ignoring basic minimum standards of environmental justice under European law. It is actively preventing the public from being able to challenge illegal and environmentally damaging decisions by its own national Planning Inspectors.
My name is Louise and I am bringing a case against the Lord Chancellor, Ministry of Justice and Department for the Environment to correct a legal loophole in our system that the government put in place in order to price ordinary people out of environmental justice.
If successful, this case will help give residents and community groups much greater control over decisions affecting their local environments, and a way to stop damaging developments in their neighbourhoods.
How this affects you
The UK's unfair planning system is probably having an impact on all kinds of planning decisions near you. It makes it hard to stop developers building over local parks and gardens, fracking under your homes, or locating polluting incinerators near your child's school. Local councillors often feel pressurised into approving environmentally damaging applications because of the high costs of defending appeals to the Planning Inspectorate.
If your Local Council refuses a poor quality planning application, and a national Planning Inspector then overturns this unfairly (as was found in my case), the only way to correct the error is through a High Court case against the Secretary of State. This is almost impossible, as I discovered, because you become liable to pay the other side's legal costs as soon as you bring a case. These costs generally run into tens of thousands of pounds. In effect this means Planning Inspectors can ignore local planning policies and the views of local residents and councillors, because they know only the very richest can afford to challenge their decisions. 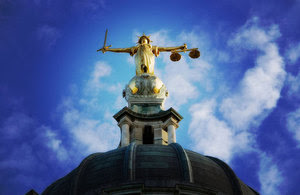 One of the most important environmental cases of a generation
The Aarhus Convention is an international treaty, signed by the UK government back in 1998, to give everyone basic rights to a fair, timely and affordable review process in environmental planning cases. In the UK the only review process for residents is through the courts, so it means your costs are meant to be "capped" when bringing such cases. But the government intentionally left a loophole in the legal rules to exclude the Planning Inspectorate from such cost caps under the Aarhus Convention.
My lawyer, environmental law expert Dr Paul Stookes, has said:
"The Government admitted to the Court of Appeal in 2014 that it had intentionally left a loophole in the law, preventing challenges to its own Planning Inspectors (but allowing such challenges to local planning decisions). In Venn v Secretary of State [2014] the Court of Appeal held that the claim fell within the scope of the Aarhus Convention, and ruled the UK was non-compliant with the Convention. But because the government had left the loophole intentionally, the Court did not intervene. Some two years on and the problem still persists. Added to this, the United Nations Aarhus Compliance Committee has repeatedly found that the UK is non-compliant with its international obligations - something the government simply ignores."
By bringing this case I want to make it possible for individuals and communities throughout the UK to be able to afford to challenge unfair Planning Inspector decisions that damage our environment and living conditions.
This will help many residents and community groups to access environmental justice - whether they are challenging a loss of biodiversity, threats to open space, heritage and landscape, or trying to stop polluting developments near their homes.
Why is the UK planning system so unfair and imbalanced
The UK is the only country where a national Planning Inspectorate is given powers to subjectively micro-manage planning decisions on all sites, large or small. It can overturn any local refusal of planning permission on the flimsiest basis and doesn't need to prove any error by the local decision maker. It always overturns decisions in favour of developers, because it is only open to developers. It routinely allows developments that the local authority had refused and judged to be environmentally damaging. Each Planning Inspector's decision limits the local authority's powers to refuse similar applications in future. The effect is a top down erosion of local planning standards and environmental protections - all without proper consultation, accountability, transparency or access to justice.
Other European countries don't have such imbalanced or centralised planning systems. They allow local authorities to master-plan their own areas and interpret their planning policies locally, without such interference. Other countries also have more balanced, affordable review procedures, open to both developers and residents equally.
The implications of the case
My challenge to the government has wide implications for future environmental decision-making in the UK, and for the accountability of public bodies. It will seek to close the loophole shielding the Planning Inspectorate from affordable legal challenge, and help stop this unaccountable national body from undermining policies and standards with virtual impunity. Without this change, local planning policies in this country are not really worth the paper they are written on because they can be ignored and altered by Planning Inspectors and the public have no fair or affordable way to challenge them.
I am asking the Government to address this legal anomaly urgently, to secure environmental rights and access to justice for UK residents. This is essential if we are to stop a downward spiral in development standards irreversibly damaging our environment, health and the well-being of future generations.
It has been over 10 years since the Government committed to providing fair access to planning justice for UK residents by signing the Aarhus Convention, but it has repeatedly gone back on the promises and guarantees it made.
An ordinary person trying to change the law for everyone
I am just an ordinary person who has spent over seven years trying to stop a damaging development near to me. I tried to challenge a Planning Inspector's decision because it undermined policies protecting gardens and natural light in people's homes. But I had to pull out of the case because of escalating costs, and got landed with a massive legal bill from the government for simply trying to protect my own home. I can't now save myself or my own environment, but I can at least try and stop this happening to anyone else, by asking for a fairer planning justice system.
How much I am raising
I have set a first target of raising £5,000, and my stretch target is £30,000, to help cover my legal fees and costs.
Please give something now - there is so much at stake here for all of us.
You can also help by spreading the word about this case, and sharing this link with everyone you know who wants #planningjustice.
Thank you
Louise

My name is Louise and I have gone through seven years of having my home repeatedly threatened by a developer, and four years of lengthy court proceedings to try and get a terrible Planning Inspector decision corrected. I knew if I left the decision to stand it would affect other people too. This has been long, stressful and expensive, and altered the whole course of my life - you can read more about it on my Planning Justice wordpress blog. I had no option but to push for a fairer planning system, to stop this kind of thing ever happening to anyone else. Other countries have a fair affordable way for the public to challenge environmentally damaging planning decisions. UK residents should be given similar rights.

This case is about trying to ensure everyone in this country is given fair access to environmental justice. It will seek to close a legal loophole that is preventing affordable challenge of environmentally damaging and unfair Planning Inspectorate decisions.
My solicitors are Richard Buxton Environmental & Public Law, and I am supported by Christopher Jacobs, a barrister at Landmark Chambers. Judicial review proceedings have been issued against the Lord Chancellor, the Ministry of Justice and Department for the Environment, to help bring our planning justice system in line with European and international law.
The case has wide implications for everyone in the UK because it seeks to give people a fair, more affordable way to stop the government undermining local planning policies and ruining local environments.