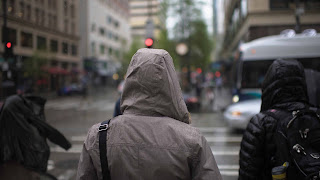 A city known for precipitation may be unprepared for the flooding that climate change has in store. 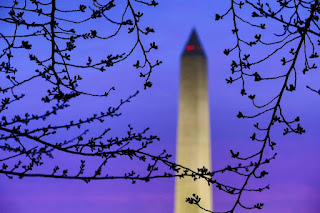 Washington DC's cherry blossoms bloom later this year - but they remain an indicator of climate change
7 days ago
National Park Service is now expecting the peak bloom to be the week of 8 April
Cherry tree buds are silhouetted against morning sky near the Washington Monument on 27 March, 2018 AP

Here in the UK it's equally confusing:
According to the calendar Spring has sprung - tell that to the weather as Britain braces itself for a cold Easter | Bradford Telegraph and Argus
Climate change causing earlier spring flooding in Britain | Daily Mail Online

Radio 4's Costing the Earth looks at what's been happening: 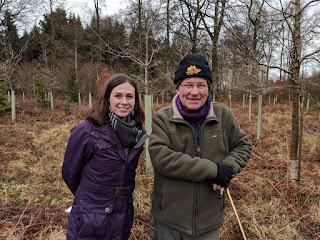 Spring now begins on average 26 days earlier than it did 10 years ago. Lindsey Chapman investigates how shifting seasons are affecting our wildlife.

Bumblebees in January, daffodils blooming early, 'thuggish-vegetation' thriving as a result of mild winters and damp summers: the seasons are blurring and wildlife is becoming confused.

Last year was 'a bit all over the place yet again'. It's hard to put any single event down to climate change but overall the impact is 'quite staggering' according to Matthew Oates, butterfly expert from the National Trust.

In this week's Costing The Earth, Lindsey Chapman meets Matthew as he takes stock of our shifting seasons. He explains how early spring can throw several species out of kilter, creating a mismatch between wildlife and their prey. And what happens when- like this year- we get an icy snap in the middle of a mild spell?

Lindsey meets the scientists studying the mechanisms driving the UK's climate, phenologists who have been studying the link between seasons and species and the naturalists who are spotting new species turning up on our doorstep and familiar species that are moving north, and Lindsey visits her Springwatch friend and colleague Brett Westwood to hear if there are any species that are benefitting from a warming UK climate.

Here's an excellent piece 'getting skeptical about global warming skepticism':
How is climate change affecting the advance of spring?