But 'recycling' is only one of the ways to look at how to deal with plastic pollution:
Futures Forum: Reduce, reuse, recycle >>> 'What's Wrong with the Three Rs of Environmentalism'

However, it's not proving easy, as this piece from the Korean press shows:


Korea is struggling to reduce the use of plastic bags and containers and develop alternatives as China announced it will halt the import of plastic waste products, observers here said Wednesday.

Garbage pickup services recently stopped collecting plastic bags and Styrofoam containers, citing a spike in processing costs. The value of waste resources has crashed in the wake of China’s ban on the importation of plastic waste starting from January. This development is making it hard for local collectors to turn a profit.

Manufacturers of garments and Korean ramyeon [instant noodles], however, find it difficult to reduce the use of plastic due to the nature of their industries. “We are trying to develop alternatives to plastic packaging,” an official of ramyeon manufacturer Nongshim said. “However, this process is not easy since plastic is well suited for packaging the easy to prepare food.”

This view was echoed by local garment makers, who said at the moment there are no other materials that can take the place of plastic.

The country has, moreover, joined a broader international effort to reduce the use the plastic. The United States, Britain, Germany and scores of other countries actually designated July 3 as a day to do away with plastic bags.

“The reality, however, is that there are no viable alternatives unless everyone starts to use less plastic.”

This is the view from the UK:

Can the private sector fix the plastic waste crisis?


With the economics of recycling broken, good intentions can only go so far. 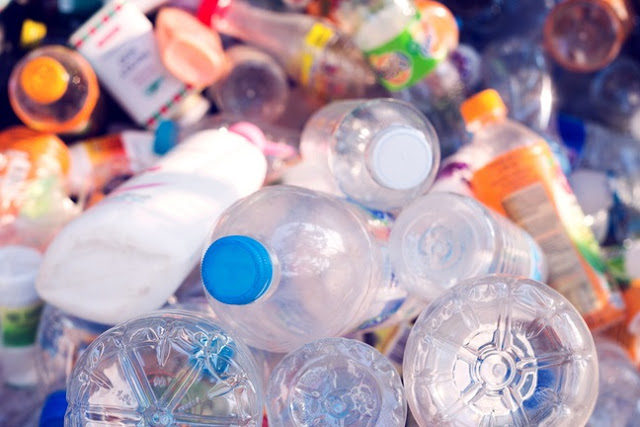 Guilt is a beautiful thing, sadly maligned in our instant gratification culture. It’s what keeps us in check, causes us to reassess our own actions and then rectify them.

Take the plastic waste choking our oceans and poisoning all the little fishes from the inside out. That’s on us, thank you very much Blue Planet II. But what are we going to do about it?

Jim Brisby is a surfer, so he’s personally familiar with the issue of ocean plastic. As the commercial director at FTSE 250 food company Cranswick, he also just happens to be someone with the power to change it.

He and chief executive Adam Couch recently announced a plan to cut Cranswick’s plastic packaging output in half by 2025.

‘We were quite surprised at how that could be done so easily. Having looked at that for a while, we realised we can do that, so we looked at each other and said shall we do it then? Well we'd better had, hadn't we?’ Brisby recalls.

But how does a well-meaning firm reduce its ‘plastic footprint’? It’s not as though you can just stop using the stuff – plastic packaging is uniquely valuable in reducing food waste and is also, ironically, a relatively low carbon option.

Cranswick went after the lowest-hanging fruit first: use less plastic per kilo of product. It also tried to use more recycled plastics in its packaging, but there it came across a problem: the packaging companies’ consistent message was that they couldn’t get their hands on enough recycled plastic.

THE BROKEN BUSINESS OF RECYCLING

‘The economics of recycling don’t always stack up,’ says Libby Peake, senior policy advisor for the Green Alliance. This means only 39% of UK plastics are recycled according to official figures, though the proportion could be ten percentage points lower. There are various reasons why.

Low quality plastics, such as are commonly found in ready meal trays, can’t be recycled economically in countries with high labour and energy costs like the UK.

This is why so much has been sent abroad, where we don’t really know what happens to it. Indeed, the fact that China has had enough of being the world’s dump may not be such a bad thing, if it makes us face up to what we’re producing rather than just exporting the problem.

But the issues go deeper than just the quality of plastics used. Collection is highly inefficient, because consumers don’t always put the right waste in the right bin. Food and non-recyclables don’t just ‘get sorted out’ at the recycling centre: those are supposed to be recycling the contents of the bins have to pay, both for the expensive sorting gear and for the landfill on the rubbish.

This isn’t entirely our fault – ‘With half of the products you take home, you haven't got a clue whether you can recycle them,’ Brisby says. ‘They're probably recyclable but the clarity on the pack, and the consistency of the facilities available is just a complete minefield for consumers’ – but it still results in substantial contamination and cost for recycling firms themselves.

Then there’s the fact that recycling is subject to the tidal pull of commodity markets. ‘Recycled plastics are competing against plastics made from oil. When the oil price was fine, it was fairly easy to make the economics stack up for bottle-to-bottle recycling, but when the price fell we lost some world-leading recycling facilities,’ says Peake.

This included the Euro Closed Loop Recycling centre in Dagenham, which went into administration in 2016 and has only recently been re-opened by Veolia. ‘It’s simple. If the demand is there we will develop the infrastructure to support it,’ says Richard Kirkman, Veolia UK’s chief technology and innovation officer, adding UK plastics recycling is at a ‘tipping point’.

You’d think that recycling would be protected from the vagaries of the market by subsidy, but it is not. There is, however, a market-based mechanism by which companies pay for some of the end-costs of their plastics waste.

Every tonne recycled generates a Packaging Recovery Note (PRN), which must be acquired by firms in proportion to the amount of plastic they put into the market. However, PRNs are themselves volatile and it’s estimated that only 10% of the recycling costs are actually covered by this mechanism.

‘There’s a growing recognition in the industry that the PRN system is not fit for purpose. It’s allowed a lot of material to be exported abroad and counted as recycling, which means we’re losing that material from our domestic economy,’ says Peake.

It would be naive to think that business alone can or will solve problems like these. For a start, business ethics aren’t exactly uniformly distributed – for every Paul Polman there’s a Jeffrey Skilling lurking. Even if every firm were truly committed to substantively reducing plastic waste, it wouldn’t be enough. With all those negative externalities floating about, only government can create the incentives and framework to make the recycling market thrive.

But this doesn’t mean that businesses have no role to play. Aside from reducing plastics use, they could aim to use high quality, easily recyclable materials.

Brisby says Cranwick is committed to 100% of its plastic packaging being recyclable by 2025, matching targets set by the likes of Mars, PepsiCo and Unilever. M&S went even further, announcing that its packaging would also be ‘widely recycled’, which involves making it clear and easy for consumers to understand how to recycle it.

If more firms followed this line, then there would be more material available for recycling centres to process economically. At the same time, they would accrue ample business benefits. Less plastic means less cost, while green credentials sell product and motivate employees.

‘It’s a pride thing, I think,’ says Brisby. ‘You’ve got to look yourself in the mirror in the morning, you’ve got to stand in front of your teams. If we all want to do this and we run the business, why wouldn’t we run it the way we think is right?’

Can the private sector fix the plastic waste crisis? Management Today
.
.
.
Posted by Jeremy Woodward at 01:30

Nice blog, very interesting to read
I have bookmarked this article page as i received good information from this.