On the one hand, you could pay $27k a time to get rid of some air pollution: 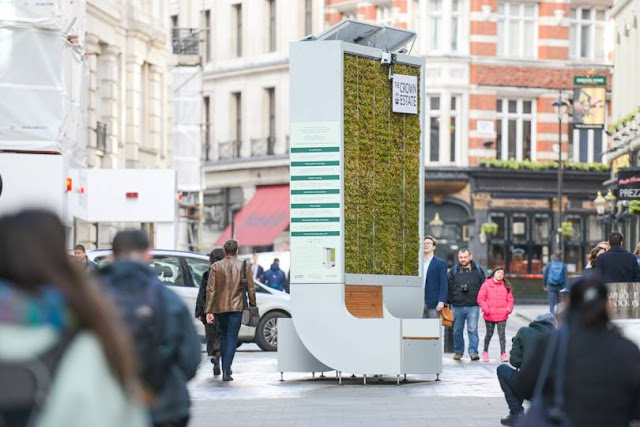 Or you could just plant a load of trees:

Plant urban trees and forests for happier and healthier cities 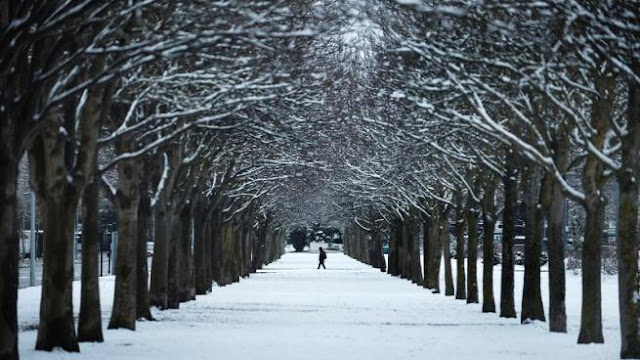 A man crosses an avenue of snow-covered trees in the Basque city of Vitoria, Spain February 7, 2018.

Trees in cities boost mental health, filter out air and noise pollution, cool cities and insulate homes from the cold

As you stroll along a leafy avenue in a busy town or city, you probably don’t have time to consider the benefit of those trees on either side of the road – or what urban life would be without them. Yet the canopy that trees offer, whether they are elms, palms or mandarins, does far more than simply provide welcome shade and soften the brittle lines of an urban landscape.

There is plenty of evidence that trees can actually improve mental health, reducing the stress and anxiety of urban life. One Toronto study found that having just 10 more trees in a city block improves health perception in ways comparable to an increase in annual personal income of $10,000, or being seven years younger. More people now live in cities than at any other time in history, but rapid urbanisation does not have to mean a grey and ugly sprawl.

In the traffic-clogged streets of many cities, trees play an invaluable role by filtering out harmful pollutants and mitigating the effects of climate change. They serve as highly efficient air filters, absorbing harmful carbon produced by vehicles and industry. One large tree can soak up 150 kg of carbon dioxide every year, as well as filtering airborne pollutants. In London alone, trees remove an extraordinary 2.4 million tonnes of air pollution each year.

And trees not only help fight air pollution:

How trees, fungi, and bacteria team up against pollution

Roots, fungi, and bacteria may team up to help some trees to clean polluted land, according to a new study.

Fast-growing trees, such as willows, are known to tolerate and even rejuvenate soil contaminated with petroleum by-products or heavy metals. The clean-up of soil in this way is known as phytoremediation, a process is commonly attributed to “secondary metabolism”—the production of specialized compounds in plants that helps them cope with environmental stress.

The new findings suggest that a more intricate symbiosis of microbial life underpins willows’ ability to thrive in these stressful conditions. Using advanced techniques for analyzing the simultaneous expression of genes from multiple organisms in an ecosystem, the scientists examined the roots of willows grown on a polluted site in suburban Montreal.

How trees, fungi, and bacteria team up against pollution - Futurity

But not in Sheffield, apparently:

Cities need to be planting trees – not felling them

I’M one of the lucky ones. My house is surrounded by huge trees that, in fairness, have been carefully nurtured by the local council over many decades. Dangerous branches have been cut down – and one tree was felled a few years ago because it had the potential to pose a safety hazard to nearby properties. There was no controversy. It was very amicable. And I’m sure it’s similar in communities across Yorkshire.

If only the same could be said in Sheffield where the wholesale destruction of its urban forest is being presided over by city councillors.

As conflicting evidence emerges of just how many trees are to be felled in an act of environmental vandalism – documents suggest nearly half of the 37,000 trees are at risk – why has the council’s £2bn Streets Ahead contract with private sector contractor Amey not been halted for the public good?

There’s been so much secrecy and obfuscation that it threatens to make Leeds look like a well-run authority in comparison when it comes to transport and road gritting. Yet, given Sheffield’s well-documented pollution levels, at least one local politician recognises that trees are, in fact, the lungs of the environment.

Step forward Dan Jarvis, who is bidding to become Labour’s candidate in the Sheffield City Region mayoral contest this May. On the day that more damaging disclosures emerged about Sheffield’s mismanagement, he wants one million trees planted in South Yorkshire if he becomes mayor.

What a breath of fresh air.

He’s not alone – Environment Secretary Michael Gove, and his officials, are in despair at Sheffield Council’s stance which is at odds with the planned Northern Forest. “I cannot see why the council continues to press ahead with the unnecessary destruction of trees without properly consulting the community that has campaigned so tirelessly on this issue,” said Gove this week.

He’s right – it’s absurd that money is being wasted chopping down healthy trees for apparently no sound reason.

But I’d like the Minister to go further. Just as all new developments should be future-proofed from the outset to ensure flood prevention measures and high-speed broadband are included from the outset, the same applies to the natural environment. Why not insist that every major scheme, whether an infrastructure project, housing or commercial development, includes a commitment to plant a certain number of trees, hedges and shrubbery?

Though this is taking place in some parts of the country, it’s not universal and requires a stronger commitment from Gove – and others – for this approach to take root and, hopefully, stop Sheffield Council’s short-sighted idiocy.

After all, just surveying the trees outside my house, hoping they will start coming into leaf sooner rather than later, makes one realise – and appreciate – their importance to the natural environment as well as the nation’s health and wellbeing.