Earlier this month, an extraordinary piece of artwork appeared on the beach:

A giant figure of the sea god Poseidon was etched on the sand of a Devon beach as part of the campaign against plastic pollution of the sea.

Created by Wales-based Marc Treanor, the 100ft sand etching on Saunton Sands in North Devon was commissioned by the European Environmental Bureau and backed by Friends of the Earth.

A spokesman said: "Marc’s work was visible for several hours before the tide came in and carried Poseidon back to the ocean."

The stunt followed the publication of new polling data commissioned by Friends of the Earth indicating that 81% of people have done something to reduce or cut out their use of plastic, for example by purchasing a reusable shopping bag or avoiding the use of plastic straws.

Julian Kirby, plastic-free campaigner for Friends of the Earth, said: " Poseidon has been defending oceans for millennia, but the current plastic pollution crisis is more terrifying than any sea monster. Tougher measures are urgently needed to protect our oceans, beaches and wildlife.

“The government must listen to the huge public concern over this issue, and chart a course for cleaner seas by committing to end all plastic pollution.”

CLICK TO PLAY
ARTIST MARC TREANOR TALKS ABOUT THE CAMPAIGN

Marc Treanor, the sand artist behind the work, said: “I was happy to be asked to be part of this project as the subject of plastic pollution awareness seems now to have reached a critical point. I wanted to somehow express an anger with what plastic pollution has done to the oceans, so the image of a raging Neptune hurling a plastic bottle back at us seemed apt.”

The Saunton Sands Poseidon is one of six works appearing on beaches across Europe in the run-up to Earth Day on 22 April.

The theme of Earth Day this year is “end plastic pollution”, with all the works carrying the hashtag #BreakFreeFromPlastic, a global movement envisioning a future free from plastic pollution.

Those who want to act against plastic can join the 60,000 people who have signed Friends of the Earth petition calling for the government to dramatically reduce the plastic pouring into our oceans.

And the British media is fully behind it:
When is Earth Day 2018, what’s this year’s theme and how can you help reduce plastic litter and pollution?

This is from the Mail:

Earth Day 2018 is just around the corner. For people of all ages and backgrounds, it’s a chance to help clean up their community and help save the Earth’s resources for the future.
Since its humble beginnings decades ago, the event has become one of the leading secular holidays in the world and is widely observed by environmental activists and everyday citizens alike.
But just what is Earth Day? When will it be held in 2018? Here’s all you need to know about what it is, when it is, how it started and common Earth Day activities. 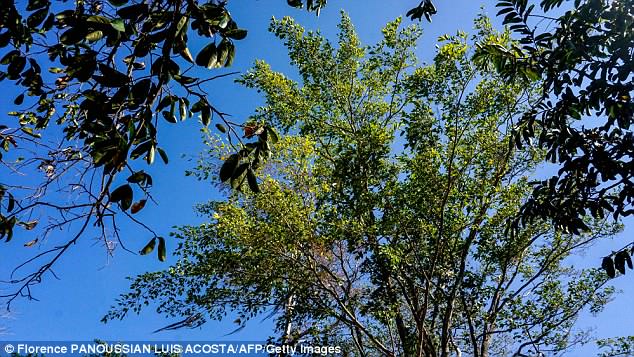 What is Earth Day?

Earth Day is an annual holiday held to promote environmental protection across the world. Its aim is to promote saving the environment through activities like cleaning up garbage, planting new trees and the like as well as calling attention to the importance of recycling and conservation.
The event first started in 1970 in response to the catastrophic Santa Barbara oil spill in 1969. Since then, the holiday has grown dramatically in participation and now sees roughly one billion observers from some 192 countries around the world. In recent years, combating climate change has also been a top priority for many Earth Day activists.
‘End Plastic Pollution’ will be the theme for Earth Day 2018.

Why is Earth Day celebrated?

Earth Day is celebrated to promote environmental protection and awareness on a global scale. Common Earth Day activities include planting trees, picking up trash, cleaning up rivers and lakes and other environmentally-conscious activities.

How many countries celebrate Earth Day?

Earth Day is currently celebrated in 192 countries all across the world by one billion people on an annual basis. This makes it the world's largest and most influential event designed to promote environmental protection.

What day is Earth Day this year?

Earth Day is held annually on April 22.
One of the event’s early organizers, Julian Koenig, reportedly decided it should be held on that particular date since it was his birthday and the rhyming of ‘Earth Day’ with ‘birthday’ seemed like a natural connection.

When was Earth Day first celebrated?

The origins of Earth Day date back to 1969 when the devastating Santa Barbara oil spill killed more than 10,000 animals along the California coastline and caused catastrophic damage to the region’s once-pristine environment.
In response to the disaster, environmental activists began to quickly organize to push for a day dedicated to protecting the environment as well as promoting environmental education and regulation by the government.
Peace activist and environmentalist John McConnell first proposed the concept at the 1969 UNESCO conference in San Francisco. McConnell believed that by setting aside a day to recognize environmental issues and enlisting ordinary people in helping to protect the Earth, the world’s environment could be better protected and resources better preserved for the future.
The inaugural Earth Day took place on April 22, 1970 and involved some 10,000 schools and 2,000 colleges across the United States.
Today, the holiday is believed to be the largest secular holiday in the entire world, celebrated by roughly one billion people around the globe in 192 countries.

Who was the founder of Earth Day?

Environmentalist John McConnell is widely credited as the founder of Earth Day, first proposing it in 1969 as a way to promote environmental protection and enlist citizens in cleaning up their communities.
McConnell was born on March 22, 1915 in Davis City Iowa. Though he passed away at age 97 on October 20, 2012, his push for the creation of Earth Day inspired millions of new environmentalists worldwide.

Common Earth Day activities include picking up garbage, planting trees and plants, recycling and other environmentally-proactive activities.
Information about local activities and events for Earth Day can be found at www.earthday.org.

The rising prominence of Earth Day goes hand-in-hand with Earth Hour, another event designed to promote awareness for protecting the environment.
Earth Hour was initiated by the World Wide Fund for Nature in 2007 as a way to involve everyday citizens with fighting climate change by turning off their lights and electrical appliances for one hour.
It was first started in Sydney in 2007 and has grown exponentially since, with people in close to 180 countries turning off their lights and iconic landmarks such as the Empire State Building, the Tower Bridge and the Eiffel Tower also going dark.