Great Trees of the Clyst Valley

As part of the Tree Week from the Arboretum...
Sidmouth Arboretum

... there will be a guided walk through Woodbury Castle and the Great Trees of the Clyst Valley:
http://eastdevon.gov.uk/media/2407962/s0252_countryside-events-guide-ss18_for-web.pdf

Our guided walk at Woodbury on 19th April is now fully booked! Let us know if you would like to be on a reserve list. Or check out our other #ClystValley spring and summer walks in the @wildeastdevon event guide http://eastdevon.gov.uk/media/2407962/s0252_countryside-events-guide-ss18_for-web.pdf … @WoodlandTrust @HLFSouthWest 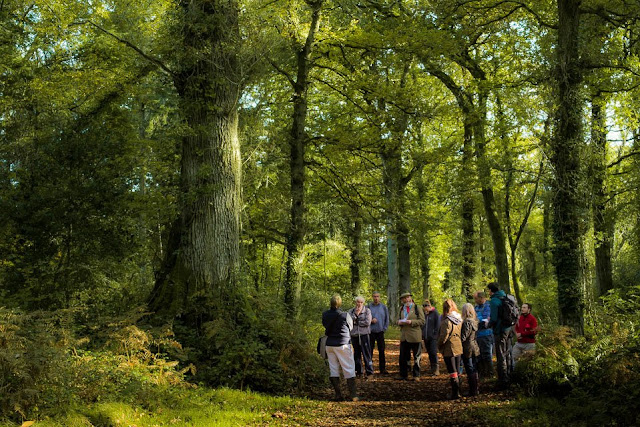 The Project has been part of the Arboretum's annual celebration of trees in November:
Futures Forum: Great Trees in the Clyst Valley @ Celebrating Trees with the Sidmouth Arboretum > Friday 24th Novemeber

All sorts of things are going on as part of the Project:

Cranbrook’s St Martin’s Primary School pupils have planted a Monterey Pine at the school to mark the start of their involvement in the Great Trees in the Clyst Valley project.

A gift from Clyst Honiton (the school’s old site), the pine was planted by students and East Devon District Council’s environment portfolio holder, Councillor Tom Wright.
“It’s important to get young people involved in projects like this to teach them about the vital role trees play in our environment,” said Cllr Wright. “Later this year, children will be able to gather, plant and nurture seeds from local trees, and in a further two years, plant out those saplings to create a really great woodland heritage around Cranbrook for themselves and their children.”
The Great Trees project aims to increase the number of trees in Cranbrook and the surrounding parishes of the Clyst Valley. The goal is to plant a new orchard, a new wood, restore 10 ha of parkland and protect 1,000 hedgerow saplings.
“As our climate is predicted to be hotter and drier in summer, we decided to put the tree in the corner of the sports field,” said Tania Beard, headteacher of St Martins C of E Primary School. “That’s because parents have raised the fact that there is little natural shade on the school site. This means there will eventually be more shade when the children are playing on the field in the summer months.”
Cranbrook pupils plant pine tree in Great Trees project | Breaking news & sport in Cranbrook | Cranbrook Herald

Great Trees in the Clyst Valley

March 22 at 10:45am ·
How big will the tree be at St Martin's C of E Primary School planted by their students? Here's Jon explaining to Cllr Tom Wright
East Devon District Councill Wild East Devon