It's happening tomorrow in Ireland:


'Shop and Drop' is Next Saturday.

Next Saturday, April 21st, is the Sick Of Plastic Day of Action on Supermarket Packaging. We're asking all our supporters to "Shop and Drop" - shop as normal in your local supermarket and then drop your unwanted packaging at the checkout after you pay.
Hundreds have people have signed up to volunteer outside supermarkets on the day. Thank you so much if you are one of them. And we've had more media interest in this than anything else we have ever organized.

'Shop and Drop' is Next Saturday. And we need your help! » Our Blog - Waving not Drowning » Friends of the Earth Ireland - Inspiring solutions for people and the planet

Supermarkets braced for ‘shop and drop’ day of action on plastics

about 15 hours ago
Kevin O'Sullivan 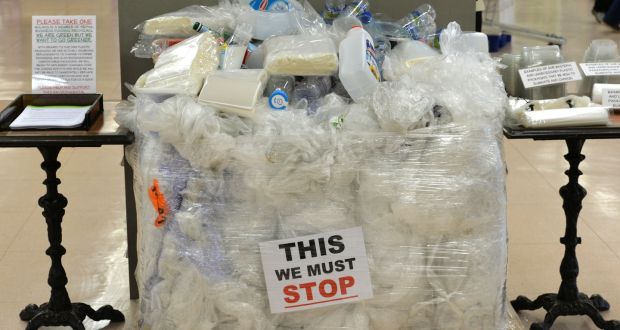 A display of plastic at Nolan’s supermarket in Clontarf, which is committing to eliminating unnecessary packaging from its shelves. Photograph: Alan Betson

This weekend hundreds of supermarkets across Ireland will have to deal with large volumes of extra plastic and cardboard handed back by their customers.

Saturday’s “shop and drop” initiative is to highlight excessive packaging, according to environmental groups, who are urging shoppers to politely remove packaging and leave it at the checkout. It is being organised by the “Sick of Plastic Campaign”, a joint initiative by VOICE and Friends of the Earth Ireland (FoE).

The day of action “gives voice to people”, by allowing them show their concerns about excessive use of plastic, and is far from being a token gesture, according to FoE director Oisín Coghlan. It underlined the need to reduce packaging, though it was not the solution to the problem, he said.

While the EU packaging directive, in his view, required outlets to take back such packaging, the protest would show the extent of what was being generated, and demonstrate its uselessness, as shoppers would “walk 20 yards” to the point of sale and give it back.

Already, the response of supermarkets was very positive, he said, while the initiative had prompted an unprecedented response from the public compared to any other previous FoE campaign.

Broadcaster David Attenborough, through his Blue Planet II series, was “the trigger rather than the cause” that prompted people to voice their frustration about plastic pollution, he said. “It gave everybody permission from the queen of England down to be annoyed.”
Plastic bag ban

Irish people recalled with pride what had been achieved by the plastic bag ban, yet the reality was that more plastic than ever was being brought home after shopping, Mr Coghlan said.

FoE facilitator Meaghan Carmody said the spread of more than 360 campaign volunteers, who will be located at supermarkets advising shoppers, was nationwide, “from Buncrana to Skibbereen and from Westport to Greystones”. They had alerted all major supermarket outlets, “so they all know beforehand” what was going to happen, she said. 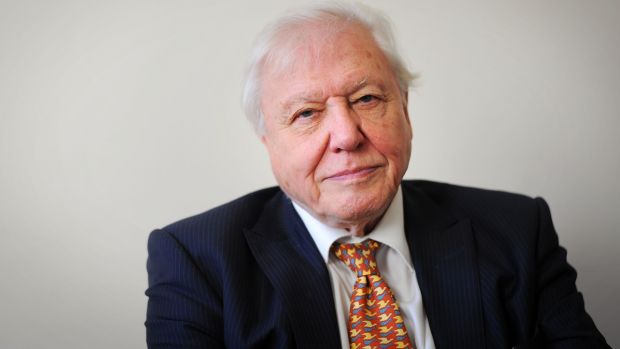 Speaking in the Dáil on Thursday, Minister for Climate Action and Environment Denis Naughten acknowledged the significance of the campaign. “The principles behind it are extremely valid, such as retailers offering more products without packaging or with easily compostable or recyclable packaging, as well as householders and consumers choosing products with compostable or recyclable packaging or using less plastic.”

He said he had worked successfully with major retailers on the issue of food waste and expected there would be a similar level of focus on plastics.

SuperValu said it was aware of the plastics protest and advised consumers “to contact their local SuperValu stores directly to see if they will accept packaging from their customers for recycling on that day”.

It has announced it is to introduce “fully compostable and biodegradable produce bags” in its stores, beginning with 70 outlets. It said it was committed to minimising use of plastic by eliminating, reducing and replacing conventional plastics.

They will replace the plastic bags used within the fruit and vegetable section, and facilitate customers using them to purchase loose produce. They are”designed to be breathable to help preserve fruit and veg placed into the bag” and can be filled with food waste after use and placed in brown bins for compostable disposal.

SuperValu managing director Martin Kelleher said: “Introduction of compostable produce bags is an important step for SuperValu as part of an overall commitment to reduce the use of plastics across our supply chain, and is part of our broader sustainability strategy to leave a positive impact on the communities that we operate in every day.”

A Tesco Ireland spokeswoman said: “We welcome our customers’ feedback and we will have recycling bins available in stores to accept plastic packaging customers want to return to us. We are a member of Repak which has led the way in improving recycling levels in Ireland.”

Tesco was aiming to reduce use of plastics through working with suppliers and by minimising plastic packaging in its own-label products, she added.

Some supermarkets, including Aldi and Lidl, already provide bins to cater for packaging removed by customers following purchases.

Supermarkets braced for ‘shop and drop’ day of action on plastics
.
.
.
Posted by Jeremy Woodward at 08:24