We like to blame the government or industries for the Earth's problems, but what we buy makes a big difference

We clearly like plastic:
Futures Forum: The truth about plastic: how to cure our addiction

There are more and more websites offering how to reduce our use of plastics:
How to Use Less Plastic Because We're Using Way Too Much - Lilfehacker
100 Steps to a Plastic-Free Life » My Plastic-free Life 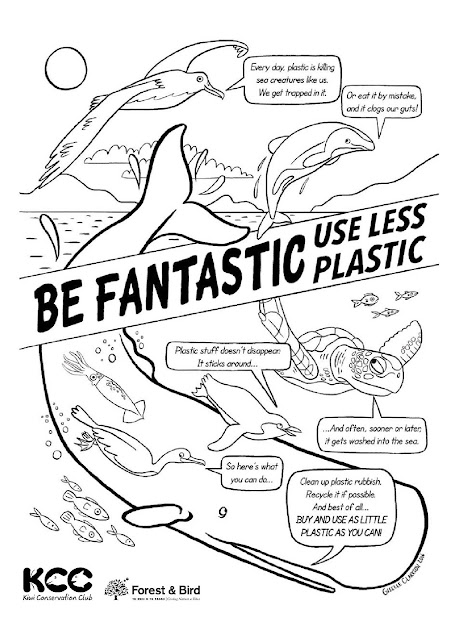 And we can make a difference:


We like to blame the government or industries for the Earth's problems, but what we buy makes a big difference

Summary: You won't make big cuts in your environmental impact by taking shorter showers or turning out the lights. The real environmental problem, a new analysis has shown, is embodied in the things you buy. 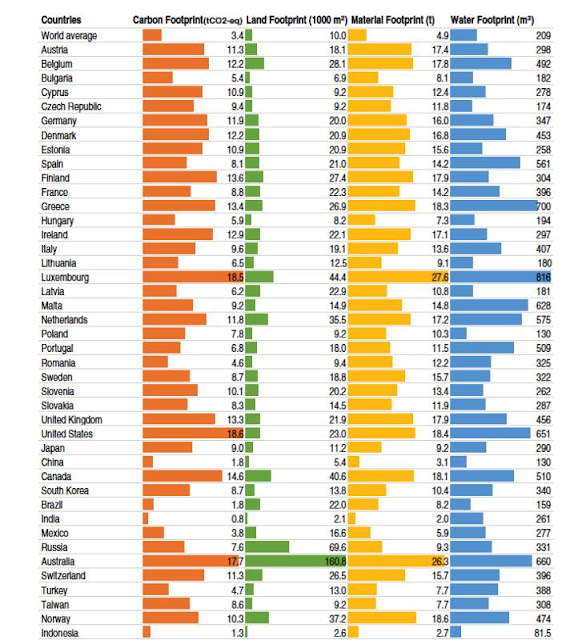 The world's workshop -- China -- surpassed the United States as the largest emitter of greenhouse gases on Earth in 2007. But if you consider that nearly all of the products that China produces, from iPhones to tee-shirts, are exported to the rest of the world, the picture looks very different.

"If you look at China's per capita consumption-based (environmental) footprint, it is small," says Diana Ivanova, a PhD candidate at Norwegian University of Science and Technology's Industrial Ecology Programme. "They produce a lot of products but they export them. It's different if you put the responsibility for those impacts on the consumer, as opposed to the producer."

That's exactly what Ivanova and her colleagues did when they looked at the environmental impact from a consumer perspective in 43 different countries and 5 rest-of-the-world regions. Their analysis, recently published in the Journal of Industrial Ecology, showed that consumers are responsible for more than 60 per cent of the globe's greenhouse gas emissions, and up to 80 per cent of the world's water use.

"We all like to put the blame on someone else, the government, or businesses," Ivanova says. "But between 60-80 per cent of the impacts on the planet come from household consumption. If we change our consumption habits, this would have a drastic effect on our environmental footprint as well."

The analysis allowed Ivanova and her colleagues to see that consumers are directly responsible for 20 per cent of all carbon impacts, which result from when people drive their cars and heat their homes.

But even more surprising is that four-fifths of the impacts that can be attributed to consumers are not direct impacts, like the fuel we burn when we drive our cars, but are what are called secondary impacts, or the environmental effects from actually producing the goods and products that we buy.

A good example of this, Ivanova says, is water use.

When you think about cutting your individual water use, you might think about using your dishwasher very efficiently, or taking shorter showers.

Those aren't bad ideas on their own, but if you look deeper, like the NTNU researchers did, you'll find that much of the water use on the planet is gulped up by producing the things that you buy.

Consider beef. Producing beef requires lots of water because cows eat grains that need water to grow. But because cows are relatively inefficient in converting grains into the meat that we eat, it takes on average about 15,415 litres of water to produce one kilo of beef.

Processed foods, like that frozen pizza you bought for dinner last night, are also disproportionately high in water consumption, Ivanova said. Making processed foods requires energy, materials and water to grow the raw materials, ship them to the processor, produce the processed food items and then package the final product.

This is particularly bad news when it comes to chocolate, which is one of the most water-intensive products we can buy. It takes a shocking 17,000 litres to produce a kilo of chocolate.

The researchers also looked at environmental impacts on a per-capita, country-by-country basis.

While the information is sometimes surprising--Luxembourg has a per capita carbon footprint that is nearly the same as the United States--it mostly follows a predictable pattern. The richer a country is, the more its inhabitants consume. The more an individual consumes, the bigger that person's impact on the planet.

But the differences between individual countries are extremely high, Ivanova said.

"The countries with the highest consumption have about a 5.5 times higher environmental impact over the world average," she said.

The United States is the overall worst performer when it comes to per capita greenhouse gas emissions, with a per capita carbon footprint of 18.6 tonnes CO2 equivalent, the unit used by researchers to express the sum of the impacts of different greenhouse gases, such as carbon dioxide, methane, nitrous oxide and sulphur hexafluoride.

The results for individual countries also reflect the effects of the electricity mix, or the fuel source that countries rely on for electric power. The prevalence of nuclear or hydroelectric power in countries such as Sweden, France, Japan and Norway means that these countries have lower carbon footprints than countries with similar incomes but with more fossil fuels in their energy mix.

For this reason, Ivanova says, a significant portion of household impacts from Sweden and France come from imports (65 and 51 per cent respectively), because the products that are imported are mostly produced with fossil fuels.

The researchers relied on an extremely large and detailed database that NTNU developed in partnership with colleagues from the Netherlands, Austria, Germany, the Czech Republic and Denmark called EXIOBASE.

The database describes the world economy for 43 countries, five rest-of-the-world regions and 200 product sectors, which allows researchers to ask questions about how different products or countries affect the environment.

They were also able to ask how an average consumer in each of the countries or regions affects the environment as measured by greenhouse gas emissions (tonnes CO2 equivalent), water use (in cubic metres), land use (in 1000 square metres) and material use (in tonnes).

No surprises: take the bus, eat vegetarian or vegan

The advantage of identifying the effects of individual consumer choices on the different environmental measures is that it pinpoints where consumers in different countries can cut back on their impacts.

"Households have a relatively large degree of control over their consumption, but they often lack accurate and actionable information on how to improve their own environmental performance," the researchers wrote in the journal article reporting their results.

Eventually, the goal is to be able to use this information to guide policy, Ivanova said. The effort is a part of the GLAMURS project, an EU-funded effort designed to promote greener lifestyles and environmentally responsible consumption in Europe.

In the meantime, two easy ways to cut your environmental impact are to stop eating meat, and cut back on your purchases, she said.

"Any activity where we have a choice of buying a product or using a service, the service will have much less impact," she said.

Story Source:
Materials provided by Norwegian University of Science and Technology. Original written by Nancy Bazilchuk. Note: Content may be edited for style and length.

Consumers have huge environmental impact: We like to blame the government or industries for the Earth's problems, but what we buy makes a big difference -- ScienceDaily