There are plenty of groups and think-tanks who have got something to say - with a talk planned in Devon next week:
Futures Forum: Food Sovereignty and Community Supported Agriculture >>> event 13th January at Trill Farm, Axminster

Which MPs have responded to: 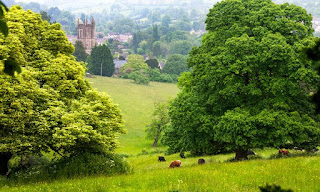 New trading relationships could lead to competition with nations with lower animal welfare and environmental standards. Photograph: Richard Wayman/Alamy
Brexit could harm the UK’s wildlife and farming, according to a cross-party committee of MPs, with key protections left as ineffective “zombie legislation” and farmers facing a “triple jeopardy” of lost subsidies, export tariffs and increased competition.
A new report from the environmental audit select committee warns that many of the rules governing food production and the environment in the UK come from EU law and that weakening of these rules would damage the countryside and reduce the viability of farms, food security and safety.
The MPs said that for the government to meet its manifesto commitment to “be the first generation to leave the environment in a better state than it found it”, ministers must commit to passing a new Environmental Protection Act before it triggers article 50 and starts the formal process of leaving the EU.
The MPs said it was concerning that the environment secretary, Andrea Leadsom, gave no reassurance that farmers would receive subsidies after 2020. But the report also recommended that if a new subsidy regime was put in place, it should focus less on direct income support to farmers and more on delivering public goods, such as preventing flooding, tackling climate change and boosting wildlife.
Brexit ‘zombie legislation’ could damage wildlife and farming, MPs warn | Environment | The Guardian
Environmental Audit Committee - UK Parliament

And during the first week of the New Year, there have been plenty of papers and pronouncements:

Brexit is an opportunity to rebalance British farming, report claims
The end of the Common Agricultural Policy in Britain will be a chance to subsidise sustainable farming, not wealthy landowners, claims a new report 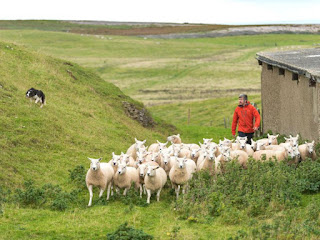 Small producers can benefit from Brexit
Brexit is an opportunity to reshape the British farming industry to support small producers, instead of subsidising landowners, according to a new report from a sustainability focused think-tank.
The report from the New Economics Foundation argues that a "new deal" for British farmers could save the taxpayer £1.1 billion, and radically alter UK food production.
The EU’s Common Agricultural Policy currently gives subsidies to farmers linked to the land they control, with wealthy landowners receiving large payouts ahead of small businesses.

Brexit is an opportunity to rebalance British farming, report claims | The Independent
We need to talk about farming | New Economics Foundation

After Brexit: What happens next for the UK's farmers?
5 January 2017 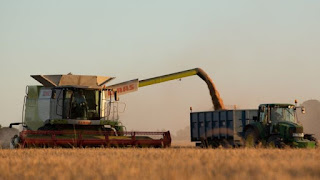 Farming has the most to gain - and lose from Brexit
Of all UK industries, farming could lose or gain the most from Brexit.
At worst Brexit could devastate the farming sector; on average 60% of farm incomes come in the form of EU subsidies.
The report by Informa Agribusiness Intelligence estimates that without subsidies 90% of farms would collapse and land prices would crash.
So far no one has said the subsidies will be taken away, or even that they will shrink.
Indeed, the government has promised to match them up until 2020.
But beyond that it has promised nothing.


After Brexit: What happens next for the UK's farmers? - BBC News
Brexit News and Analysis - News, analysis and expert comment on the CAP, agriculture, agribusiness, farm trade and the food industry worldwide 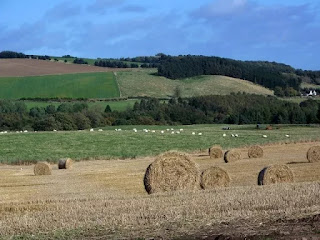 Brexit 'could be good news for Britain's farmers'
Farmers will reap a post-Brexit bonus as Britain is liberated from “over-bureaucratic” European Union rules on agriculture, according to a new report.
It argued that departure from the bloc will enable the government to better target financial help at the farmers who need it most.
The report from the Centre for Policy Studies (CPS) said that Theresa May has a “strong hand” to deploy in Brexit negotiations because of the UK’s £16.7bn annual deficit in food and drink with the EU.
And it concluded that Britain “can take full advantage of the potential benefits of Brexit” outside the bloc.
Farmers could 'reap a post-Brexit bonus when Britain leaves the EU' - The i newspaper online iNews
Reports - Centre for Policy Studies

And from before Christmas, a similar range of opinion from think-tanks was reflected in the media:
'Hard' Brexit will give Government 'fantastic opportunity' to LOWER food prices | Politics | News | Daily Express
'Decade of disruption' ahead in wake of Brexit vote, think-tank warns (From Wales Farmer)
NEWSNIGHT: EU migrant workers 'to be replaced by ROBOTS' once Britain quits the EU | UK | News | Daily Express

For more on 'robots on the farm', see:
Futures Forum: Artificial Intelligence on the farm >>> 'Though machines with AI are surprising in their adaptability and prospects for improvement, they still lack a very human factor..... common sense'
.
.
.
Posted by Jeremy Woodward at 12:20