As have local communities - with fund-raising events such as this in Ottery:
Ottery Refugee Response Group smashes target thanks to generous donations from community - News - Cranbrook Herald

And next month, there'll be a big fundraising event in Sidmouth:
Sidmouth Cooks for Syria event

- but book your tickets as apparently they're going fast: 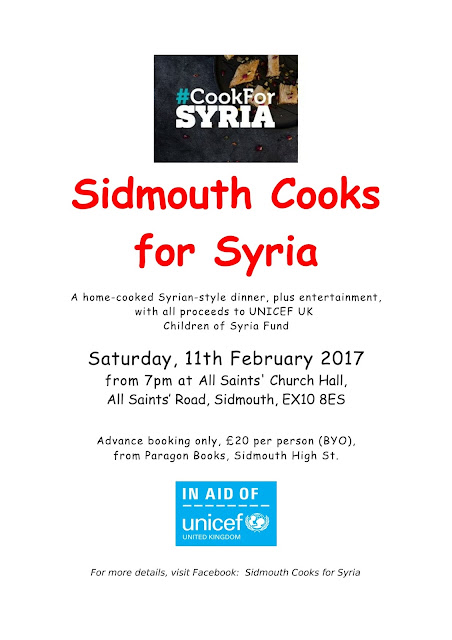 The Herald has given the event some great coverage: 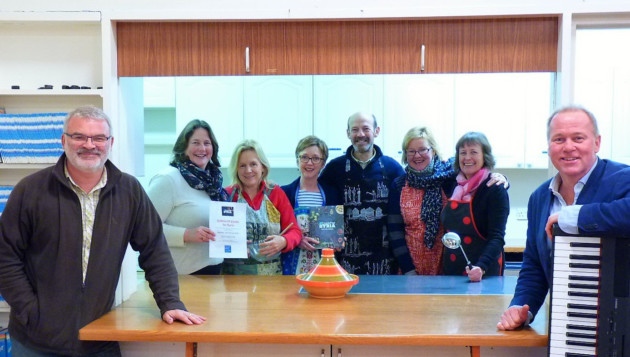 Helping to prepare the Cook for Syrian from (l-r) Rupert Crofts, Julie Wheeler, Ruth Hunt, Angie Carney, Huw Hennessy, Caitlin Hennessy, Hilary Levi, Sam (Clive) Salmon
A group of friends from Sidmouth are preparing to host a fundraising dinner to boost aid for Syrian children.
Huw Hennessy approached officials offering to house a family affected by the humanitarian crisis, but was encouraged to hold a fundraiser inspired by the successful Cook for Syria campaign.
Huw, a Sidmouth Primary School teaching assistant, approached friends to organise a buffet of Syrian dishes to raise donations for UNICEF UK’s Syrian Children Refugee Fund.
The group will take over All Saints Church hall on Saturday, February 11, to cook for up to 80 people.
Huw, who is also a travel writer and tutor, said: “Apart from raising money and awareness of the humanitarian tragedy that is Syria, we are also making this a truly local event, with lots of friends from Sidmouth and around coming together to cook special dishes and help out in the planning, plus free donations coming in from lots of local people and businesses for the meal itself and the raffle.”
The Cook for Syria campaign has raised more than £36,000, providing warm clothing and blankets for youngsters affected by the conflict.
Huw added: “I want to feel like we can do something. Even though we’re down in sleepy Devon, the problems of the world are on our doorstep. We are all part of the same world.”
The evening will also feature entertainment and a raffle, with donations from Sid Valley businesses.
Tickets (£20) include the meal and entertainment and can only be bought in advance of the event from Paragon Books.
Businesses can still donate food or raffle prizes by emailing huwhennessy@gmail.com