There are campaigns under way to give parks more protection:
Futures Forum: Are your parks and green spaces at risk?

And it suggests we "email your councillor calling on them to do all they can to protect our parks":

The more of us who contact our councillors, the more likely they are to feel the pressure. Please let your friends and family know about the campaign so they can add their support. If you'd like to share the campaign on social media, you can use the links below:

PS: If you get a reply from your councilor, please will you share it with the 38 Degrees team via this simple online form? That way, together, we can hold them to any commitments they make.
https://speakout.38degrees.org.uk/campaigns/1846/send_response

This email has just been sent to the Leader of the District Council:

As a resident in your local area, I’m worried about the condition of our parks. I know that the council is dealing with cuts to budgets every year, and having to make tough choices about funding and resources.

But parks are central to our community’s well-being. They bring everyone together, keep us healthy and active and for lots of us they’re the only way we can get outside.

There’s a group of MPs investigating at the moment, looking into the future of Britain’s parks, and I am supporting the campaign for a statutory duty to look after our parks. Shortly MPs will suggest what should happen next, but as the leader of my local council please could you tell me what you are doing to protect parks?

Parks are an issue lots of us care about. Lots of us think it would be a good idea to legally protect them, so we can secure the joy they bring to so many people for generations to come. Would the council support the protection of parks becoming a statutory duty?


This piece if from the Financial Times from last October: 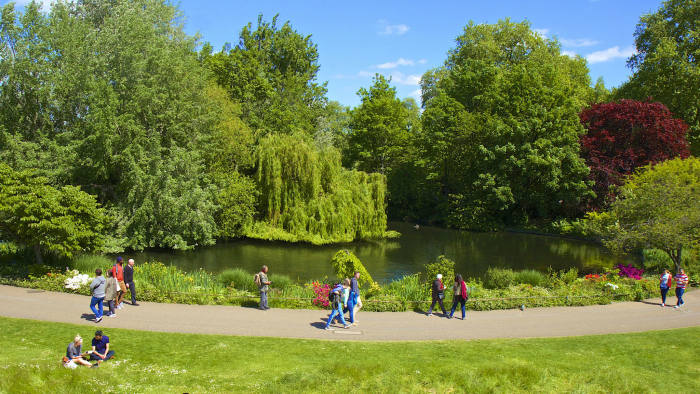 OCTOBER 3, 2016
by: Gill Plimmer
They were designed as “green lungs”, a place of respite and recreation for city dwellers. But the squeeze on local authority budgets is endangering the condition and health of Britain’s public parks, the Heritage Lottery Fund has warned.
Facilities could be closed and chunks of parkland sold off to developers, while almost half of managers report their parks to be in poor condition, the fund said in its submission to an inquiry into Britain’s parks by the Commons communities and local government committee.
According to research by the Heritage Lottery Fund — which distributes National Lottery money to heritage projects across the UK — 92 per cent of park managers have had their budgets cut over the past three years, and nearly all expect further declines.
The Fund fears the benefits of the £850m it has allocated to 800 parks in the UK in the past year will be lost. Three-quarters of local authorities have cut staff, losing skills in horticulture, landscape design and wildlife management, the report said.
The committee will examine whether parks are under threat from budget cuts as well as exploring new funding and management models. It will also look at the scope “for local authorities to generate revenue from park users” as well as “what the advantages and disadvantages are of other management models, such as privatisation, outsourcing or mutualisation”.
The inquiry has sparked protests from campaign groups such as WeOwnit, which fear a growing trend towards sell-offs and privatisation. More than 180,000 people submitted evidence to the inquiry, while hundreds of thousands more have signed petitions or contributed to surveys.
There are an estimated 27,000 public parks in Britain but local authorities have no statutory duty to fund and maintain them. The Heritage Lottery Fund found that sources of external income were increasing, with 22.5 per cent of funds coming from outside local authorities, a proportion that is expected to increase to nearly a third in three years’ time.
The bulk of that increase is coming from the community infrastructure levy, a tax on local developers, but parks are also increasing charges for using facilities such as tennis courts or car parks and are holding more ticketed events.
Examples of the growing commercialisation of park land include Battersea Park in London, where the private company Go Ape is charging parents for their children to be able to use the space. In Cardiff, where the council park budget has been cut by approximately a third over the past decade, the local authority is also relying increasingly on volunteers, the report said.
Meanwhile, in Bexley, south London, there has been a campaign against plans to sell off four green spaces across the borough to housing developers as the council seeks £56m in savings by 2020.
Councils respond that given the funding cuts, they need to find ways of raising money and protecting other services, including parks. A Wandsworth council spokesman said that allowing Go Ape to use “space in the trees that had never been used before enabled it to generate additional income that is helping us to maintain the park”.
Peter Craske, cabinet member for community, safety, environment and leisure at Bexley Council, told the local paper News Shopper in June that the borough’s budget for looking after parks, open spaces, playgrounds, cemeteries and grass verges had already been reduced by 47 per cent.
“As agreed in the 2015 budget, the sales will generate the funds needed to ensure Bexley continues to have some of the greatest parks and well equipped and popular playgrounds in London for many, many years to come.”
Paul Lincoln, acting chief executive at the Landscape Institute, which represents more than 5,000 landscape architects, said he was more concerned about the “shaving off of chunks of park than privatisation”.
“We are worried about the cuts to maintenance budgets but we are also worried that we will lose green spaces because once they are gone, we won’t get them back. They will be lost to local authorities and their communities forever.”
Britain risked losing its “fine tradition of creating publicly funded parks”, he added.
Dave Morris, chair of the National Federation of Parks and Green Spaces, said: “Rather than accept the deepening underfunding crisis we call on the public to demand these vital spaces become a statutory service to ensure they are well managed and secure for current and future generations to enjoy.”