Brexit: and neighbourhood plans: "with traditional power structures disintegrating and previously overlooked sectors of the population making themselves heard, the context is ripe..."

In the days after the referendum last June, there was all sorts of speculation about all sorts. Here's an interesting take on the neighbourhood planning process:

Room with a view - Independence Day for Neighbourhood Planning?

In the brave new post-Brexit world, with traditional power structures disintegrating and previously overlooked sectors of the population making themselves heard, the context is ripe for the rise and rise of the neighbourhood plan.

Developers hoping to build in an area where a new planning forum is proposed or a neighbourhood plan is in the pipeline ignore these local voices at their peril.

Room with a view - Independence Day for Neighbourhood Planning???

An anxious eye has been cast on the St Ives neighbourhood plan's decision over second homes: 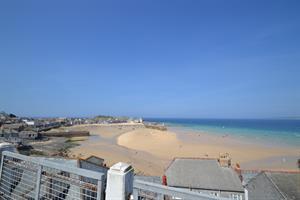 St Ives was the talk of the UK back in May 2016 during and after the St Ives Neighbourhood Plan referendum and recently has been in the press again highlighting the potential problems that the H2 agreement ( restrictions on new builds as second homes ) has possibly caused.

The issue with the H2 policy in the Neighbourhood plan is that it will affect the people that it was put in to help. The council don't build affordable homes, they are built by developers attached onto developments. Sadly the developers will not build as the restrictions put onto the new homes being built means that the funding is difficult to get for these developers to build, which effectively means not much ( not even the affordable which we do need ) will get built.

Brexit hasn't affected the market in St Ives at all, we might see the number of foreign investors increase as the exchange rate stays low but otherwise its been a non effect.

By their very nature, neighbourhood plans are about securing the future of a locality - and ensuring there is a future for local people:
Futures Forum: Neighbourhood Plan >>> "This is the chance for people across the Sid Valley to get involved in how their locality develops in the future."

But that's always been the point of 'localism':
Futures Forum: "An overwhelming majority of people want a bigger say over the development of their communities, and the benefits of successful localism would be huge: the planning process could be used to tackle wider societal challenges such as ageing, economic growth and environmental degradation, as well as engage communities about the issues that really matter to them."

A study published last month pointed to how a 'parochial outlook' acts as a pointer to other choices:

People who have little contact with those from outside their own neighbourhoods are overwhelmingly more likely to have voted for Brexit, according to the first in-depth study of the social attitudes that drove the vote to leave the EU.

Research, conducted by thinktank Demos indicates how the size of a person’s social network and their propensity to travel beyond their hometown, had a much greater influence on the decision individual voters took on 23 June than other factors such as income.

People who had socialised with friends from a different part of Britain were 9% less likely to have voted for Brexit than those who had not, whatever their income.

Those who had spent time with a resident of another country were 15% less likely. However adults who still live in their childhood hometowns are 10% more likely to feel globalisation had had a negative impact on their lives.

The results provide the clearest indication yet of a widening social and cultural gulf between Britain’s metropolitan areas, which were predominantly pro-EU, and provincial communities that backed Brexit.

According to the findings, voters in culturally diverse urban areas who socialise widely – such as Lambeth, where 79% backed continued EU membership – are much more likely to have positive attitudes towards the EU, globalisation and diversity.

Less mobile voters from rural communities hit by fast-paced, large-scale immigration – such as Boston in Lincolnshire, which polled 76% for Brexit – are overwhelmingly likely to take a negative view. Overall, those living in rural areas were 13% more likely to have voted leave.

Other significant factors in determining which side voters took on 23 June include ethnicity, with white voters 22% more likely to have backed Brexit.

Voters hostile towards same-sex relationships and the rise in the number of women in the workplace were also consistently more likely to have voted leave. Voters who believe increased ethnic and religious diversity has benefited Britain were 29% more likely to have been pro-EU.

The report also provides a stark illustration of the political divides revealed by the UK’s vote to leave. It finds that while Britons overall preferred consensual political leadership by a margin of 54% to 23%, less geographically mobile people were 11% more likely to want a “strong” leader who carried out their principles without worrying what other people thought. Young people without a degree are the group most likely to support strong leaders.

YouGov surveyed 1661 adults between 23 and 24 August 2016, weighted to reflect a nationally representative sample.