The revolt against the planning expert

Between the developer and the local community - we have a problem and a possible imbalance:
Futures Forum: 'Planning systems favour developers over communities'
Futures Forum: "Councils need to do more to identify suitable brownfield sites and to protect their communities against the threat of undesirable development"

We also have between them - the planning expert, who can be of great use to communities:
Expect more neighbourhood plan challenges in 2017, says expert, as parish council plan fails examination

This piece is from a couple of years ago:


The Death of Planning Expertise 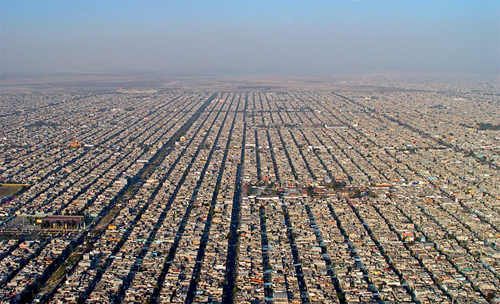 Yesterday a friend of mine sent me this article written by a city planner talking about the death of planning expertise. The article talks specifically about the rise of “community participation” and how it has undermined the modern planning process. (I guess it’s not just architects who feel undermined.)

…we have lost respect for “experts”—those who have knowledge and/or experience in a particular field—and have replaced it with a kind of “expertise egalitarianism” whereby everyone’s opinion is given equal weight. But it is not only that the layperson’s opinions are given equal weight, experts increasingly face outright hostility. Laypeople attack experts as being arrogant, elitist, and imposing, if not outright threatening, often because the expert insists he or she knows something the other does not. Even more ridiculous, rather than being viewed as helpful or even essential, expertise is viewed as harmful or even antithetical to community participation.

But to be clear, the author is not arguing for technocratic rule. He simply believes that community input has reached a point where laypeople with only anecdotal evidence are given equal weight as planning experts, and that it’s miring the planning process and causing less than desirable outcomes.
This topic is interesting to me for 2 reasons.
First, it’s interesting because we’re basically talking about a form of decentralization, which, just so happens to be one of the macro trends being ushered in by technology and the internet. It used to be that we couldn’t decentralize. Communication costs were too high and the ability to share information in real time wasn’t possible.
But today we can. So instead of, for example, only getting the news from one source (a newspaper, perhaps), we get it from millions of people on platforms like Twitter. We trust laypeople, just as much as we do “expert” reporters, to tell us and show us what’s happening in the world. Just yesterday I turned to Twitter to see what was happening with Toronto’s torrential rainfall (#TorontoStorm).
And as a result of this trend, we’re seeing startups like Popularise that are, in some regards, trying to decentralize the planning process. The platform allows communities to decide what they want to see in their neighborhood and then share it. Think your neighborhood could use an organic grocery store? Great, you can spec that on Popularise.
The second reason I find this topic interesting is because there’s a school of thought (let’s call it the “wisdom of crowds” school of thought, to name it after a book), which believes that in aggregation the opinions of many can actually be better than those of a few so-called experts.
And in many ways I agree with this—though there are a number of prerequisites that need be met in order for this to hold true. For example, you can’t have groupthink taking place, which I think you could argue is what often happens with NIMBY movements.
Nonetheless, there’s a shift taking place and it’s impacting not only the planning profession, but many others. In the end though, I don’t think it will make experts irrelevant. In fact, as industries continue to “open up” and as we harvest more and more data (that previously wasn’t available), I think we’ll all be surprised at how beneficial this ends up being.
Image: GSAPP


With a very different view:

An exhibit called "Spontaneous Interventions" is a photo- and text-based collection of guerrilla urban planning -- citizen-made bike lanes, roaming grocery trucks and websites featuring vacant buildings in hopes of finding buyers. Architects, designers and citizens alike are teaming up to take charge of urban planning that's by the people, for the people.