This week, the Sun was extolling the virtues of the Jurassic Coast for a staycation:

Craggy coves, cream teas, surfing and fossil hunting - there is plenty to do in Devon if you're looking for a staycation in 2017

Most heading to the South West will go to the magnificent but overcrowded beaches on the south and north coasts — but far fewer visit the dramatic Jurassic Coast in the East. 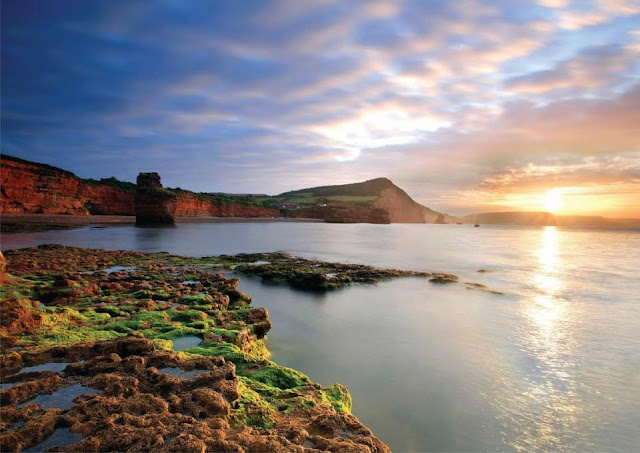 And after a five-day break at Ladram Bay, the reason for this remains a mystery to me. The views of the coastline are breathtaking, the beach walks are second to none and there is plenty to do to keep the whole family entertained.

The Jurassic Coast is one of the UK’s World Heritage Sites, ranking its natural beauty alongside the Great Barrier Reef and the Grand Canyon — the bonus being that you don’t have to spend hours on a plane to see it. It spans an incredible 95 miles from Exmouth in the East of Devon, all the way to Studland Bay in Dorset. It’s imposing and dramatic — and can teach us a little about our natural history too.

A dinosaur called scelidosaurus was found near Charmouth in Dorset and the coast is littered with fossils. Kids will love hunting for them, as well as unusual rocks and stones along the coastline as parents pause to take in the view.

We stayed at Ladram Bay Holiday Park — and the distinctive red sandstone stacks rising from the sea at this beautiful resort are an attraction in themselves. They are all that is left of natural rock arches that were once joined to the cliff face. The arches have since collapsed, leaving the stack behind, and these too will one day fall, overcome by the force of the sea — so see them now.

Splendour of Jurassic Coast’s Ladram Bay in Devon – The Sun

Meanwhile, revenues generally have gone up since last year:

Figures reveal that value of tourism in Devon is rising 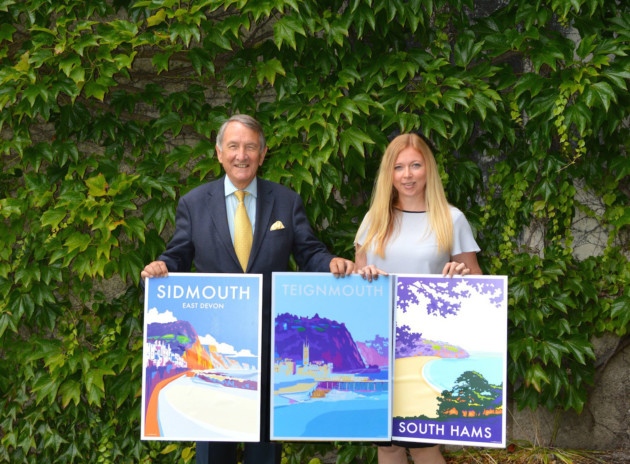 New figures have revealed that the value of tourism in East Devon is continuing to rise. In 2015 alone, tourism contributed £3.5million more to the local economy than it did in 2014, rising to £252.5million.

The figures come from a new report provided to Visit South Devon and the Devon Tourism Partnership, which analyses trends in tourism year-on-year.

The latest findings show that UK-originated and overseas trips to East Devon increased four per cent to 521,000 trips in 2015, compared to 502,000 trips 2014. The average number of nights per East Devon trip rose by eight per cent, equivalent to 166,000 additional nights in the local area.

Associated spend by tourists visiting from outside the local area leapt by £7.6million to £117.3million in 2015. However, income from day trips fell by £4.1million to just over £135million – equivalent to a three per cent drop.

Sarah Stride, acting general manager for Visit South Devon, which is responsible for the marketing of Mid and East Devon following its merger with Heart of Devon in September, said: “The latest economic impact figures show a positive trend with growing visitor numbers and increasing spend.

“This demonstrates the clear economic importance of tourism and shows the need to continue marketing all the many attractions of East Devon to visitors, both domestically and internationally. Despite a drop in day trips, which can in part be explained by the unsettled weather over the main school holidays, the average amount spent on day trips was up overall.”

Looking forward to the 2016 tourism figures, Sarah said that Visit South believes that the upward trend in visits to East Devon, and overall spend, is likely to continue. “2016 has been a solid year for tourism, aided by the long Indian summer and growth in demand for staycations following Brexit,” she added.

“East Devon’s captivating countryside, its stunning Jurassic coastline and many tourist attractions have helped to entice visitors back year after year, and with new reasons to visit, such as the Pig at Combe and Seaton Jurassic, we have every confidence that the upward trend will continue, especially once the new super Area Tourism Partnership website for Mid, East and South Devon launches later this year.”

A new website incorporating Mid, East and South Devon will be launched in December following the merger of Heart of Devon and Visit South Devon’s boards earlier this year. Tourists searching for Heart of Devon destinations and attractions from December will be redirected to the new website, which will host an expanded portfolio of area destinations, new area content and information about events, things to do, attractions to visit, places to stay, drink and dine in. For more information on Visit South Devon visit: www.visitsouthdevon.co.uk

In other words, East Devon does not have its own dedicated tourist website.

Which seems to indicate a lack of official interest:
Futures Forum: The growth of tourism in East Devon - and the complete lack of interest from the authorities

Looking at the longer-term trend it definitely does not look good at all:

“East Devon visitor numbers have declined sharply and the nature of tourism is changing.