The Seafest has always been about celebrating Sidmouth's sea heritage:
Futures Forum: "Creativity on the Coast" >>> art and fishing in Sidmouth "to keep the town's heritage alive for future generations"
Futures Forum: Sidmouth Sea Fest: "Celebrating all things oceanic... and what the Drill Hall could be if it reopened."

We can look forward to a truly inspiring Seafest this May:


Sidmouth’s maritime heritage to be immortalised on screen 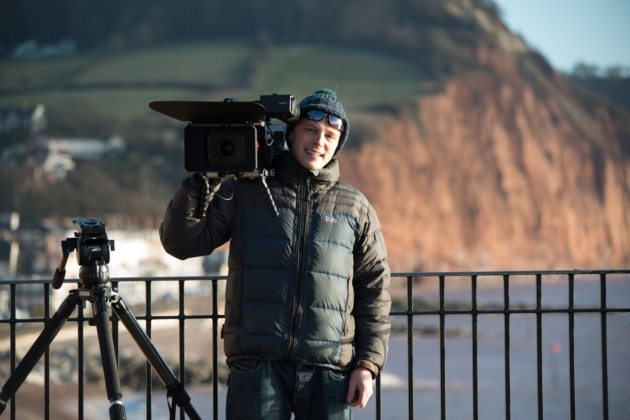 Sidmouth based film maker, Simon Vacher. Ref shr Simon Vacher-6. Picture: Alex Walton
Award-winning team to premiere film at town’s annual Seafest celebrations
The legacy of Sidmouth’s fishing heritage is set to be immortalised in a pair of unique films that will be premiered at Sea Fest in May.
Organisers of the annual coastal celebrations are the driving force behind a project they hope will boost the town and engage people with the ‘incredible’ stories behind its maritime history.
Acclaimed Sidmouth-based cameraman Simon Vacher – along with award-winning writer and director Jo Stewart-Smith - is set to capture the community’s coastal connection on film. A premiere screening on the Ham will mark a first for the town.
Sea Fest organiser Louise Cole said funding has already been secured for two short films. One, financed by The Devon Education Fund, will expand on the Creativity on the Coast workshops which aim to give young people an appreciation of the sea through art.
She said: “The second film we have secured funding for will be a 10- to 15-minute documentary-style film about the fishing heritage and importance of the coast and its current use by groups and organisations, such as Sidmouth Lifeboat and the sailing, gig and rowing clubs.
“We felt there was a strong narrative and story to be told of the last fishing family in Sidmouth – the Bagwells - relating it to the town’s wider fishing heritage.
“We decided that we needed to make a film which is reiterating the story as told by Stan Bagwell, but much wider. We will make it available for everybody and it can support and promote Sidmouth now through looking at its heritage.
“It’s a real community asset, so all businesses, hotels and groups will be able to upload the film onto their own websites. It’s a heritage resource about promoting Sidmouth’s fishing heritage and it will be freely available.”
Sea Fest launched four years ago as a community-wide celebration of all things in, on and by the sea and Louise says this year will be bigger and better than ever – with exciting plans to extend into the evening.
Simon said: “One film will help promote sustainability and educate young people about fish through a series of workshops involving gyotaku [a Japanese art form that involves creating fish prints using actual fish].
“The second story is centred on how people engage with the coastline, the communities and the heritage and how it’s connected with the town.
“We hope to get people engaged with the fishing community and from a film maker’s point of view; there are so many elements that will make an incredible story.”
The Sid Vale Association’s (SVA) Keith Owen Fund and East Devon Area of Outstanding Natural Beauty (AONB) will finance the documentary film.
It will be produced for a debut screening at Sidmouth Sea Fest 2017 under the video production collaborative Butterfly Effect Films. A host of free, fun events and activities are planned for the Ham on Saturday, May 13, leading on to a ticketed evening of live music and the film premiere.
Tickets will be available to buy for the nighttime line-up and further details will be confirmed shortly.

Sidmouth’s maritime heritage to be immortalised on screen - News - Sidmouth Herald
.
.
.
Posted by Jeremy Woodward at 15:48